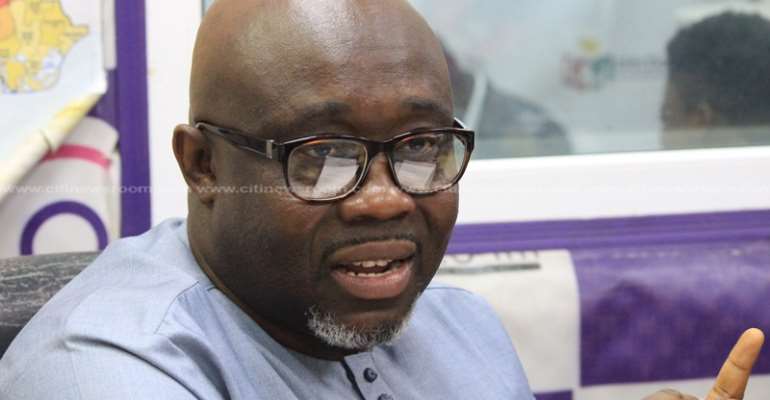 Deputy Minister of Communications, Nenyi George Andah has said that contrary to assertions that KelniGVG has been paid US$7.5million, the company has been paid only US$2.98million representing two months pay.

He said out of that amount, National Communications Authority (NCA) paid US$1.192m representing 40% and the Ghana Revenue Authority paid the remaining US$1.788m.

George Andah was speaking to editors and senior journalists at forum to finally explain the common monitoring platform deal with KelniGVG Limited to journalists.

The US$89 million five-year contract for a common platform by the Ministries of Finance and of Communication for the real time monitoring, has been awarded to KelniGVG Limited through a restricted tender process.

The deal is for the vendor to monitor both domestic and international telecom traffic, revenue assurance, fraud management and mobile money monitoring.

The build, operate and transfer (BOT) contract, signed December 27, 2017 only came to light last month, and has since come under heavy and protracted public scrutiny, particularly the contract fee, the choice of a vendor and issues of consumer privacy and data protection.

The Deputy Minister has been at the forefront of explaining the prudence of the contract and the fact that it is in fulfilment of the Communications Service Tax (Amendment) Act 2013, ACT 864, which authorizes the two ministers to establish a common monitoring platform and enjoins telcos to allow real time monitoring of their traffic.

It has been five months since the contractors started building the monitoring system on the premises of the NCA, which journalists saw during a tour of the facility, and critics have said government has paid $7.5million so far, even though the vendor has not started monitoring yet.

But George Andah explained that since it is a BOT model, the vendor has shipped US$50million worth of equipment into the country already so it would have been prudent to have paid them US$9 million to cover the entire contractual six months building period, but government has paid for only two months.

Another Deputy Minister of Communications, Vincent Sowah Odotei also explained that because it is an international contract, the vendor, KelniGVG had to go a borrow money to start work even if government has not paid anything yet.

He said "we cannot make the vendor suffer because the banks will be charging their monthly installment so we also have to pay ours to the vendor per the terms of the contract, even though we are yet to start making money from their work."

Vincent Odotei said the more government delays in making monthly instalments, the higher the next monthly installment goes, because per the terms of the contract "we are supposed to pay $9million by the close of June."

Minister of Communications, Ursula Owusu Ekuful emphasized that government has not awarded a 10-year-contract worth US$178.9 million to KelniGVG, as critics have repeatedly said, but rather a five-year contract worth US$89million renewable for another five years if government finds it worthy.

She said the value of the deal does not only lie in the relatively lower contract sum, compared to what two previous vendors were paid for only two services, but also lies in the technology and knowledge transfer components of the deal.

"The vendor is required to refresh the equipment every three years and also work with and train the workers of NCA and of Ghana Revenue Authority (GRA) to man the system when the KelniGVG finally hands over to government," she explained.

Director-General of NCA, Joe Anokye said the KelniGVG deal has great value for money because for the first time it will enable government to generate its own Call Detail Records (CDRs) and compare with those of the telcos to ensure the accurate taxes and fees are paid.

Government had earlier projected some one billion dollars expected from the telecoms sector over the next five years and they believe the deal will help to secure that money for the state.

Covid-19: 5G Network Is Not The Cause – NCA To Ghanaians
57 minutes ago