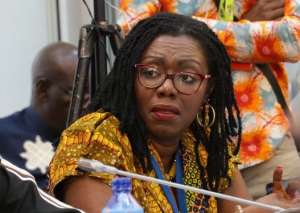 Months ahead of the raging controversy over the US$89 million Kelni GVG deal, the company started its fraud management assignment, and has since detected and blocked some 3,930 SIM cards being used for Simbox fraud.

Simbox fraud is a practice where some criminals use local SIM cards installed in simboxes to terminate incoming international calls by bypassing the international gateways of the telecom operators with the help of cohorts abroad.

By so doing, the fraudsters deny telcos 13 cents on every minute of inbound international call, and also deny government 6 cent per minute plus taxes on the telcos' 13 cents.

Kelni GVG equipment are not connected to any telco's network yet; but they do not necessarily need connectivity to telcos for fraud management.

Deputy Director, Engineering at the NCA, Edmund Fianko told journalists on a visit to the KelniGVG's Network Operations Centre (NOC) at NCA that with the help of partners abroad, "we generate at least 5,000 calls from 57 countries into Ghana every day, and we are able to detect SIM box numbers based on how the calls are terminated on SIM cards installed in our detectors."

"Currently, because we are not connected to the telcos we have our own SIMs installed in our detectors and the 5,000 calls from the 57 selected countries are made daily to our numbers and depending on how they appear on our monitors we know if there is a bypass or not," the Director-General of NCA Joe Anokye added.

He said the fraud management set up allows NCA to see daily trends of simboxing and which telco's SIM cards are being used most for bypass international traffic termination.

The contract
KelniGVG has a five-year contract worth US$89million to build, operate and transfer (BOT) government's common monitoring platform for the telecom industry.

Under the contract, they are to offer four key services; real time domestic and international traffic monitoring, revenue assurance, mobile money monitoring and fraud management, which they have started.

They are to do so in close collaboration with staff of the NCA and Ghana Revenue Authority (GRA), on behalf of the Finance and Communications Ministers, who the Communications Service Tax (CST) law enjoins to do real time monitoring of telecoms traffic for revenue purposes among other things.

Privacy concerns
The company is yet to get connectivity with the telcos, who have raised concerns about customer privacy and data protection, saying that the architecture of the monitoring equipment indicate to them that Kelni GVG and government can spy on telco's customers, which also violates the same CST law.

Value for money
The deal has also been called out by civil society organization, IMANI Ghana as unnecessary and a waste of money.

But government has said there is value for money, in that two companies previously hired to offer two of the four services under this new contract, were paid a total of US$2.6million a month, but government is paying US$1.49 million a month for four services, plus training, fresh equipment every three years and the complete transfer of equipment at the end of the contract period.

Deputy Minister of Communications, George Andah has also said that, based on measures put in place, government projects to raise US$1billion in taxes from the mobile telecoms sector over the five-year contract period, and he believes spending $89million to secure that money for the state is worth it.

Communications Minister Ursula Owusu Ekuful also told Parliament that "We expect a minimum of 20% increase in tax revenues for the (telecom) sector as has been witnessed in other jurisdictions where this platform operates."

Injunction
The project, however face a threat of being stalled by an active court injunction, but government insists that will not affect the June 11 deadline for telcos to connect to KelniGVG because they, the telcos, are not party to the lawsuit.

Moreover, another civil society group, OccupyGhana and some individual Ghanaians are also threatening court action if their network providers connect to KelniGVG probes.