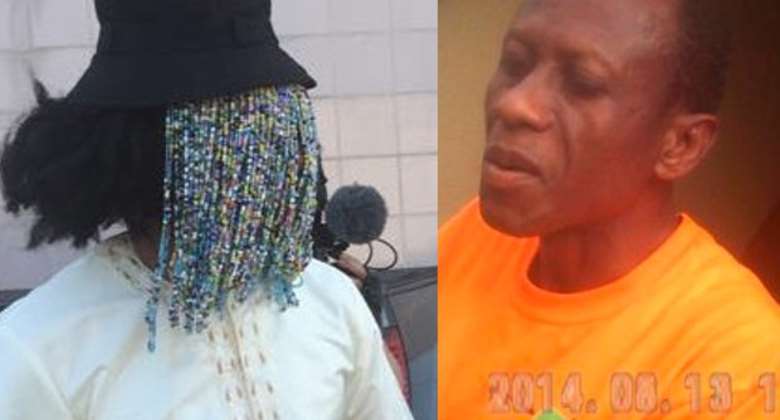 World-known greatest investigative journalist, Anas Aremeyaw Anas yesterday on his official Facebook handle, explained why he undertook the exercise of exposing corruption in the activities of the Ghana Football Association (GFA).

It was a very lengthy submission. Some people who made comments stated that they were unable to read the whole story but got the gist of it by reading few line lines. One thing that must be stated is that Mr. Anas was poetic in the introductory lines of his submission.

The story can best be described as a satire, with its tone and mood depicting despair in Ghana football. Below is the poem.

It’s not my domain and I have done my best to remain in my terrain.

Yet have I been hounded with a refrain of pleas I can no longer restrain.

Our game is on the wane,

And the very officials in charge are the bane.

No matter how you train,

However much you strain,

You labour in vain,

For the main actors have a stain on their brain,

And no blood of honour in their vein.

Literature experts are not alien to this kind of exercises. Back in school, perhaps the initial questions to emanate from such a poem will be to identify the literary devices, rhyming scheme, tone and mood, themes, the person’s attitude and what have you.

Knowing Anas for the past few years, I can say he is not somebody very inclined to sports, most especially football. However, during the 2006 FIFA World Cup in Germany, he sat outside one of the stadia during a match, wrote what was happening and still won an award.

His least desire for football and willingness to “remain” at the areas he likes best in fighting corruption are evident in the first couplet (two lines) of his decima -“It’s not my domain and I have done my best to remain in my terrain. Yet have I been hounded with a refrain of pleas I can no longer restrain”.

Here, he narrates that he has “done his best” to stay in his “terrain” where he could be much comfortable. However he had been “harassed” with lots of “pleas” “he can no longer” cope with. This narrates what motivated him to investigate alleged and perceived corruption at the GFA.

The tercet (three lines) which follow the couplet state emphatically that the beauty of Ghana football have dwindled – “Our game is on the wane”, whiles Anas accused the “officials in charge” to be the cause of the problem.

At this stage, it clearly tells that Anas might have gotten some concrete facts in order to put across this allegation, an allegation which has caused someone’s job quite recent.

The final quintet (five lines) of his decima, suggest the pitiful mood of some dedicated players who train extra hard to win points on the field in order to bring smiles on the faces of their vociferous fans; only for the score-line of the said matches to have been decided indoors already by the “main actors” involved.

He ended by stating that these actors have no respect for Ghana football which is seen as the passion of the nation.

“No matter how you train,

However much you strain,

You labour in vain,

For the main actors have a stain on their brain,

And no blood of honour in their vein”

Anas Aremeyaw Anas used a ten line poem to tell a satire. In literature (poetry), a ten-line poem is called decima. Those who write and perform decimas are called Decimistas or Decimeros. Anas’ decima in his recent work depicts despair in Ghana football.

In Puerto Rico and some parts of Lartin America, decima is often sung and improvised (Robert Lee Brewer, 2015). Who will sing for us? I choose Shatta Wale for the main track and Patapaa Ft. Sarkodie for the remix.