Half Facts Are Full Lies! 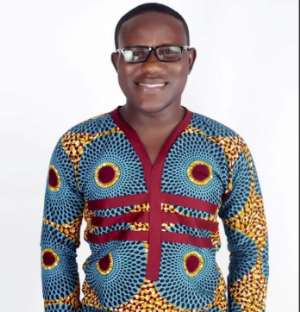 I met a young man last weekend― an ambitious young man. I had known him for a while and knew he should have been in third or final year in university by now. I probed into his academic life after we had engaged in a chat for a while.

“Oh I quit school oo,” he let out loosely.

“You what!?” I awed.
“I had this great business plan and I think school was going to get in my way so I quit. After all, Mark Zuckerberg quit too and made it all the same!” he compared.

“Mark quit but did you know his financial background was good enough to cushion him even if he failed?” Do you know how well he had answered the “what if” questions before quitting? Do you even know that he recently went back to complete school?”

“Oh saaaa!?”
I remember how back in our Physics class in high school, we were always reminded that some theories were true only after some conditions like pressure, temperature, etc had been held constant. In other words, if these were not constant, results may be different everywhere!

In life, conditions are not constant. Thus, results can differ. The conditions that made one succeed somewhere may not be the same conditions everywhere so… don’t leap at a similar risk because you were only exposed to half facts. The fact that it worked in Barbados, for instance, doesn’t mean it will work for another in Chorkor, GH. This is why one should have all their facts right before jumping at a risk.

I have met many who take inspiration from others to do what they do. The red flag, however, is when they don’t know the full facts of their inspiration’s situation. When you run with half facts, you eventually grind to a halt when reality comes slamming in your face. If you always take decisions based on the half facts of others’ success, failure will continually be your companion.

The foundation of success is the knowledge of yourself― knowing how unique you are. The first thing you need to know is that you are uniquely fashioned. When you know yourself, you’ll know that what works for others may not necessarily work for you. The conditions that made others successful may not necessarily make you a success, too.

Know yourself and take decisions based on your prevailing circumstances. If you may want to live someone’s life, get your facts right― all of them. If you want to have a wedding similar to theirs, get every information right. Some flamboyant weddings were fully funded by well wishers while others were fully funded by loans. If you don’t know your place in life, you’ll bite more than you can chew!

When you see the pomp, ask for the FULL facts. When you see the display of luxury, ask how much debts they still have to pay. Some things that glitter can sometimes be rusted wood coated with gold. Don’t just fall for it because all you could see was the golden layer. Don’t run your life with half facts. Half facts are full lies!

When we take rash decisions because of the scanty facts we were exposed to, our dreams end in a rush. When we are deluded by the façade of other people’s lives, we soon become disappointed when reality slaps us in the face.

Always get the full facts before you compare. Be certain about every detail of an opportunity before you jump at it. Some gateways may be death traps. Some tips may be pits. Knowing only a little about them is just not enough!

The decisions of many today are hinged on the little facts they are exposed to. They make no effort to delve into the deeper facts. With the little they know, they start taking decisions to do much. You see, little facts are dangerous. When all you know about a lion, for instance, is that it can be a good pet, you risk your life when you bring it home only to find out what it feeds on!

Many of us would have saved ourselves a lot of stress if we had taken a little while to know the full facts before leaping at some risks. We would have avoided so many troubles if we had taken pain to consider the resources others had to do what they did. Running with just rumors is risky.

Guess what. I met this friend today, too. He wants to relocate to America. Maybe… just maybe… he can get the full facts there. I had no other option than to wish him well. Haha.

The writer is a playwright and Chief Scribe of Scribe Communications (www.scribecommltd.com), a writing company based in Accra. His play TRIBELESS is on Saturday, June 16th, 2018 at National Theatre.

Kennedy Agyapong will win NPP’s primaries because of his hon...
18 minutes ago

You disgraced yourselves and the entire country by booing Ak...
25 minutes ago