Resist US Colonization Of Ghana In The 21st Century 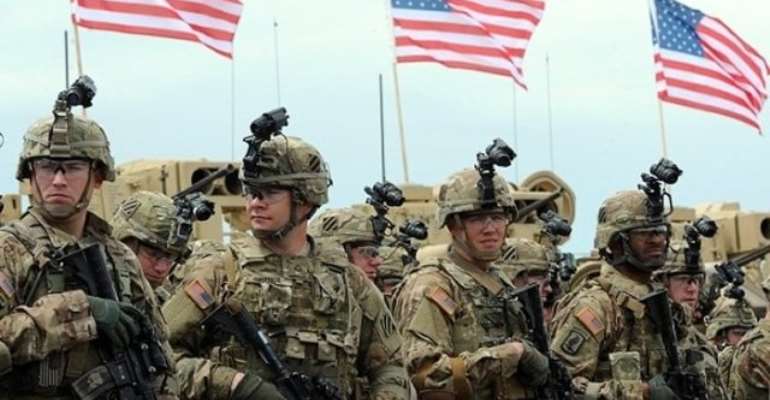 Since the foundation of Nation States, none has ever betrayed their nation and traded their loyalty as citizens for money in the most shameful and openly embarrassing manner as President Akuffo has done to Ghana in 2018.

He has effectively ceded our sovereignty to none other than the United States of America, a country solely responsible for our economic retrogression, the nation that masterminded the overthrow of Dr Kwame Nkrumah in the 1966 coup, at a time Dr Nkrumah was developing Ghana at a rate faster than the USA economy.

By the President's actions, Ghana has become one of the US states, with only decentralized powers to make arrangement to govern the Federation or State in as long as those arrangement aligns themselves with the policies and ideals of the central government of America or the President of the united states of America.

But long before this, Kwame Nkrumah in waging the war on colonialism in Ghana had said we prefer self governance in danger to servitude in tranquility.

He was right. Any talk of this law being in the corporate interest of Ghana amounts to white lies and a mockery of our intelligence especially when Ghanaians are not entitled to similar terms of this agreement in the Jurisdiction of the USA. This not international bilateral relations. This is slavery equal to the treaty of 1831signed between the British and the Fante chiefs for protection against the Ashantes. The annoying thing is that Ghana is not at war and yet we are being drafted to fight wars of the United States like our fathers did for the British in world war 1 and 2 in colonial Ghana. And what was the lot of the ex- Service men and Ghana afterwards?

It is a shame, that Ghana, the first black African country to win independence and the champion of independence struggle in Africa could be annex as a U S colony in 2018 without a single bullet being fired, when in fact the struggle for Ghana's independence saw ordinary Ghanaians shedding their blood for today's generation to be able to hold up their own among the community of nations as citizens of Ghana and not slaves of another country. we traded our freedom away freely for a paltry $ 20m.

But our fathers will not die in vain. We have been called upon to resist oppressors rule. We will not fail to defend our heritage. We are ready to rebel and to defy authority until Ghana is restored to Ghanaians. May God help us if anybody becomes an obstacle. What is at stake is Ghana.

As for those who brought us here, may their place in history be well documented. And may posterity never forgive them.

In these coming days things will heat up and take shape. You are either for Ghana or against her. Our mission is simple. The agreement should be remove from our laws and flushed in the toilet. Unless that, our leaders cannot count on us to support them, for they have acted against the interest of Ghana and subverted the constitution. Even more we will stage public protests, media campaigns, solidarity marches, town hall meetings, lectures, vigils, boycotts, and many other civil disobedience until our government delete this agreement from our laws.

Did we elect leaders to help us or destroy us?
Akyena Brantuo Benjamin.
[email protected]