Correction: It Is Shatta House SM-VGMA Not Charter House VGMA 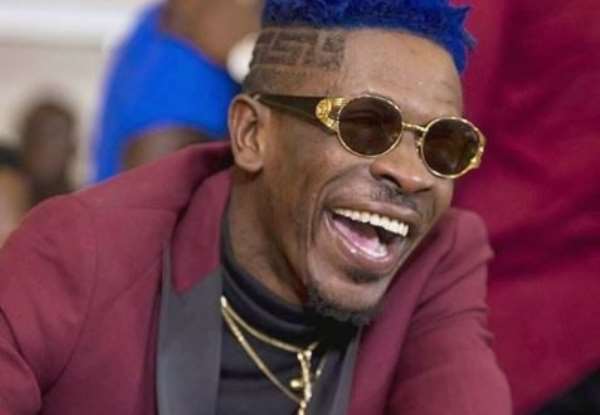 The readmission of Shatta Wale into the VGMA scheme this year is in the selfish business interest of Charter house than the nominee, who has kept his place at number one in Ghana music without the VGMA platform for years and has through hard work, attracted unprecedented lucrative management contract, international endorsements, and headlined all the major events in the country, including an endorsement from the president. Clearly, the award scheme has been bleeding without him.

This opportunistic move from Charter house is a last minute strategy, following the sudden passing into glory of Ebony, to resuscitate the dying scheme, which badly needed to make a business statement, by having an artiste onboard, who has the capacity to get the general public to purchase tickets, create enough euphoria to meet advertisers' expectation, and give the organizing brand strong international press for outside Ghana business contracts and future sponsorships.

With Ebony dead, who was going to do that apart from Shatta Wale?

Since Shatta Wale was unfairly excluded from the awards some five years ago, it has never been the same again.

Significantly, it lost respect since it was clear the man with the greatest hits, airplays, shows, endorsements, sales, trending at number 1, with massive following, etc was not being awarded.

It became apparent to even the disinterested observer that those being awarded were undeserving. This killed the public interest in the scheme.

Shatta Wale had left the awards with the souls, spirits and minds of several thousands of Ghanaians who over the years made the award scheme a prestigious event. But who thought the young man was unfairly victimized for expressing his view, a view many industry players shared but lacked the courage of their convictions to publicise.

Such views included industry players faulting the credibility of the awards arising from having judges who were known brand managers of some artistes competing for some awards and the question of the exact effect of the public voting on the final outcome of the results. Since it was apparent the winners emerging from the awards were favorites of the awarding company and not those with popular appeal.

Shatta Wale in 2013 may have been wrong in disputing that Kaaki deserved the Raggae/dancehall artiste of the year but how else was he going to verify the truth when processes leading to having a winner was so controversial and opaque?

Even troubling is the fact that those who dare criticise the awards scheme or members of the VGMA board, including individuals associated with the awards were banned from future participation and sometimes, dragged to court as happened in the specific case of Shatta Wale, the SM boss.

The reintroduction of Shatta Wale this year into the awards scheme without him satisfying the conditions of the awarding organization's apology shows that now Charter house looks weak. It is clear it erred and it has been forced to eat back its vomit publicly. This openly embarrassing spectacle has lessons for everyone.

1. The powerful and rich use their influence to bully the weak rather than help them. Bringing back Shatta Wale when the scheme was collapsing and excluding him while he needed a platform to promote himself shows the opportunistic relationship between the weak and the strong. What most people call help in Ghana is not. It is just a marriage of convenience. Which benefits the powerful more.

2. 'Right is might.' This injustice from Charter house persisted because it was powerful. The poor man has no friend.

3. Pride comes before fall. Charter house is here today because it failed to humble itself to the voice of reason when it mattered most.

4. You can't be powerful forever. Charter house is now crumbling by the exclusion of one man in an industry it once was absolutely powerful. That is life. Today you are up, tomorrow you are down. So be careful how you treat those on your way up. You might meet them on your way down.

5. The strong must always know that they are so because of the weaker person. If there is no weaker party, there cannot be a stronger person. And it is a number of weak points which come to hold a stronger knot.

6.The youth must stand up for their right as Shatta Wale did. Today there is freedom.

7. The youth must believe in themselves, stay focus and work hard. Shatta is number one today because he believed in himself, stayed focused and worked harder despite opposition from industry regulators and players.

8.Promotion comes from the lord. We can make it, even if the rich and powerful do not help us . God is our helper. Shatta got to number without the VGMA.

What Shatta Wale has done for Ghana Music and the youth will forever be remembered. He gave them freedom.