Dear NDC: MPs Do Not Need Special Protection From Competition 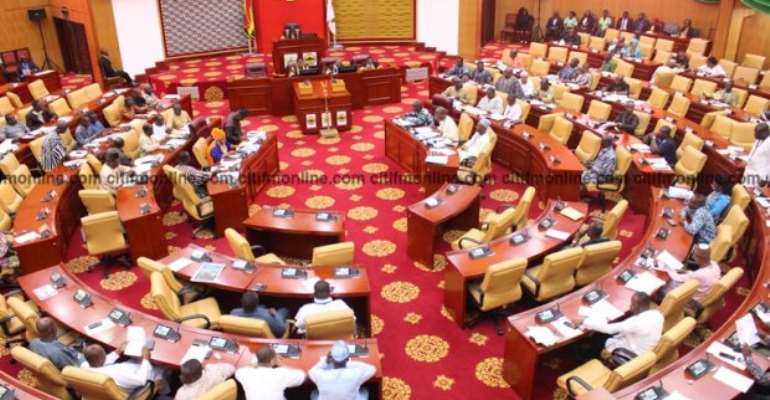 In a recent statement to the press, the Honourable General Secretary of the NDC, Mr. Johnson Asiedu Nketia, talking about NDC Members of Parliament, said the following among others:

The party is aware that even as they spend time undertaking these difficult assignments in Parliament, individuals within the constituencies have already taken advantage of their absence from the constituencies to undermine them with the hope of unseating them in 2020.

I wish to indicate that whiles we accept the right of every NDC member to aspire to any positions of the party, including that of Member of Parliament, we also believe that democracy can only be meaningful when the playing field is even, and the rules of the game are transparent and applicable to all equally. It is on this note that we send a note of caution to all aspirants at all levels to refrain from any acts or conduct calculated to undermine our seating Members of Parliament before the season for campaigning is formally opened. Any breach of this directive may count in the evaluation of the eligibility of candidates when nominations are eventually opened.

Clearly, the above statement seeks to unnecessarily protect seating MPs, who already have a tremendous advantage over new aspirants for their positions. By their very duties, Members of Parliament are supposed to be in constant touch with their constituents as well as perform their responsibilities in Parliament.

Besides the many opportunities that place MPs in the limelight and make them attractive to their constituents if they are good MPs, they are also given the MP's Common Fund, which they disburse as they deem fit. In most cases, they expend this funds in a manner to attract more support from their constituencies.

In the particular case of the NDC, seating MPs are also members of the Constituency Executive Committees, and so they participate in all meetings and arrangements concerning the administration and management of the party in the constituencies. Meetings are even called at their behest to discuss their competitors and other aspirants, and to strategize to harass or intimidate worthy competitors.

Other members of the party at almost all the branches do not even know that their branch executives are supposed to be elected every two years. The branch and constituency executives in many of the areas behave as though the party belongs to them alone.

As you read this article, some incumbent MPs and some of their wealthy competitors are meeting with branch and constituency executives and distributing goodies like cell phones, bicycles, cutlasses, boots, weedicides, etc. to them. It is very common for all branch and constituency executives to pledge their total support for incumbent MPs. This is why some of the MPs boast easily that they would always win all the primaries that they would contest in.

So why anyone should be attempting to protect these MPs from those I would term as ordinary aspirants, and who may be struggling to garner support and match the MPs in the constituencies, beats my imagination. As things stand now, there is no level playing ground, and there shall never be such a ground, so it is strange to twist the facts and circumstances as though it is rather the seating MPs that suffer under the present arrangement. That can never be true, folks.

Now, let's try to figure out the conduct that is being complained about. It is described as conduct “calculated to undermine” seating MPs. I am not very sure what this means. Is our General Secretary saying criticising an MP is tantamount to undermining him? If it is so, how else can a contestant show the weaknesses of a seating MP while projecting his or her own strengths to the electorate?

I think if we are interested in promoting a better democracy and competition in the party, then we must allow free criticisms as long as they are devoid of personal attacks and insults. As I have explained earlier in this article, it would take a great deal of work and smartness to unseat seating MPs of the NDC. If the party does not seek to overly protect seating MPs, then the largely skewed playing field in favour of these MPs must receive some urgent attention.

I think a better playing field, which may be fair, to some extent, to new aspirants is to allow anyone including the MPs to invest whatever time they wish into their preparation before and after nominations are opened. Not that this would even erode the MPs advantage to any significant extent.

However, any attempt to caution or intimidate new aspirants from engaging in a fierce challenge is tantamount to oppressing the rights and opportunities of these new aspirants, who may be valuable for the party in the 2020 general elections. This is my humble opinion, and I believe in it 100%.

At the tail end of the General Secretary's statement, he referred to his advice on this subject as a directive, a breach of which shall have some consequences. If indeed, this is a directive, I think it is a new one, which was only given at the time it was read in the GS's statement to the press.

Many of us would respectfully request that this directive be properly written out for our clear reference. If it is so written out clearly, we shall take note of the date it is given, and if anyone is minded to challenge same in the law courts, the person may be free to do so and in the process expand the frontiers of NDC's democracy. All democrats must hail, instead of abhorring such a challenge.

It is important to state categorically that there is absolutely nothing in the NDC's constitution that prohibits any activity that seeks to canvass for support at any time for an election in the future. Just as every Ghanaian has the fundamental right of association, it would appear that the NDC constitution allows any member of the party to go round freely, and at any time to seek the support of members of the party for any position that the person may be seeking.

The constitution does not say anywhere that until nominations are opened, nobody has the right to go round and canvass for votes. If the party is seriously minded to prohibit or regulate certain political activities at certain times of the year, I think it must take the bold step of incorporating same in the constitution, so that the provisions may be tested in the law courts to ensure that the fundamental human rights of members may not be violated.

Although we perceive certain periods as political off-seasons, there is no express provision in the party's constitution or in any laws of Ghana that bars the act of canvassing for votes at any particular time. The NDC constitution does not explain what campaigning means.

There are several people going round and talking to chiefs and branch executives of the party about their intention to contest upcoming elections. Others may choose to instead meet communities and mobilize support for themselves and the party. It is all a matter of strategy.

As long as the party's constitution does not expressly bar these kinds of activities, it does not matter that nominations are yet to be opened. There is a great deal of work that must be done by any serious candidate before nominations are opened. As far as I understand, all of the activities that are intended to win the support of voters, be they branch executives of the party, or the general populace, constitute campaigning. Accordingly, I think it is high time we got real and allowed a better competition among our people.

That is the only way we can have many top-notch Members of Parliament to match our opponents boot for boot. I hope we have the big heart to accommodate and tolerate constructive dissent, which shall help the party to entrench better democratic principles and tendencies, and which shall, in turn, win more hearts for the party and better brighten its fortunes.