Akufo-Addo Called Upon To Intervene In Greater Accra Chieftaincy Disputes 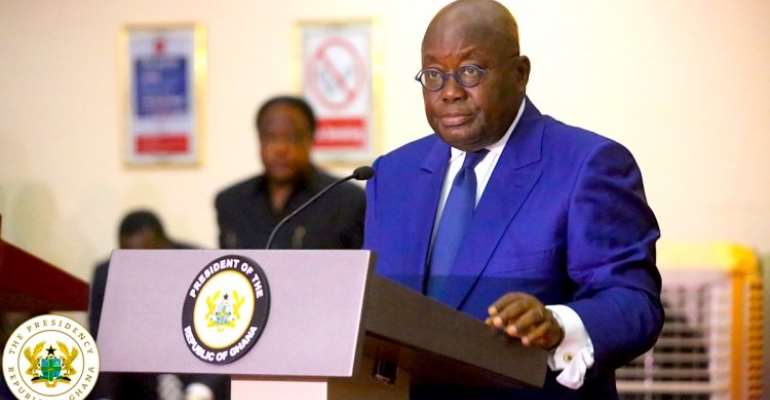 The Chief of Gbetsele has appealed to President Nana Addo-Danquah Akufo Addo, to tackle the numerous protracted chieftaincy disputes in the Greater Accra Region which have bedeviled the Ga-Dangme state.

Nii Teye Kojo Amanquah Sune I, a divisional Chief of the Kpone Traditional Area, in the Greater Accra Region, says the Chieftaincy conflicts have either stalled or slowed the pace of development among the Ga-Dangme states and therefore there is the need to quicken the pace at solving them.

Nii Sune I said this on Tuesday in a press conference at the forecourt of his palace to clarify the issue of who was the legitimate chief of Gbetseli.

In declaring who the legitimate chief of the area was, he said, "We want to state emphatically to the general public, especially the people of Gbetseli that there is a validly nominated, elected and enstooled (enthroned) chief of Gbetseli who is the person of Nii Teye Kojo Amanquah Sune I."

According to him, the Gbetseli Mankralo, Nii Teye Kojo I, was also duly nominated, elected, confined, installed and outdoored by the legitimate king-makers and elders of Gbetseli with the consultation of the elders of Kpone.

"Their installation and outdoor ceremony was held on 26th June, 2015 at Gbetseli and later swore the oath of allegiance to the Kpone Paramount Chief which signifies their approval and acceptance into the Kpone Traditional states,' he explained.

He said Nii Sune I and the Mankralo had gone through all necessary processes and had been approved and accepted by the National House of Chiefs.

"Their names have been entered into the National Register of Chiefs and thereby gazetted as the Divisional Chief of Gbetseli and Sub-chief (Mankralo) of Gbetseli respectively.

He observed that the press conference was necessary in order to refute the lies going round that Nii Sone I was illegitimate and that there were steps to unseat him.

Advising the public about who to buy lands in the area from, he said, "Gbetseli lands are not family lands; they are stool lands and owned solely by the Gbetseli Stool. So if any person intends to buy or lease a piece of land in Gbetseli, the person must come to the stool."

Nii Sune I also noted with concern how land guards terrorized legitimate land owners in the area, particularly those around Gbetseli's boundary with Appolonia.

"We call on the police and National Security to come to our aid and intensify their security patrols around the community in order to protect lives and properties, and to also prosecute persons who are found culpable,' he added.

The Paramount Chief of Kpone, Nii Tetteh Otu II, in confirming the declaration of Nii Sune I, said Kpone followed the patrilineal system of inheritance which meant that it was only persons born by male members of the royal family who could be enthroned as chiefs in the Kpone Traditional area.

He therefore expressed worry over the way other royal family members whose association to the royal family was matrilineal were contesting the chieftaincy of a Kpone stool.

He advised the people of Kpone Traditonal area not to waste money and energy in protracted court cases which could have used for developmental projects.