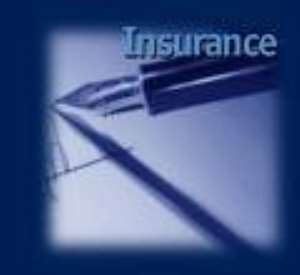 Players in the insurance industry have been admonished to reinsure their bond investments to avert risk.

The advice is on the backdrop that, most insurance companies accept to provide bond credit guarantees without assessing the liabilities because they see it as free money or juicy business.

A former Managing Director (MD) of Ghana Reinsurance has cautioned that, insurance companies should not grant cover for a bond business without reinsurance cover because that money is not for free.

Mr Gustave Siale tasked the industry players to as a matter of urgency and important to seek clarity on some possible ambiguities that were often associated with bond businesses before agreeing to provide cover.

Like most other financial products, he said, “there is a wide range of bonds which need clarity.”

The former MD also advised insurers not to underwrite bond business assuming that because the insured posted a collateral there is no need for reinsurance.

“Never live under the illusion that because collateral has been provided, there is no need for reinsurance,” he noted.

Speaking at the second public lecture of the Chartered Insurance Institute of Ghana (CIIG), on the topic: ‘Bonds: to underwrite or not’, Mr Siale stated “There is no free lunch anywhere so it is very important for our underwriters of bond businesses to be mindful of this. If you accept a bond business make sure you put in place a reinsurance package.

Consequently, Mr Justice Yaw Ofori, the Commissioner of Insurance at the National Insurance Commission noted that, statistics available indicated that the total market premium for bonds was growing each year.

“By these figures, there is no denying that the bond market is growing year by the year and this makes the public lecture on it timely,” he indicated.

The commissioner also pointed out that in the spirit of the risk-based supervisory regime which it was currently operating, insurance companies with high risk on their books would be expected to increase their capital over and above the required minimum capital to back such risks.

Meanwhile, the President of CIIG, Rev. Asante Ahenkorah, indicated that insurance facilitates business activities in the economies of nations by being a risk transfer mechanism.

Rev. Ahenkorah noted that bonds generally came with their strict wording, leaving no room for underwriting and the courts had been interpreting the clauses strictly against companies who underwrote them as the cases showed.

In a bid to litigate some of those claims, he said, some insurance companies had been pushed towards the precipice of collapse.

“The CIIG, therefore, believe it is time to engage in this dialogue at the professional level and take a united stance or position going forward so that public trust is not eroded by this paradox,” he stated.