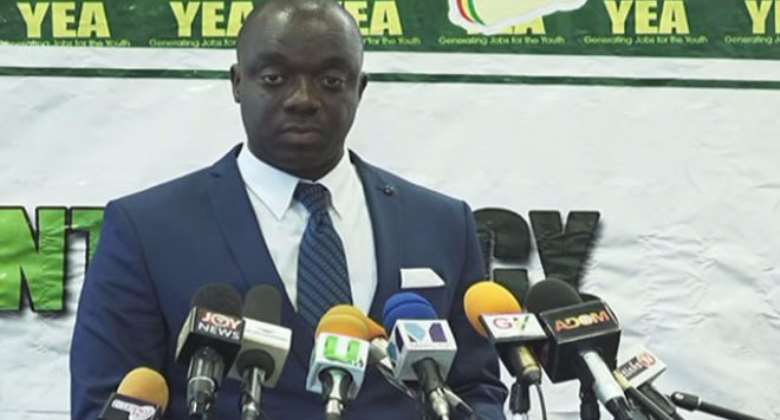 More than 30,000 youth are expected to be recruited, trained and deployed as Community Policing Assistants (CPA's) under the National Youth Employment Programme (NYEP) before the end of the year.

This formed part of a partnership between the Youth Employment Agency (YEA) and the Ghana Police Service on Community Safety and Security Innovation aimed at helping to address youth unemployment in the country.

Bashiri Ibrahim, the Deputy Chief Executive Officer of YEA, disclosed this at a sensitisation workshop for personnel of the Police Service on the new Community Policing module in Cape Coast on Thursday.

He said the Agency had already secured financial clearance from the Ministry of Finance and assured of regular payment of allowances for the benefactors.

Mr. Bashiru appealed to the Police Service to give preference to trained beneficiaries after two years of engagement, if the need be for recruitment into the Service.

Deputy Commissioner of Police (DCOP), Akuribah Yaagy, the Director-General of the National Patrol Department of the Ghana Police Service, explained that the new community policing strategy focused on improved visibility and accessibility in the communities to guarantee maximum protection.

It will also enhance peaceful services up to the standards of international best practices.

He said the Police Service was introducing a more professional, cost effective and community friendly model of policing where part of the state resources budgeted for security would be used to minimise youth unemployment.

The Community Policing Module, he said, was to create intelligence gathering machinery and serve as a proactive measure in planning against possible radicalization of the youth in the communities.

It was also to promote better Police image and public relations through community engagements.

He encouraged all District Police Commanders to form neighbourhood watchdogs to assist the police in gathering intelligence in the communities to help combat crime.

DCOP Yaagy urged officers of the Service to guard against disrespect for Human Rights and cautioned that those caught violating the rights of individuals would not be spared.

He also cautioned officers to avoid any acts that would dent the image of the Police Service.