Do You Think Africa Has A History? 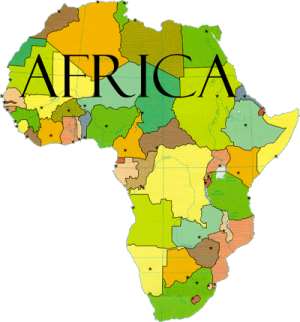 Well, I would like to admit that everything that exist on the planet has had a history and for that matter the subject history itself has a history as it is in historical studies – History of History which talks about the development of History as a subject to date. Generations for about six hundred and two years ago, European-traders came to Africa to purchased Africa’s wealth in Gold, Iron and then Slave trade. But their reports produced more harm than they sold. The Africans were of no value to the Europeans and they concluded that Africans were savages, inferior human beings. Until we proved to them by gaining our self-rule, the White men never believed Africans could do so.

For a long time, all forms of prejudices, racism and chauvinism has concealed the true history of Africa and from the world at large. The continent had been occupied by Black Africans long ago, having our institutions and ideas of our own system of governance. AS time goes on the Europeans sailed to the African continent and shared their Eurocentric views on African history and concluded by saying that Africa has no history. The question is if Africa has no History which continent then has a history? Example of such Eurocentric views was that of G.W.F.Hegel and Huge Trevor Roper.

According to Hegel, he says that “when it came to humanity and human history, unfortunately there just was no room for Africans”. Huge Trevor Roper was also of the view that “perhaps in the future there will be some African history to teach. But at present there is none-there is only the history of the Europeans in Africa. What they meant as in the first instance is that they perceived history to be paper sources and movement of which history goes beyond that. And the second instance is of the view that before the coming of the Europeans Africans had no history, until they came to Africa that we have something to write about Africa.

Perhaps one may argue that, of course that Hegel, Roper and others were looking at written documents to based their argument but is that the only storage medium of history? For a long time before the Europeans presence in Africa, the continent had been carved out by Africans and this is evident in archaeology, oral tradition, Numismatics, Drum language, Linguistics and many others. For example archaeology which is the scientific study of earlier cultures and civilizations, proves that there has been existence of humanity on the African continent. It is even believed that human history originated in Africa and there are evidences to show. For example, for thousands of years Ghana and for that matter the West African Regions namely, Burkina Faso, Nigeria just to mention but a few had been inhabited by man. This is proven by archaeological findings which revealed the skull and face of one of the earliest known human ancestors of West Africa. The archaeologist who discovered the remains near YAYO in Northern Chad named it as Tchandanprotus Uxoris. Also were the bones of extinct forms of an elephant and hippopotamus whose has been estimated by palaeontologists to be probably around one million years. Ghana in particular, in the 1960s, the Rock shelter at Kintampo the earliest known human physical remains of “Ghana man” were found and believed to be around 5000 years. From then man began to use stones as tools to obtained food with ease and for defensive purposes. This tells us that there was life in Africa even before the White man came to the continent and that is history worthy of study.

Another example is ancient records and documents. Records like Tarik al Sudan (chronicle of the Sudan) Tarik al Fattash (chronicle of the seeker of knowledge) the Kano chronicle, the Kilwa chronicle and many others. It’s said that the chronicle of the Sudan and that of the Fattash were all written in Timbuktu around the 17th century. These are evidences that point to the fact that people had inhabited the African continent. The early trade between Africans and the Arabs during the Sahara trade are all evidences to prove that there was existence in Africa and there cannot be existence without history. Another evidence is musicology –the study of music, also shows that there was existence of man in Africa long before the voyages of the Europeans. This because the music genre in Africa can be traced to several media, some of which were played by praise singers during festive occasions symbolizes that Africans were of the people of high calibre. Again, Africans showed their love for art through Rock arts. In the olden days our fore fathers expressed their literacy through wall paintings. These paintings were depicted at the wall entrances of chief’s palaces. For example the great lion depicted at the entrance of the paramount chief of Dagbon. These paintings show the political authority of kings in those days and up to these days.

Continuity and Change as the central theme of history apprised us on medical history of Africans and their technological advancement in treating diseases. For example, in Ghana there were myriad kinds of Healers-such as Ordinary healers, Traditional Birth Attendants (TBAs), the Priests and the Priestesses. What keen me most is that the priests and priestesses, and the (TBAs). According to sources, it is said that the priests and the priestesses were regarded as principal healers. They could use herbs from back, roots and leaves of trees in the treatment of diseases such as chicken pox, guinea worm, small pox, hot fever and many others. They could also applied psychology in the treatment of mental illness. All these are attestations that Africans were more than the word knowledgeable in all ramifications of life, so the views that the Europeans held are mere misconceptions of African history.

In the area of politics and polity Africans ranked the best, this is of the fact that the political organization which deals with who should authority was very important. In Africa there were three types of political and as well as traditional authority that have been identified in the annals of African history. These are centralized, non-centralized and acephalous. The centralized system has one person in whose hands power was vested. It was the powerful kingdoms and high ranking kings such as the Asante and the Oyo in West Africa. With the non-centralized states power was in the hands of the Fetish priest and the elderly people. Again long ago before the white man came to the continent, Africans were organized into family units, grouped into clans. The clans were organized by a name and can be categorized as Head of a clan, council of elders and many more. According to Walter Rooney in his book “How Europe underdeveloped Africa” says that there were several developmental projects going on in Africa and the White man came and truncated it”

Indeed it is true that Africa has a history which did not started with the coming of the Europeans as shared by Roper and co. African has contributed greatly to the development of humanity and civilization of the world as empires came and went.

Mankessim murder: Chief is not dead, he's alive in our custo...
6 minutes ago