The Major Mahama Trust Fund Bill Is A Good Idea Gone Bad: Replace It With A General Law On Security Personnel Survivors’ Benefits 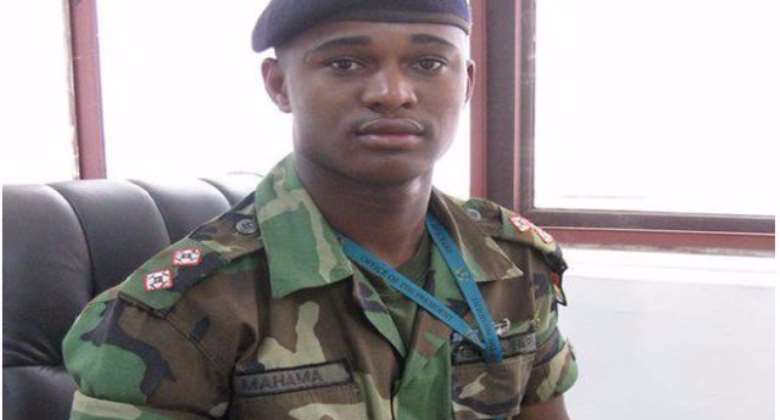 We sometimes take for granted the services of our security personnel who work around the clock to keep us safe. It is therefore important to occasionally take time to express our gratitude for their work. Unfortunately, some of our security personnel get seriously injured or even lose their lives while trying to protect us. When that happens, it is important for a grateful nation to properly express its condolences, give them befitting burials, and have in place a survivors’ benefit scheme to take care of their families.

The recent gruesome murder of Major Mahama, at Denkyira-Obuasi, is an example of a security personnel paying the ultimate price while on duty. The overwhelming public condemnation of the abominable act against the fine military officer and the public show of affection for his family demonstrate not only our rejection of mob justice but also our appreciation for and commitment to those who safeguard our peace. Further, his posthumous promotion from the rank of Captain to Major demonstrates leadership and responsible government in a democratic environment. We commend the President Nana Addo Dankwa Akufo-Addo and the Ministry of Defence for their leadership. Major Mahama lived to make a difference. He died protecting the environment from the ravages of galamseyers.

Unfortunately, there are, however, several examples of security personnel who have paid the ultimate price while performing their duties. We recall the case of Corporal Mark Azure because this weekend is exactly three years that he was murdered at a police check-point at Tinkong on the Koforidua and Mamfe road. Corporal Mark Azure told one of the authors when he was alive that he arrested 13 or so armed robbers who were terrorizing the people of Koforidua and its environs. This act of bravely, according to him, earned him a promotion but as at the last time the author spoke to him, three months or so before he was killed, the police administration had not bestowed that honour on him. We do not know whether this has been done or any arrests were made regarding the killing of this fine gentleman but one thing we know is that he has been buried and no one is speaking on his behalf. We have never met his wife or children but we knew that they resided somewhere in the northern part of Ghana.

On June 12, 2017, two armed men shot and killed Constable Micheal Kporyi who was on patrol duty at Michel Camp. According to Superintendent Kwesi Ofori, “One month to his death, Michael complained to us of a swelling in his leg. It was that serious so he took some time off work to seek medical attention. By the grace and mercy of God, he responded to treatment. On that fateful day, Monday the 12th of June, 2017, Michael decided to resume work even though the swelling in the leg had not completely subsided. On his way, his colleague advised him to return home and wear sandals instead because the police boot was tight and would compound the swelling. His zeal for work made him turn a deaf ear to his friend's advice and rode off to work on his motorbike. At about 9:00pm Michael was shot in the head and chest by unidentified armed robbers and killed instantly on the Afariwa – Michael Camp road near Afienya” (see https://www.myjoyonline.com/opinion/2017/August-11th/shot-on-duty-biography-of-constable-michael-kporye.php ).

There are others like Major Mahama, Corporal Azure and Constable Kporyi who die

defending freedom, safeguarding peace, and preserving justice. We, therefore, seize the opportunity provided by Parliament’s approval of the Major Mahama Trust Fund Bill to acknowledge and honour their sacrifices and to express our heartfelt condolences to their families. We also salute all our security personnel and wish them well in the discharge of their duties.

While we wholeheartedly support Government’s effort to provide survivorship benefits to Major Mahama’s family, we believe that Parliament erred in passing a bill that singles out Major Mahama’s family for settlement. Respectfully, we are therefore calling on the President not to give assent to the Major Mahama Trust Fund Bill. Rather, we urge Parliament to replace the Major Mahama Trust Fund Bill with a Security Personnel Survivors’ Benefits Bill that provides predictable, timely and easy to access benefits to the families of security personnel who die in the line of duty.

The Major Mahama Bill is problematic at several levels. First, it targets only the departed officer and his immediate family and ignores the other security personnel we have lost in the past. Second, the initiation and passage of the bill flout the principles of universalism and non-discrimination. The power of parliament to isolate people for rewards, punishment or different treatment is dangerous and must not be countenanced. As a collective and representative body of the people, we expect that Parliament shall at all times pass general bills that are neutral, impartial, and non-discriminatory. The rule of law requires that laws are made pursuant to the generality principle, which provides that when laws are made they must apply to broad categories of people and must not single out individuals or groups for special treatment.

We strongly believe that the approach to institutionalizing the Major Mahama Trust Fund Bill will not only create bitterness for other families who have lost their loved ones while serving Ghana, but as well, will affect the collective morale of servicemen and women. We as a nation have a moral duty to keep the morale of our service personnel high at all times. Without their efforts, our human and national security, as well as economic prosperity will be in serious jeopardy. We must operate a country that is committed to principles, fairness and equal citizenship as indicated by the preamble, letter and spirit of our Constitution.

It is our belief that the passage of the Major Mahama Trust Fund Bill sets a very bad precedent. It is an unnecessary personification and personalization of governance. Parliament has erred! We believe that emotions have taken precedence over rationality and a good idea has gone bad. We need, under these tragic circumstances, to establish an institutional framework to serve the families of our security personnel who die in the course of serving our motherland not personal frameworks that breed bitterness and are symptomatic of treating equally situated persons differently.

Respectfully, we, therefore, call on President Nana Addo Dankwa Akufo-Addo not to give assent to the Major Mahama Trust Fund Bill but to send it back to Parliament for it to be replaced by a comprehensive Bill to cater for the families of ALL SECURITY PERSONNEL who pay the ultimate price while serving the nation. The President must seize this opportunity to reiterate our commitment to the rule of law, which requires that our laws conform to the generality principle and are not discriminatory.

May the soul of all security personnel who have died in the line of duty rest in perfect peace!

S. Kwaku Asare and Edward Akuffo are Ghanaian Professors based in the United States and Canada, respectively.