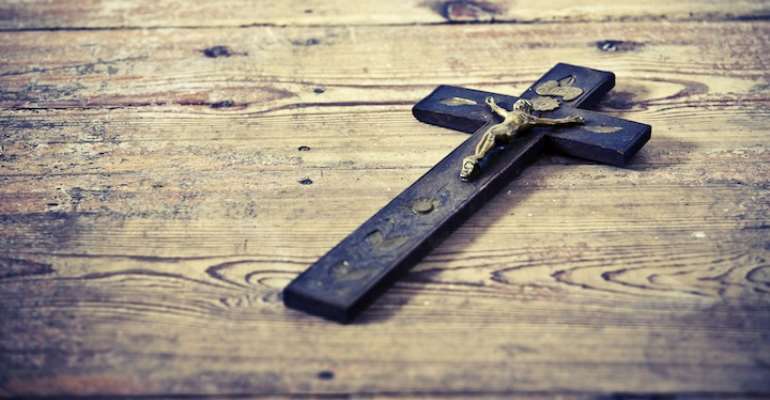 WE SHOULD not make the mistake of thinking that Christians are impeccable. The truth is true Christians can be overtaken by faults. You may call it sin or transgression. As long as Christians live in this corrupt, fallen and immoral world with daily temptations, while awaiting the return of our Saviour, King Jesus, we may slip here and there.

However, we do not continue to live in sin, swim in sin or deliberately practice sin as if Christ never saved, that is, delivered or rescued us from the bondage or controlling power of sin over our lives. The Holy Spirit, the Author of righteousness who dwells in our hearts helps us to rise up when we are tempted to fall so that we can continue living a life of righteousness in Christ Jesus.

Christ Jesus Himself was led by the Holy Spirit to be tempted by the devil perhaps as part of His preparation for His public ministry. Glory to God that Satan could not get Christ Jesus to sin. When our Saviour was arrested and brought before Pilate, the Roman governor for trial, he (Pilate) said, “I find no guilt in this man” (Luke 23: 4).

Indeed, Jesus Christ committed no sin and no deceit was found in His mouth. He was sinless, blameless, guiltless, flawless, pure, holy, righteous and perfect yet He humbly walked the road to the cross and shed His blood for the remission of man's sins.

Jesus Christ did not inherit the Adamic sin as all men do, because He was conceived of the power of the Spirit of God. And when Satan tried to tempt Him to sin he failed.

Satan may tempt some of us of our individual peculiar lusts. He closely monitors our desires and tempts us to sin or give up on God. Have you forgotten how Satan tempted, won over and eventually destroyed Samson and Judas Iscariot?

“During supper when the DEVIL HAD ALREADY PUT IT INTO THE HEART OF JUDAS ISCARIOT, Simon's son, to betray him (Jesus)…” (John 13: 2).

It was clear that Judas Iscariot had a desire for money and so Satan put a dart (obviously in the form of a strong suggestion) into his very heart to betray his Master for money. We all are tempted of our desires. It can be sex, food, cars, houses or fame.

“Let no one say when he is tempted, “I am being tempted by God,” for God cannot be tempted with evil, and he himself tempts no one. But each person IS TEMPTED WHEN HE IS LURED AND ENTICED BY HIS OWN DESIRE. Then desire when it has conceived gives birth to sin, and sin when it is fully grown brings forth death” (James 1: 13 – 15).

When temptations hit, some children of God may prevail and be fast to escape as the Lord Jesus did in the wilderness and as Joseph did while in Potiphar's house. Others may be overtaken in it completely as Samson, Judas Iscariot and Demas did. They loved sex, money and the pleasures of the world respectively and so abandoned the faith (John 13: 1-2) and (2 Tim. 4: 10).

However, a true worshipper will not deliberately practise sin but may fall into it when tempted.

“Brothers, if anyone is caught in any transgression, YOU WHO ARE SPIRITUAL SHOULD RESTORE HIM in a spirit of gentleness” (Galatians 6: 1).

The apostle Paul, in his letter to the churches in Galatia, clearly admitted that a born-again Christian can be caught in a sin. Senior apostle Peter fell into a sin of hypocrisy and Paul rebuked him. He “opposed him to his face…” In the end, he won back his brother (Gal. 2: 11-14).

In the Corinthian church too, some of the believers were overtaken in sins which were actually reported to Paul for action (1 Cor. 5: 1). To ensure the purity of the church, Paul taught that sin should be dealt with immediately. But how should it be handled? He said fellow mature Christians should restore the brother or sister who has been overtaken in a sin.

“My brothers, if anyone among you wanders from the truth and someone brings him back, let him know that whoever brings back a sinner from his sin wandering will save his soul from death and will cover a multitude of sins” (James 5: 19).

A child of God may fall in sin and when this happens God expect fellow believers to help restore or bring them back in the faith. However, I believe that in extreme cases, rebellious persons and others who are unrepentant may be expelled from the church as was the case in First Corinthians Chapter Five.