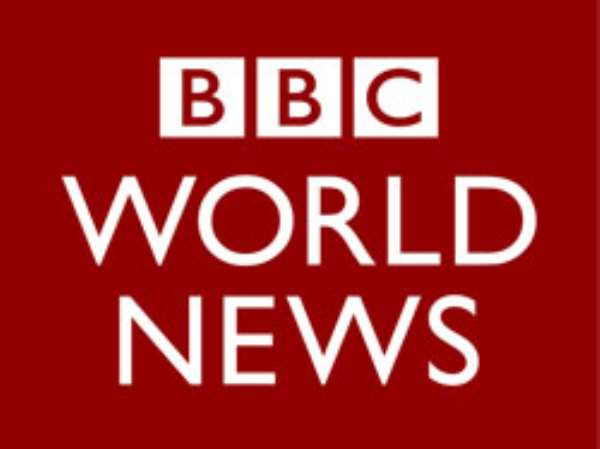 “Pidgin is one language that travels across the region. It is a language that brings people together, breaks linguistic, regional, tribal and religious barriers and so it is a strategy for reaching the largest number of people in the most effective medium”.

It was all a clear bid to show his solidarity and familiarity with Nigeria and Nigerians.

Fela Anikulapo Kuti, the late maverick Nigerian musician who used his brand new Mercedes Benz to pick rubbish from Lagos noted:” The language that can unify all Nigeria is pidgin” Fela sang in pidgin:” If you call a woman African woman, no go gree she go say I be lady ooo. His fiery songs included 'Clear Road for Jaga-Jaga which was banned by the then Head of State, Olusegun Obasanjo.

As the pidgin grows, its phonological, morphological and lexical traits get formalized, and that develops into Creole. It is usually a mixture of simplified language or a simplified primary language with other language elements included. A pidgin may be built from words, sounds or body language from other languages and cultures. With respect to other languages, pidgins have low prestige. Pidgin, formerly spelt 'pigion', may have originated from the pronunciation of business in Chinese, or may have been derived from the bird “pigeon” which was used to carry short written messages. It was first written in 1850. Pidgin follows no rigid grammar; the clausal structure is not complicated; there is a reduction or elimination of syllable codas; the consonant clusters are reduced; it uses fewer basic vowels (a, e, i, o, u); there are separate words to indicate tense. He don go' ('he went); there is use of reduplication in case of plurals and superlatives (I like am well, well); there is complete absence of morphophonemic variation (sensitive to their environment, in contrast with phonological rules). There is an absence of grammatical marks for gender, number, case, aspect, mood, etc. Among the well- noted world pidgins are the following: Chinese Pidgin English, Chinook Wawa(Canada), Barikanchi(Nigeria), Iha-based Pidgin(Indonesia), Liberian English, Maskoy Pidgin (Paraguay), Motu, Hari or Tok Pisin(Papua New Guinea), Broome Pearling Lugger Pidgin(Australia), Onin-based Pidgin ( Indonesia, Chinese Pidgin English((Nauru), Settla (Zambia), Netamese(India), Nduyka-tiro pidgin(Surinam), Fanaglo(South Africa). Besides these, there are also Ewondo Populair, the Biti-based pidgin of Cameroon, Naija of Nigeria, and Rastafarian Language of Jamaica. The Jamaican patois, also spoken in Panama and Costa Rica, is English-based: 'Jah Jah protect mi from mi enemy dem' (Jehovah protect me from my enemies); It's shy's life (It's her life) Whagon?(what's going on?) Chewday (Tuesday) dem(them), dotty(dirty).

The BBC thinks”:.. Beyond helping to grow the language, the Pidgin Service will seek to gain for the BBC a new category of audience who patronize the age old language”. For this strategy to work, the BBC is going to have a BBC Pidgin Reporter based in Accra.

“It's good business for the BBC” says one commentator and academics at the Lagos-based 'Naija Language Akademi' see the language worthy of scholarly study and important in bridging huge educational divides. Iwu-chuku of Calabar University puts it this way; “May be it doesn't yet fulfill the criteria of being a national language but has all the major features of a language and it doesn't come with any of the political issues of choosing a single national language”.

Pidgin is a casual language for now having clientele (of all walks of life) within West and Central Africa. This one no be tory for the gods: ibi true (real). I don live for Nigeria before, and I be na tiikya for inglis. I tok my students make them speak no pidgin in class. Now dem go ask: where dey dem tiikya who want only Queen's English? Shine your eyes. Lazy man no dey chop for Lagos.

You can adopt Standard English, Pidgin English, or Twinglish. Bukom Banku may have lost his last (or latest?) fight against Bastir but his Bukom Lexicography grows. In an interview he answered questions like: Q: How's your face. BB: Look my face well well, i no fine,… my mind dey scatter piece piece. Q: Some people say they can beat Bastir BB: They are empty konko.

The roads you pass some people have pass already, Ghana here we don't have managers; they will watch you one year, two years. If you call the manager switches off. I want to go America, that where all the fighters are. When a Vulture shake their waist, it is cover their sons, I can't leave Bukom. Bukom is my temperature. When KSM asked: Where did you learn all this English? He replied: Is my own mentality, I have the Bukom Dictionary, anytime I wake up in the morning I teach my own self. So, you teach yourself apuskeleke, ashawo, awam, too known, kwashiokor galamsey. Kari Dako observes in 'Ghanaianism: A Glossary:' The author's attitude towards the material presented is simply that English in Ghana is undergoing a process of indigenization as a result of its language contact situation …. Either the floodgates are opened to allow English to find its own mode in Ghana, distinct from any outside influence, or the reins are tightened to attempt to maintain some connection with standard native varieties.

We are already of observing indicators of the former option. Male students in most secondary and tertiary institutions speak what they call pidgin. I. K. Gyasi opines further:” The older generation still attach a great deal of importance to correct usage, the younger generation.. less so.” Where do we stand?