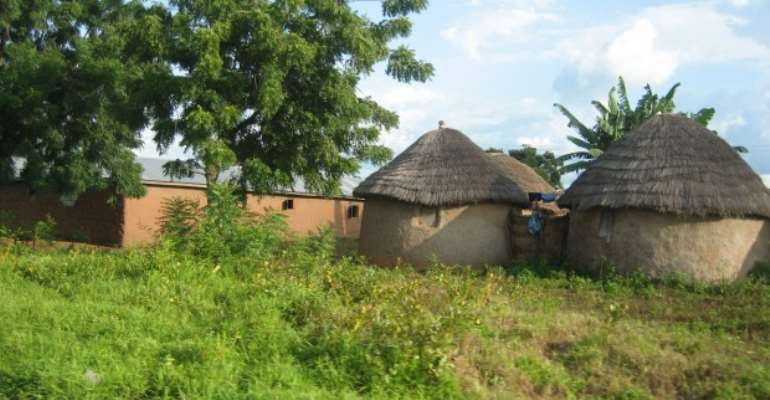 Nanung is one of the kingdoms within the Mole Dagbani and has Bimbilla as its head. The history of Nanung kingdom goes back to the time when Naa Gmantambo (the son of Naa Gbeewa) travelled to Nanung from the present day Dagbon kingdom. The Nanung kingdom like other kingdoms within the Mole Dagbani group has a well-established chieftaincy with a clear hierarchy regarding succession.

The ascension to Bimbilla skin as a paramount chief has nothing to do with democratic practices where a candidate needs to have a certain number of supporters. One becomes a Bimbilla Naa purely on qualification base on the customs of Nanung chieftaincy. The lay down customs are that; one must be a royal and becomes a sub-chief and then graduate to the Bimbilla paramountcy through one of the two established gates of succession (Bangyili and Gbungmayili). Nakpa is the most senior of all skins within the Gbungmaliyi. Dakpam also takes the same position within Bangyili. By this custom, a royal shall not become a Bimbilla Naa if he has not pass through the line of succession.

Why is Bimbilla and the Nanung Kingdom in a total anarchy today? The performance of the funeral rites of the late Bimbilla Naa Abarika Atta in 2002 was the last straw that broke the camel’s back. The state and other stakeholders blatantly failed to enforced ‘The Nakpa Ruling’ that clearly stated that Nakpa-Na Salifu Dawuni was the successor to the Bimbilla throne after the demise of the sitting Bimbilla-Na.

Every peace-loving person needs to research into the issues of Bimbilla paramountcy. Late Mr. Andani Dassana was a royal from the same Gbungmayili gate as late Na Salifu Dawuni. The difference between the two princes was that while Na-Salifu Dawuni occupied different chieftaincy skins Mr. Andani Dassana had never became even a regent to his father. Who is re-writing history here? Without any bad intent, supporters of the late Na-Salifu Dawuni are ready to defend the truth and tradition of Nanung that the Houses of Chiefs failed to do.

What were the rulings of the houses of chiefs? Again, I respect the sanctity of our judicial bodies including the house of chiefs. But their ruling raises so many questions. One of the rulings was that Naa Salifu Dawuni was not qualified because he was a great grandson of a chief. The question we continue to ask is what happened to their ruling in 1993 that explicitly declared that base on the known and established customs of Nanung nothing stops a great grandson from ascending the Bimbilla throne? Another confusion in the judgment of the house of chiefs was that, the verdict was passed in favor of Mr. Andani Dassana because majority of the kingmakers rooted for Mr. Andani. Unfortunately, majority do not carry the votes when it comes to customs and tradition of Nanung. The house of chiefs failed to remind themselves of a similar contest between Naa Dassana (father of Mr. Andani) and Bakpab-Naa Dawuni. Three out of the nine kingmakers support Mr. Andani’s father and he ascended the throne because he was the chief of Nakpa, which is senior to Bakpaba. If it worked for Na Dassana why must it change against Na-Salifu Dawuni?

The crisis in Bimbilla can be solved immediately without losing a single soul. People have now realized that the Kpatihi family is fighting for recognition in Nanung and are hiding behind the chieftaincy stalemate. This is what Nanumbas must rise up against. The Andani faction with the support of government officials had unfettered access to the media and had chained out unthinkable lies to the public. The good people of Nanung sat back with the conviction that the very known customary practices of Nanung stood the test of time and could not get corrupted. Unfortunately, right was wrong when the likes of James Agalga and A.B.A Fusheini were entrusted with the power of the state. The case was before court when Mr. John Dramani Mahama and some of his appointees arrogated to themselves powers of the court, hijacked the airwaves and addressed Mr. Andani Dassana as overlord of Bimbilla. I was wondering where Mr. Dramani Mahama left his history.

The DCE and the burial of late Na-Salifu Dawuni
The family of the late Na-Salifu Dawuni requested for the mortal remains of the late chief for burial. The request was granted by the Northern Region Security Council. When the news broke up, then the machinations were all over. It started with a whole minority in Ghana’s Parliament with their usual press conference. It is only God who knows the evil mind that James Agalga has about Nanung; the land that brought him up. This move couple with the misreports by some media houses was less poisonous than what the DCE for Nanumba North Abdulai Yakubu did. The plan was to heighten tension in Bimbilla in other to frustrate the burial of the late Na-Salifu Dawuni. James Agalga was at it again ‘people are fleeing Bimbilla’ when in actual fact people rather entered Bimbilla to witness the burial ceremony. They couldn’t stop the burial and resorted to plan ‘B’. The DCE and the NPP constituency chairman (N-nabiya) curved out plan against the outdooring of the installed regent. The duo met in the DCEs house on the night of 19th October. Before that, Alhassan Mobila and one other person were positioned at the outskirt of the town and fired guns. Immediately this happened, the DCE took a phone and started calling. This was done to create the impression that Bimbilla was on fire. Thank God the IGP saw everything on his visit to Bimbilla. Not even a single person was insulted.

The question many people are asking is why the DCE who is a public officer conniving with hooligans not only to create war but also deceiving the public? Bimbilla was very peaceful during the burial and subsequent rites and it’s still peaceful. My appeal is for the public to keep an eye on the DCE because his entrenched position on the Bimbilla issue could derail the peace process. On a more serious note, Bimbilla will become more peaceful if the state withdraws security from the various houses in Bimbilla. The presence of security post at the various houses is compounding the issue. It’s just a nuisance cost to the district assembly and the state.