Why A New York Court Case Has Rattled Turkey’s President

By PATRICK KINGSLEY and BENJAMIN WEISER/ The New York Times 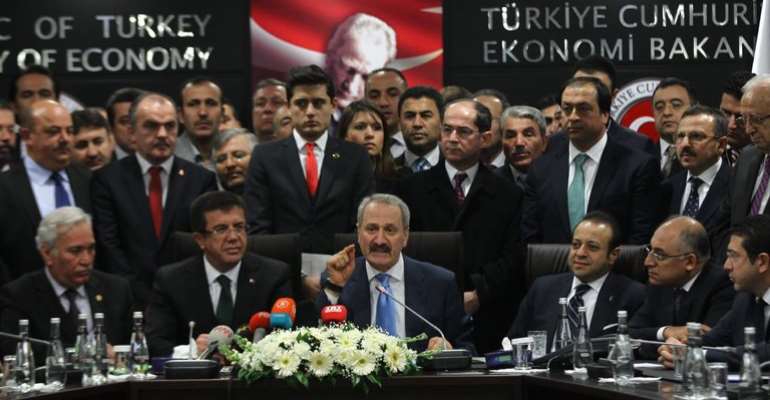 The conversations caught on wiretaps planted by the Turkish police are alleged to show a conspiracy to help Iran skirt American sanctions by trading gold for gas.

The recordings also suggest that the plotters aimed to please one man: Recep Tayyip Erdogan, then the prime minister of Turkey, now the president.

The Erdogan government has dismissed the telephone recordings as fabrications concocted in 2013 by treasonous adversaries who had infiltrated the Turkish police and judiciary.

But United States prosecutors have taken a different view. They have cited the 2013 Turkish investigation in court papers filed in New York where nine men — including a senior Turkish bank official — have been charged with conspiring to evade American sanctions on Iran.

The sanctions case has strained relations between the United States and Turkey, and drawn repeated condemnation from Mr. Erdogan. He has often raised it with American officials, including in a telephone call with President Trump on Sept. 9. A day earlier, Mr. Erdogan described the indictment as “a step against the Turkish Republic.”

And in recent days, as tensions between the countries grew worse amid a diplomatic dispute over Turkey’s detention of a United States Embassy employee, Turkish officials justified their actions by equating them to the embargo charges in New York.

“You will arrest my bank’s deputy general manager for no reason, and will try another citizen of mine for two years, and want to use him as an informant,” Mr. Erdogan said in speech on Thursday in which he defended the American employee’s arrest.

A close reading, however, of a lengthy summary of the Turkish investigation, which prosecutors have filed in Federal District Court in Manhattan and which includes excerpts from transcripts of the wiretap recordings, suggests that Mr. Erdogan’s objections may involve more than just patriotism. In several of the conversations, the records show, three of the men now charged discuss meeting with Mr. Erdogan and acting, as one puts it, on “the prime minister’s order” to increase Turkish trade. 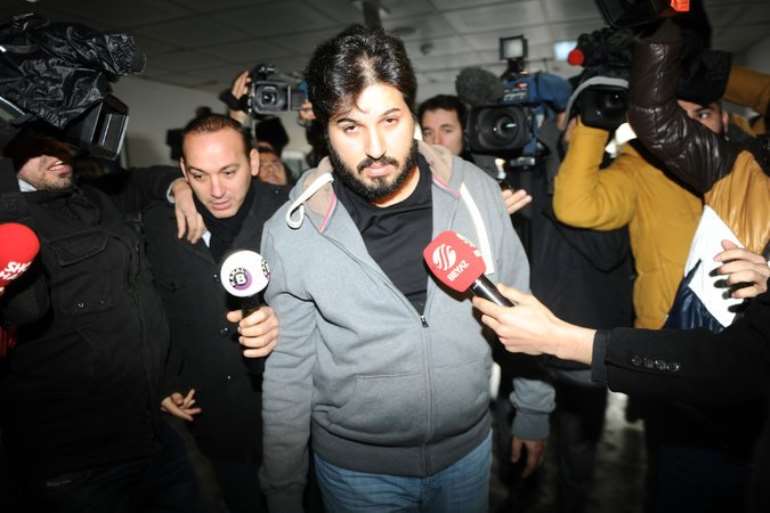 The excerpts, a copy of which has been translated independently by The New York Times, do not suggest that Mr. Erdogan was aware of any illegal activity, and he is neither named nor referred to in an American indictment filed last month. But they offer evidence that Mr. Erdogan, back in 2013, was meeting regularly with several of the men at the height of their suspected sanctions busting.

One question now is whether one or more of the defendants — two of whom are jailed in New York and scheduled for trial on Nov. 27 — might still plead guilty and cooperate with the United States authorities in the hope of winning leniency in sentencing.

“I’m sure Erdogan worries about that, and I’m sure he worries about what could come out at trial,” said Eric S. Edelman, a former United States ambassador to Turkey. “Either one could be very damaging to him.”

The case currently centers on three men, all of whom knew Mr. Erdogan personally. Reza Zarrab, a Turkish-Iranian gold trader, is suspected of having helped the Turkish government bypass United States sanctions on Iranian trade by using gold and other nonmonetary goods to pay for Iranian gas. American prosecutors say that Mr. Zarrab was helped by Zafer Caglayan, then Turkey’s economy minister, and Suleyman Aslan, at the time the chief executive of a state-owned Turkish bank.

Mr. Caglayan and Mr. Aslan are not in custody of either the United States or Turkey; Mr. Zarrab has been jailed in the United States since March 2016, after being arrested during a family trip to Disney World.

Mr. Zarrab has enlisted a team of high-profile lawyers to assist in his defense, among them Rudolph W. Giuliani , the former mayor of New York and an informal adviser to Mr. Trump, and Michael B. Mukasey, a former United States attorney general. They have met with Mr. Erdogan and senior Trump administration officials in an effort to resolve the case as a diplomatic matter.

The case has been largely ignored by the public in the United States. But it has been widely reported and discussed in Ankara, where many of the government’s supporters see it as a continuation of a December 2013 attempt by parts of the Turkish judiciary to unseat Mr. Erdogan’s administration. 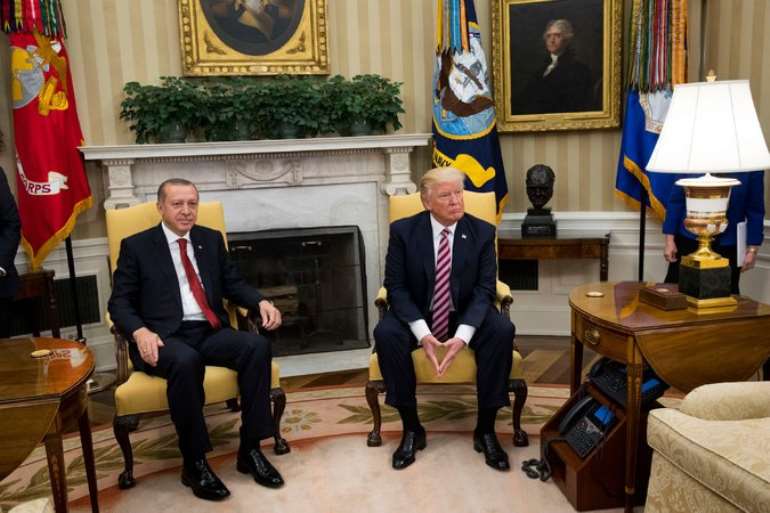 President Recep Tayyip Erdogan of Turkey himself raised the case with President Trump when he visited Washington in May. CreditDoug Mills/The New York Times

At that time, prosecutors in Turkey announced investigations into Turkish officials suspected in several corruption scandals. Mr. Caglayan and two other ministers quickly resigned, and Mr. Aslan and Mr. Zarrab were arrested, in what was the biggest challenge to Mr. Erdogan’s reputation since his party came to power in 2002.

Mr. Erdogan presented the investigations as a de facto coup attempt, mounted by followers of the same Islamist sect — the Gulen movement — that Mr. Erdogan would later say led a failed military putsch in July 2016. Mr. Erdogan’s government quickly shut down the investigations and released Mr. Zarrab and Mr. Aslan. Many of the police officers and prosecutors involved in the cases were later purged from their jobs.

The 2013 allegations, and the wiretaps on which they were based, were denounced as fiction — claims that many Turks found credible because of the Gulen movement ’s problematic history. Gulenist prosecutors had been found to have fabricated evidence in earlier trials of secular army officers. (This week, Turkey’s state-run news agency said the American Embassy employee whose detention had fanned tensions had links to one of those prosecutors.)

But four years on, court filings in Manhattan show, these same recordings have become a part of the United States case.

The court records show that Mr. Erdogan’s voice was not captured on any of these particular recordings. But in the fall of 2013, he is referred to frequently by his office in conversations among some of the people suspected of conspiracy.

In June 2013, the Obama administration had closed the loophole that had allowed Turkey to pay for Iranian gas with gold. That fall, two of the alleged conspirators discussed finding an alternative method to evade the sanctions, according to transcripts of the recordings cited in the case.

The method the men are accused of settling on had problematic side effects for the Turkish economy. Since large quantities of gold were no longer being channeled through Turkey, the country’s trade deficit looked set to increase.

Mr. Erdogan was alarmed by this development, according to statements captured by the wiretaps. With local elections looming, Mr. Erdogan may have feared damage to his reputation as a savvy manager of the Turkish economy. According to the recordings, Mr. Erdogan spoke with Messrs. Zarrab, Caglayan and Aslan about the need to restore Turkish export figures to the record high of the previous year. 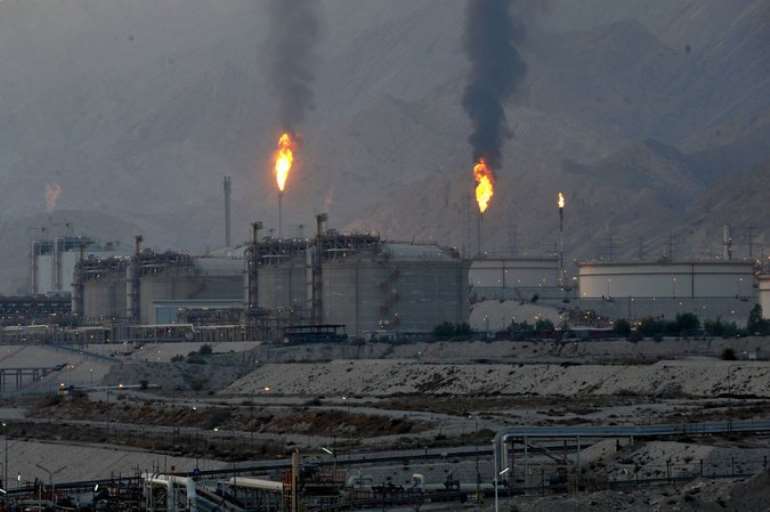 There is no evidence that Mr. Erdogan demanded or expected this to be achieved through illegal means. But the result he sought had previously been accomplished only through a method that was now outlawed under American sanctions. And the defendants charged in the United States are accused, in part, of returning to a version of the gas-for-gold scheme — a course of action Turkish investigators say the men took after they had spoken with Mr. Erdogan.

In one of the conversations, on Sept. 19, 2013, Mr. Zarrab claimed that he had personally spoken to Mr. Erdogan about the trade deficit, and had assured the leader he would help increase Turkish exports by $4 billion. “We have to do our best to achieve this $4 billion goal,” Mr. Zarrab is quoted as telling the bank chief, Mr. Aslan, “because I promised the prime minister.”

In a separate conversation on the same day, Mr. Zarrab told another associate that a smaller increase would be better than nothing. “Even two billion is important because I will go to meet the prime minister directly,” Mr. Zarrab said, according to the transcript.

In a conversation two weeks later, on Oct. 3, 2013, Mr. Caglayan told Mr. Aslan that Mr. Erdogan had directly demanded an increase in exports. “Turkey needs at least $2 to $4 billion in exports,” Mr. Caglayan said. “Last night we had a two-hour meeting with the prime minister in Istanbul and explained to him that there is a lot of pressure.”

Turkish investigators concluded from another conversation, on Sept. 16, 2013, that Mr. Aslan had spoken to Mr. Erdogan, who told him to “do something, whatever the method” to increase exports. The transcripts do not show that Mr. Erdogan was told how Mr. Zarrab, Mr. Aslan and Mr. Caglayan intended to increase exports — or that Iran was the ultimate beneficiary of Mr. Zarrab’s alleged scheme.

“My reading of the transcripts, as someone who has been covering Turkish politics for 27 years, leads me to say that Erdogan fully understood what was going on,” said Atilla Yesilada, an Istanbul-based consultant at Global Source Partners, an analysis firm, and a political commentator.

Mr. Yesilada acknowledged that nothing in the transcripts showed that the issue of sanctions busting had been brought to Mr. Erdogan’s attention.

Mr. Erdogan himself, however, has spoken publicly in the past about his willingness to break the United States sanctions on Iran.

“When we are approached on that matter — ‘You should obey the sanctions, you should obey’ — we cannot obey,” Mr. Erdogan said in December 2012 at a news conference in Istanbul. “This is strategically important for us.”