The Etymology Of The Term "Yagbonwura" 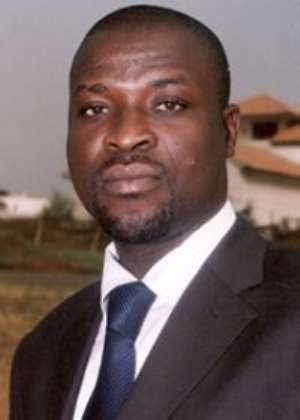 Introduction:
Studies conducted on African social systems suggest that "all African names have a meaning." That, "some names may mark the occasion of childbirth, identify one thing from others, indicate one's clan or origin, reveals some historical event, a man's status or position." Therefore, most words or terms adapted by African societies have a meaning. In fact, how the term Yagbon came about or was coined by the ancestors of Gonjas is severally applied in different ways but meaning the same thing.

The discussion will best be enjoyed if the term Dagbon, which refers to the territory inhabited by a group of people called Dagomba located in the Northern Region of Ghana, is explained. This explanation will serve as the prelude to explaining and understanding the word Yagbon. This is important because the two words, Dagbon and Yagbon, are similar and their difference is only seen in the prefixes 'da' or 'ya'.

The word Dagbon was built around a story by the Dagomba. The story runs that the rulers and elders of the Dagomba often sat on the skins of 'lions' or 'tigers' and used the various ornamented 'lion or 'tiger' skins as the symbols of authority which they call a da gbon, meaning a da's (lion or tiger's) gbon (skin). Hence, the territory or area where all Dagomba Chiefs, Fetish Priests and Elders sat on the skins of lions or tigers in the course of time came to be called a da gbon, corrupted to read Dagbon, meaning a territory and the inhabitants are called Dagomba. Similarly, the word 'Yagbon' has been variously explained or applied, and the different versions or opinions are discussed in turns below. But, for readers to enjoy the discussions, let us start by explaining the revered name Ndewura. The name Ndewura comprises two segments 'Nde' and 'Wura'. Ndewura, according Solomon Salifu Tampuri, is from the two words Kade (singular) or Nde (plural) which means 'town', and wura which means 'lord' or 'owner'. Hence, the word Ndewura means "the lord of many towns."

Three scholars - Ivor Wilks, Nehemia Levtzion and Bruce M. Haight - explains that, the word "Gungi" was used by Arab scholars and that was later corrupted by European cartographers to read "Gonja" now a kingdom located in the Northern Region of Ghana. The kingdom of Gonja lies between the Black and White Volta Rivers in Ghana. This area was founded by one Ndewura Jakpa, a Mande (Wangara) warrior, who traced his root to one Askia Dawud, the Overlord of the ancient Songhai Empire in modern Mali. The inhabitants of Gonja in modern Ghana, like every other people, coin terms which are applied to their artifacts or remarkable events. One term very prominent in the history of the people of Gonja is Yagbon, which is variously explained.

In works by Arab scholars, the term 'quth' interpreted to mean 'a tree' or 'a plant (ansoba) were used in the figurative sense to refer to the seat or palace of Ndewura Jakpa called Yagbon. The Arab writers demonstrated how firm Ndewura Jakpa and his followers were in the territory created and liken the strength and authority held by the ruler like how a tree is stacked in the ground. In other words, the name Yagbon refers to something set up or erected firmly and was very solid. Other Arab scholars likened the meaning of Yagbon to a 'fortress' (qasoba) or a citadel (castle) of the capital city or the town of the kingdom.

Another explanation for the term Yagbon was adapted during the era of Ndewura Jakpa's expeditions. Ndewura Jakpa began his expedition with, according to Emmanuel Forster Tamakloe, "70,000 men."This large force of fighting men was described as "a large army" and since the entire army came came from the same descent was, in other words, referred to as "a large household." This phrase 'a large household or army', according to J. A. Braimah, "in the language of Gonjas is known as, as kiya gbong,"and which came to be corrupted to read Yagbon. Contrary to this, another opinion says the term Yagbon means "close to perfection."This description, compared to all available opinions examined, is incorrect.

Conclusion:
African terms or words from the brief discussion are not randomly picked. Most African names or words stand for something significant. For instance, A. A. Illiasu, suggests that the name Gbipe was derived from the word Gbi, which means "heavy or weighty load." In addition, to get a successor to replace Ndewura Jakapa "a prince or chief with a large household and plenty followers, Kong (Kung), was elected." Hence, the term Yagbon describes the big household that first occupied the throne at Nyange, and thus, became the name of the skin and title of the Chief, Yagbon-wura.

Articles:
. J. A. Braimah, "Timu in the History and Social Organisation of the People of Gonja", Unp., 1983

A. A. Illiasu, "The Gonja Revolution: The Trial of Yagbonura Mahama and Six Others", Unp., undated