'On Fuel Taxes: NPP Government Should Apologise For ‘Deceiving’ Ghanaians' 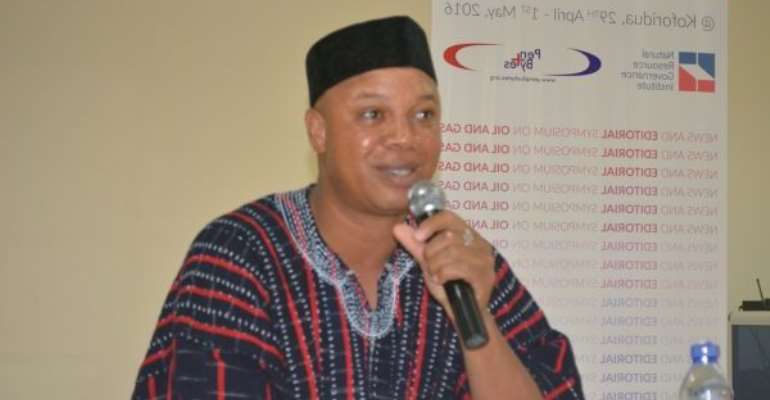 The Minority in Parliament has called on New Patriotic Party (NPP) government to apologize to Ghanaians for failing to honour their campaign promise to reduce fuel prices.

According to the deputy Ranking Member on the Mines and Energy Committee of Parliament, Adam Mutawakilu, the NPP had been elected on the back of repeated promises to scrap ‘nuisance taxes’ imposed by the previous government, thereby reducing the cost of fuel for the ordinary Ghanaian.

Fuel prices hit an all-year-high in September, with petrol selling at an average price of GHc4.29 at the pumps, and diesel going for an average of GHc4.23 per litre.

The NPA has also culled hopes of a reduction in the prices anytime soon, stating that the taxes on the petroleum products were in the interest of Ghanaians .

However, the Damongo MP, believes that with the number of assurances the NPP has given to the public during the campaign and since assuming power, the government owed Ghanaians an apology for their failure to ensure stability in fuel prices.

“It's a matter of principle and consistency. Whatever they told us, they should do it, otherwise they should apologize to Ghanaians. They would not be the first to do that. Former President Kufuor promised to slash down the number of Ministers, when he came into office, he told Ghanaians that he didn't know that is the nature of governance,” he said.

“If they are coming to confess to Ghanaians that they deceived us during the elections they should come out and say it and not use gymnastics.” 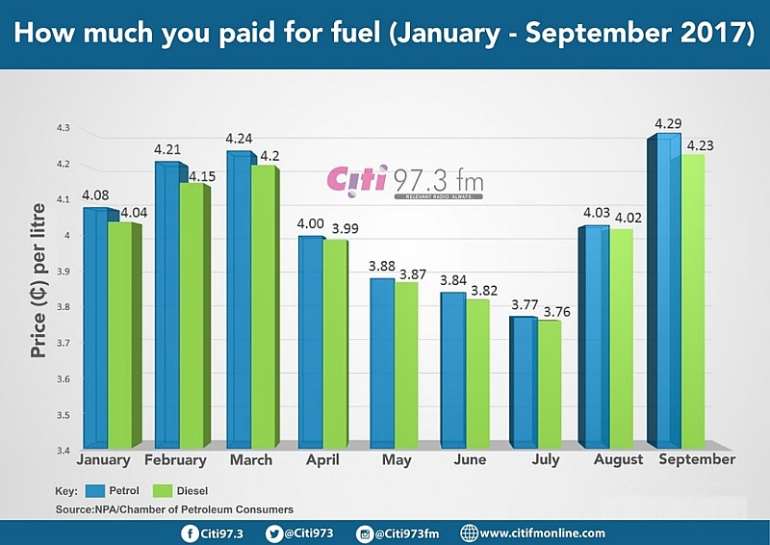 Analysts have stated that, the surge in fuel prices could be among other things be as a result of crude oil price on the international market, as well as the depreciation of the Ghanaian currency – the cedi.

Some have also complained that the numerous taxes on petroleum products, could have led to a surge in prices, and have thus called on the government to review them.

NPA Boss Hassan Tampuli defended the taxes saying they help to stabilize the prices and availability of the product within the country.

But Adam Mutawakilu believes that the NPP’s criticism of the Mahama administration’s handling of fuel pricing seemed to suggest that they had plans in place to address the challenges.

“We were in this country in March 2015, when there was an increase in petroleum prices, [Bawumia] raised issues with respect to the increase, and that government was insensitive to the plight of Ghanaians. When the NDC government brought the special petroleum tax of 17.5, we heard what the NPP said about it. The current Chairman of Finance Committee said he was willing to shed his blood to resist the tax. When we brought in the Energy Sector Levy, the NPP in opposition made it categorically clear that if they come into power they will scrap it,” he said.

“When they got power, the Minister-designate of Finance, said petroleum prices would not increase and would remain the same. Nine months down the line, the Energy Minister is saying there's nothing he can do [about the increase]. You don't just get up and speak. I believed that when they were criticizing us, they had alternatives which is why they said they would scrap it.”

You're A Covenant Keeping Leader — Ahafo Chiefs To Akufo-Add...
16 minutes ago