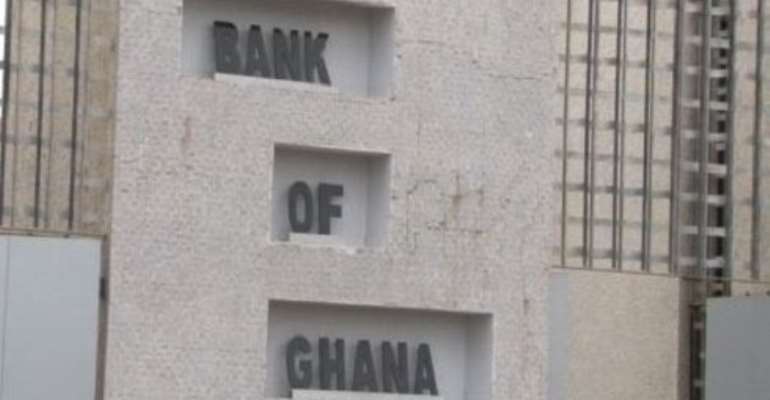 The Head of Financial Services at the Bank of Ghana, Stephen Opattah has dismissed claims suggesting that he had said the $2.25 billion bond was issued in dollars.

The bond which was issued in April by the Finance Minister, Ken Ofori Atta has generated a lot of controversy.

The Minority in Parliament claimed that Trevor Trafgarne, a non-executive director on the board of investment firm, Franklin Templeton, the firm that purchased Majority of Ghana's bonds is also the Chairman of the Enterprise Group; a company closely aligned to the private interests of the Finance Minister, Ken Ofori-Atta.

During an interrogation at Parliament’s Appointment Committee sitting on the issue, Mr Opattah defended the processes of the bond issue but said his comments may have been misconstrued.

He said nowhere in his presentation in Parliament did he ever mention that the bond was issued in dollars.

Some members of the minority have suggested that the Finance Ministry and the Bank of Ghana are contradicting each other on the issue of the currency in which the bond was issued.

Member of Parliament for Bolga Central Albert Adongo claimed to have audio visual evidence to prove that Mr Opattah had made comments to that effect.

But speaking on Joy FM/Multi TV’s news analysis programme Newsfile on Saturday, Mr Opattah said “I want to make it clear that the currency in which the bond was issued was in cedis and it was also settled in cedis.

“At no point have I ever mentioned that the bond was settled in dollars,” he added.

Mr Opattah explained that although the investors came with dollars, they were made to purchase cedis from the BoG because the bond is issued in cedis.

“This is what happened, they sold the dollars to us and we gave them cedis,” he added.

The dollars are then deposited in the forex reserves of the BoG.

Mr Opattah pleaded with critics to stop attributing to him what he has never said.

“I have worked so hard to get to where I am and I don’t want to be quoted for things that I have not said.”