CHRAJ Clears Ofori-Atta Over Conflict Of Interest In Bond Deals 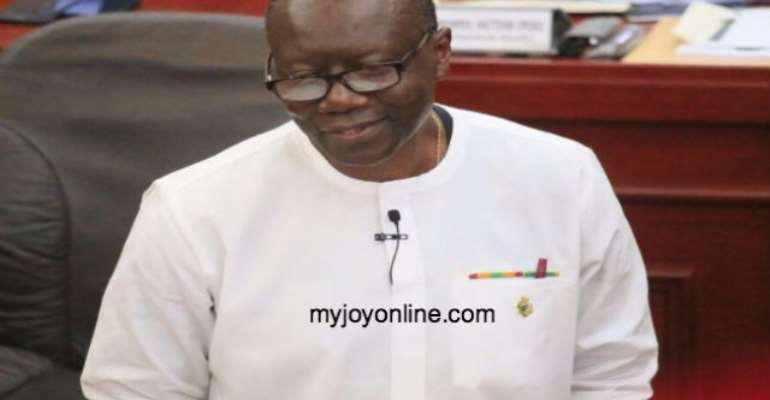 The Commission on Human rights and Administrative Justice (CHRAJ) has cleared the Minister of Finance (MOF), Mr Ken Ofori-Atta, of allegations of conflict of interest in the issuance of some bonds.

The Commission, however, after its investigations of allegations made against the minister by a citizen, Mr Yaw Brogya Genfi, gave wide-ranging directives in relation to the bond issuance processes to ensure transparency and clarity.

After five months of investigations, which included interviews with the parties involved, industry players, transaction advisors, security brokers and the Registrar General., and the review of guidelines, regulations, laws, and other documents, CHRAJ concluded that, “On the basis of the evidence available to the Commission, it has come to the conclusion and therefore holds that the allegations by the complainant that the respondent has contravened Article 284 of the 1992 Constitution by putting himself in a conflict of interest situation in relation to the issuance of the 5-year, 7-year, 10-year and 15-year bonds, have not been substantiated.

The decision was contained in a 140-page document detailing the investigations, analysis and conclusions.

Allegations
On April 25, 2017, Mr Genfi petitioned CHRAJ in a letter titled "Petition to investigate conflict of interest in the recent US$ 2.25 billion bond issued by the Government of Ghana through the Ministry of Finance.” He insisted that, “a relational interest existed between the Minister of Finance and Mr Trevor G Trefgarne, who in a semi-annual report of the Franklin Templeton Investment Limited of December 31, 2016 is one of the Board of Directors of the organisation, while also being the Chairman of the Enterprise Group Limited.

“Enterprise Group Limited is a company partially owned by Data Bank Limited, a company in which the Finance Minister is known to have significant interest,” Mr Genfi said.

He also complained that Mr Tevor G Trefgarne and the Minister of Finance had also been described as “great friends.”

Findings
Although there was no evidence that Mr Ofori-Atta benefited personally from the transaction, the Commission, however found breaches of the rules on the issuance of bonds.

On the basis of that, it gave wide-ranging directives in the exercise of its powers under Article 287 (2) of the Constitution that provides that "The Commissioner for Human Rights and Administrative Justice or the Chief Justice as the case may be, may take such action as he considers appropriate in respect of the results of the investigation or the admission,” directed that the Minister ensure that all processes in the issuance of bonds by MoF and the Bank of Ghana (BOG) are complied with.

It also directed that the minister, as a matter of urgency, pass regulations, rules or guidelines to regulate the format of and criteria for the auctions and the procedures for participation, bidding, and allocation in auctions in relation to the issuance of securities in the domestic market.

CHRAJ further charged the minister take measures in preventing Primary Dealers who are also bookrunners/Transaction Advisors from gaining unfair advantage because of their dual roles.

It urged the implementation of section 56 of the Public Financial Management Act, 921 of 2016 in the shortest possible time due to the imperative of Bonds becoming a feature of the country’s debt payment system and the appetite of investors.

“The issuance of bonds is a form of borrowing and therefore operationalising section 56 (2) of the PFM Act with standard terms and conditions for government borrowing through a legislative instrument or through a resolution of Parliament to enable greater transparency in all borrowings is long overdue,” CHRAJ stressed.

Observations
Among the 21-point findings in its decision, CHRAJ observed that Primary Dealers also doubled up as Bookrunners/Transaction advisors, and that dual role gave them an undue advantage.

It also observed that the “Respondent is either a director, former director or shareholder, or beneficial owner, of several companies whose objects relate to the securities market sector. The companies include Databank and EGL. As such, Respondent’s interests in the growth and wellbeing of those companies, have the potential to conflict with the interests of the state in relation to the securities market such as the issuance of bonds.

Decison
CHRAJ, however, said that “There was also no evidence before the Commission that there was a personal benefit to the Respondent or his private businesses and other relations.”

It further said that it did not find evidence that the size of this virtual “private placement” makes it akin to a sovereign bond or foreign loan; or that the Virtual “private placement” approach that was used was opened in the morning and closed in the evening of the same day March 31, 2017; or the Enterprise Group Limited is a company partially owned by Data Bank Limited, a company in which the Finance Minister is known to have significant interest; or that the Finance Minister issued the bond in a manner that would favour his friend, family, associates and /or business partners, and that the Bond transaction seems to have been shrouded in secrecy.

Support
Some of the evidence gathered, however supported other claims of Mr Borgya Genfi.

For instance, claims made by him about the fact that the 7-year and 15-year Bonds were not on the 1st Quarter Issuance Calendar (January-March 2017). They were on the 2nd quarter issuance calendar which was released to the BOG on 30th March 2017 at 12:31 PM but operationalized before the end of the 1st quarter 2017; that April 3, 2017, was the Settlement Date; that the process leading to the issuance of the 5-year and 10-year bonds through the tap in arrangement or tap in simpliciter, took place in one (1) day, that is from 12:31 PM on March 30, 2017 when the notice was sent out by the BOG inviting bids and closed at 2:00PM same day; and that Franklin Templeton Investment Limited (an American global investment management organization founded in 1947), purchased about 95 per cent of the Bond issued were all substantiated.