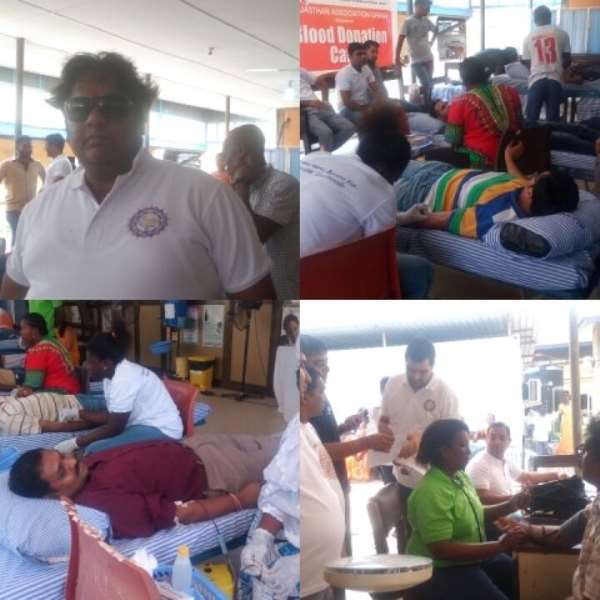 Accra, May 29, GNA - The Greater Accra Regional Hospital has lauded the Rajasthan Association Ghana (RAG) for stocking its blood bank with 57 units of blood.

Mr Mohammed Mustapha Seini, the Laboratory Manager, Greater Accra Regional Hospital, said the 57 units of blood donated by RAG was the highest ever recorded on it premises.

Speaking to the Ghana News Agency on Monday in Accra, Mr Mustapha Seini, said what the group had done was unparalleled in the annals of the Greater Accra Regional Hospital; adding that 'all the donors were Indians, no community group has ever done this'.

He said in the past, attempts by the Hospital to organise similar exercises on its premises, yielded only nine units of blood.

He said on daily basis, the Hospital required at least 20 units of blood, which was sometimes difficult to come by.

He said many a time the Hospital had to rely on the Korle Bu Teaching Hospital and the 37 Military Hospitals for support.

Mr Mustapha Seini therefore, appealed to the public especially community groups in the country to emulate the shining example of RAG.

The Laboratory Manager also expressed gratitude to RAG for presenting 20 pieces of blankets and five water kettles to the Hospital.

Membership of RAG is made up of people from Rajasthan in India, who are currently living and working in Ghana.

Rajasthan is India's largest state by area, which is located on the western side of the country.

Mr Thanvi said Maharana Pratap belonged to the Sisodiya clan of Rajputs; and that the King was revered and worshipped by many royal families in Rajasthan for his bravery and courage.

He explained that the birth anniversary of Maharana Pratap was celebrated as per Hindu calendar, which is a lunar calendar; hence the date keeps rotating.

He noted that this year's event, which fell on May 28, was therefore, marked with the blood donation exercise.

He said Maharana Pratap was best known for the Battle of Haldighati against Mughal emperor Akbar to defend his Kingdom.

He said the great ruler fought against foreign aggression of India, and his purpose was for human welfare.

Mr Thanvi said the aim of the blood donation exercise was to restock the blood bank of the Greater Accra Regional Hospital to help support patients who might be in need of blood.

He said donors were not only from Rajasthan, but from other Indian communities living in Ghana.

He urged all and sundry to donate blood to help save lives; declaring that blood donation was the best way to serve humanity.

He said based on the high response from this maiden blood donation exercise, RAG would ensure that it organises similar exercises at least thrice a year.

'Ghana is our second motherland, this is where we earn our bread and butter,' he added.