Kumasi Does Not Sit On Time Bomb: Fire Service Reacts 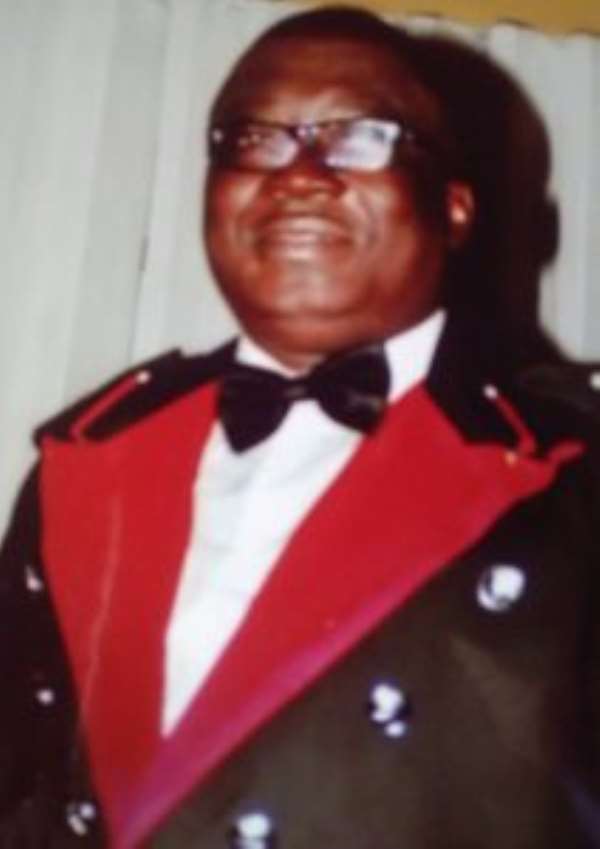 The Ashanti Regional Fire Command finds the front-page headline in the Monday 3rd April, 2017 edition (VOL:26, NO. 49) of The Chronicle newspaper captioned “Kumasi sits on time bomb… any fire outbreak could plunge the Garden City into chaos… due to 'stone age' fire tenders”, as alarming and factually incorrect. The Command therefore writes to react to this publication as follows;

the Regional Command at least expected to be consulted by the reporter before publicizing this untrue and fabricated story just to tarnish the hard-won reputation of the Command especially when proactive measures such as market patrols, community education, as well as awareness and sensitization programmes geared towards fire prevention had since been put in place to bring down fire and related incidents in the region.

The Command has however succeeded to bring down the rate of fire occurrences in the region by more than half representing (52.89 %) in the first quarter of 2017, (January-March, 2017 recorded 350 fires) as compared to the same period in 2016, (January-March, 2016 which recorded 743 fire cases). The rate of decline is mainly due to the implementation of proactive measures and the deployment of robust fire engines contrary to the suggestion that Kumasi is sitting on a time bomb due to low capacity fire engines and ill-equipped personnel.

For the records, Kumasi does not sit on any time bomb as the publication sought to imply. There are twenty (20) fully fledged Fire Stations with their robust Fire Tenders in commission to respond to any fire and related emergencies any day any time including that of the Fomena (FS  656) and Regional Headquarters Sub-Station (FS 549) Fire Tenders. Kuntenase fire station is yet to receive a fire tender. Agona is currently a Fire Post being manned by an Officer, hence there is no broken-down fire tender in any of our twenty (20) Fire Stations in the region as at today Monday 3rd April, 2017. All the Twenty (20) Fire Stations in the region have an up to speed fire tenders that can handle any fire emergency and not Stone Age fire tenders as alluded to by the publication.

It is worth noting that, the Command has set up a well-resourced Maintenance Team who are able to deal with any fault on any of the fleets of vehicles under its utilization. And due to this there is no broken-down Fire Engine in the region in any of the Twenty (20) Fire Stations with Fire Appliances.

This however brought about the slight delay experienced in rectifying the fault. As at Today Monday 3rd April, 2017, the faulty fire hydrant at the Regional Headquarters has been rectified and the hydrant is working to its fullest capacity. Again, the assertion that the only water hydrant at the Regional Headquarters premises have been out of use for the past three (3) months is absolutely a falsehood fabrication to create fear and panic within the residents of Kumasi.

And that should there be any fire outbreak, the Service would not be able to respond with water in the fire tender since water happens to be the main weapon used for fire management by the Service.  Furthermore, the ancillary hydrant equipment (i.e. standpipe, key and bar) mentioned in the publication are not damaged and that these equipment are intact and operationally usable. The repairs of fire hydrants solely rest with Ghana Water Company Limited (GWCL). It is also worth noting that the Service pays no fees to Ghana Water Company Limited for the maintenance of the fire hydrants.

The Command wishes to assure the general public from the facts afore-mentioned that Kumasi is not sitting on any time bomb and there will not be chaos in the Garden City should there be any fire outbreak and related incidents, since there are fully functional and robust fire engines to respond swiftly and more resourced personnel with high morale to rise up to the occasion when duty calls.

Thus, the Command has no problems in meeting its firefighting and related incidents management requirements. The Command wishes to allay the fears of the citizenry of the region by this rejoinder and that the earlier untruth publication should be disregarded. The Command however, wants the general public to remain on high alert to report anyone or activities that could create undesired fires and to continually adhere to basic fires safety precautionary measures being churned out by the Fire Safety Educators into their domain in order to sustain the reduce rate of fire and related incidents in the region. The Command has succeeded for instance by ensuring that there has not been a single major fire incident in the region this year especially at the Kumasi Central Market and moreover recording an unprecedented low fire cases.

The Command would wish to indicate that reporters of The Chronicle and others alike, should verify their sources in future before putting such unfortunate and untrue information in the public domain.