Yahaya Jammeh Must Be Uprooted 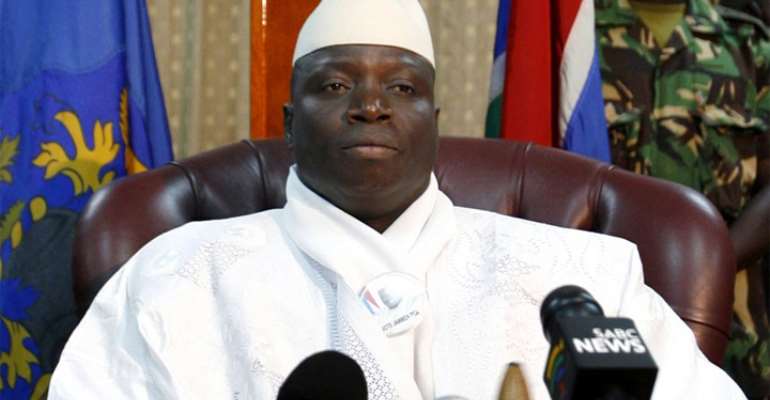 African leaders are countenancing a conundrum created by one of their colleagues: Yahaya Jammeh has lost an election and he is refusing to go away, creating an avoidable tension in The Gambia.

It is such a dangerous precedence which they must not allow as the people of West Africa are gradually appreciating the advantages of democracy and the need to uphold this wise and worldwide acceptable form of government, regardless of the contrary stance of dictators like Yahaya Jammeh.

The end of diplomacy in dealing with a man who thinks he was destined to rule over his people by all means, the inappropriateness of it notwithstanding.

It is a test which the regional economic bloc, Economic Community of West African States (ECOWAS) must pass or lose its deference.

We have observed the painful and often incensing rounds of missions to Banjul by West African leaders, all in an effort to resolve the unnecessary impasse created by the dictator.

The bouts of diplomacy in our opinion, must have a closure at a point and we think that time is now, otherwise other dictators or military adventurists would try the Jammeh module much to the detriment of the growth of democracy in Africa.

It is important that Jammeh is forcefully uprooted by military force lest an unacceptable precedence is set for future application by African dictators. If they fail to end his bluff West African leaders would be reduced to nothingness in terms of their ability to effect their bloc’s policies and interests.

If there is any time that ECOWAS leaders must flex their muscles that time is now. We are waiting to see whether Yahaya Jammeh or the regional bloc's leaders would win the day.

We have heard rather regrettably that the winner of the polls is being asked to move to Senegal to douse the tension which has engulfed the small West African country, if he has not done so already.

Why did they rather not ask Yahaya to move out? It is a decision which in our estimation smacks of indecision or a diplomatic blunder at a time when the leaders should rather be baring their teeth without any symptom of weakness.

The backwardness of West Africa is steeped in the high incidence of bad governance occasioned by the rule of dictators over the years. Some countries have leaders who have stayed on for so many years and would not want to hear anything about regime change – be it by the ballot box or otherwise.

Change must come when the people so desire as the people of The Gambia did recently and which Yahaya accepted only to – like an indecisive person –  turn his back on much later.

When the challenge of upheaval strikes in a given country in the West African sub-region it is the rest of the ECOWAS member countries that would bear the brunt in terms of the cost of humanitarian assistance and the hosting of refugees, not forgetting the direct sending of food and other essentials to the war-ravaged country at a massive cost to the supporting countries already challenged by budgetary constraints.

If we do not want to suffer from the foolishness of Yahaya then we must be ready to stop him from pushing his country to the brink of war.

We expect in the next few days ECOWAS boots on the soil of The Gambia as a show of solidarity with the people of that country.