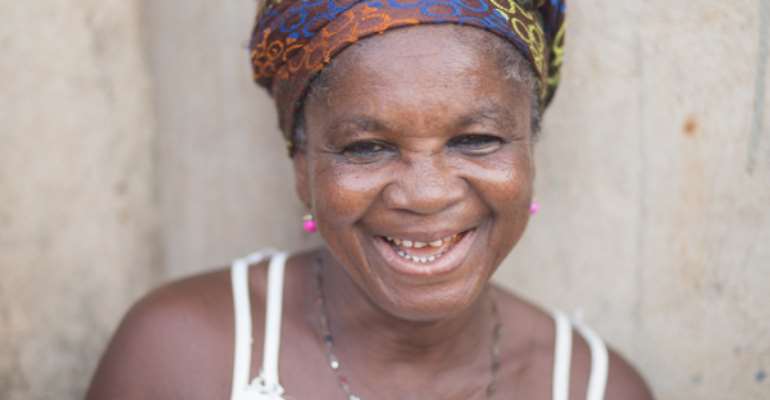 Abibata Abdul-Samed is a reintegrated alleged witch and has been rehomed for a year now. After living in the camp for 20 years. At first she felt lonely, but now she is happy and loves living and caring for her 4 grandchildren.

Before I arrived in Ghana, my opinion of the Witch Camps was that they were in extremely rural areas, and existed in the North because that is where the smaller villages are where people have less education and exposure to the outside world. However, since starting this project I have learnt that most, if not all, Ghanaians believe in witches, including many of my friends and colleagues in the capital Accra, mainly because of strong religious and superstitious beliefs. It surprised me to hear that many travelled and educated citizens believed in the existence of witches and witchcraft in the 21st century.

But still, only in the North did these camps and the witch accusations exist. I was pre-informed that many accusations come from a death in the community, because somebody had a dream that the woman was a witch, or because there had been a string of bad occurrences or a natural disaster which could be blamed on witchcraft.

Sadly, when I arrived at the Camps, this wasn't exactly the case. Every single woman I spoke to who had been accused of being a witch had one thing in common with their story- They had become a burden to their family.

The stories often started the same. Their husband had died, and they were forced to move in with a brother, son, cousin. After a short while, this family member felt too inconvenienced by having to care for them, which would prompt them to accuse the woman of being a witch. Perhaps someone would die in the community, perhaps someone became ill, perhaps they simply lied and claimed to be sick themselves, then the relative would blame the illness or death on the woman and accuse her of witchcraft. By the next morning, through no trial but mob justice, she would be banished from the community and banished from any food, money, clothing and human rights she had momentarily before. For the rest of her life, the accused witch lives with stigma in complete poverty.

Some women I met were actually children when they first arrived at the Witch Camp, sent by their family to care for their grandmother who was banished as an accused witch. Once the grandmother had died, the grandchild would try to return to their community only to be told that they too were now banished because of fear that the witchcraft was passed through the family.

One woman called Awabu Mahama had been living in the Witch Camp for 30 years. She was around 85 years old, losing her eyesight and unable to work on the farm for the little money they pay, or walk the 30-minutes daily stretch to carry water she may need. Her roof leaked every time it rained, which flooded the floor she slept on. Of the 6 daughters Awabu has, not one has been to visit once in 30 years. She survives on the scraps and offerings of others around her in the community, the clothes they donate to her. It seems they do look out for her and try and take care of her as best they are able. I asked her; if she could have anything in the world, what would she like- She replied "Food, housing & clothes".

Many of the women wish to go back to their communities, but sadly because of the stigma still attached to them, they know that they can't. Others can't because the people who accused them of witchcraft were their only family, so they have nowhere to return to. Some have children that would like to have them home, but simply can’t afford housing or transportation. Each woman has a very different and complex situation, and there is definitely not one solution for all.

The only conclusion I feel very strongly about is the mistreatment of these women hidden behind the word “witch” or “witchcraft” and the mob justice that automatically follows it. The stigma they are subjected to should rather be on the people who accuse them of being witches to hide that they are bad, morally bankrupt people who find it easier to strip a woman of all of her rights and banish her to a life of poverty and loneliness than to take responsibility and care for her in her old age.

Perhaps women in Ghana need more rights to start with, so that when their husbands die they don't become such an automatic burden to someone else. They should inherit their husbands land and money and continue to care for their children as they were.

Perhaps, as it's 2016, the government should step up and put more pressure on the situation to end, rather than avoiding the subject of Witch Camps in their campaigns for fear of losing votes. Losing votes has absolutely nothing on losing your home, your family and your human rights. 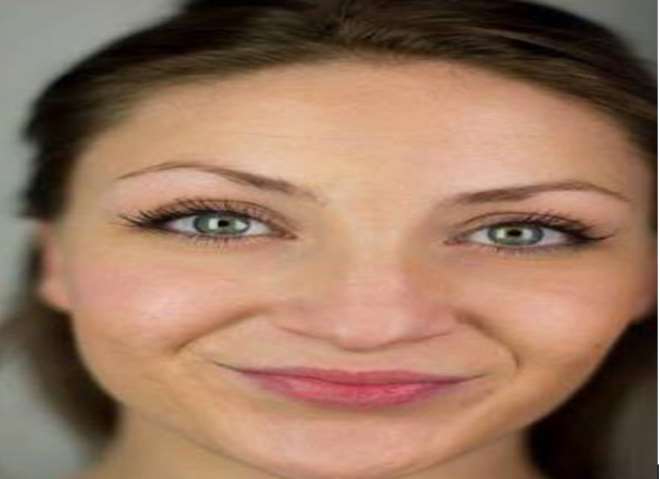