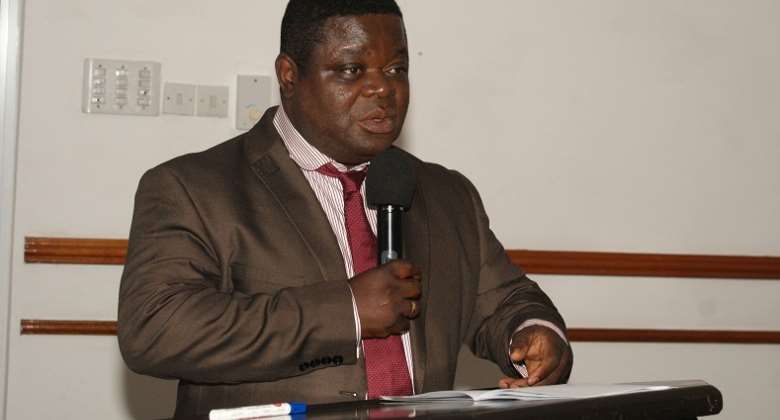 Ghana's economy faces a recession if steps are not taken to diversify its productive sectors, the Head of the Economics Department at the University Of Ghana, Professor Peter Quartey has warned.

His caution came on the back of the latest report of the Institute of Statistical, Social and Economic Research (ISSER) which indicated that the country's GDP growth declined in 2015, continuing a trend of dwindling economic growth since 2011.

In an interview with Citi News' Duke Mensah Opoku, Prof Quartey explained that, “there is the need for us to diversify our economy in the sense that non-oil GDP has grown higher than oil GDP. What it is telling us is that, given the slowdown in oil prices, over reliance on oil should be reconsidered.”

“We need to diversify our economy so we don't enter into economic recession like Nigeria is currently facing,” he added.

Speaking to some of the factors that may have influenced the drop in GDP, Prof Quartey noted that, government has not encouraged private sector development, the utility tariffs have been hiked, the rise in taxes and interest rates “and this is not encouraging direct production and that is not encouraging the growth and employment prospects of our country.”

He thus suggested government “takes a critical look at some of the taxes we are imposing,” because some taxes imposed may not yield enough revenue and “we need to review the tax system and see which ones are helping and which ones are not helping.”

As an example, Prof Quartey said, “the import duties we pay and different components, indicating that there has been a slowdown in the volume of trade in imports. Perhaps we need to look at the various taxes in our imports.”

Moody's positive rating of Ghana a reflection of economy- Terkper

Moody's, in its recent economic report of Ghana defined the economic outlook as positive, affirming the rating at B3.

The report cited significant fiscal deficit reduction and success in implementing structural reforms over the past year, as well as reduction in government liquidity risk on the external side.