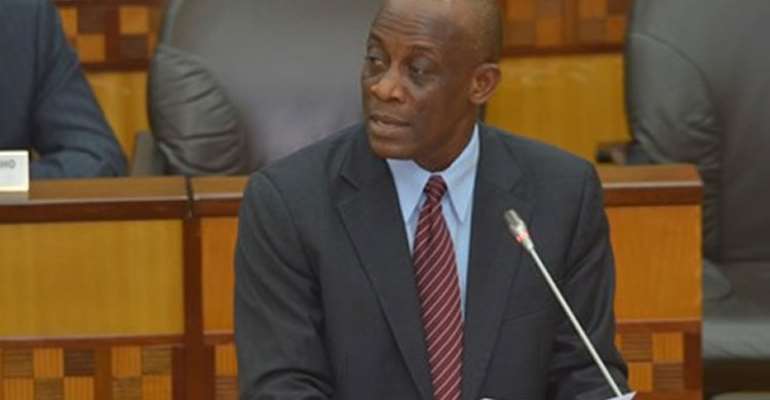 The country's resources, which are supposed to be channeled into infrastructural development and social services, are now being used to service high debt obligations, Dr Mahamadu Bawumia, vice presidential candidate of the New Patriotic Party (NPP) has stated.

The real effects of the reckless borrowing undertaken in the last seven years by government was evident in the magnitude of interest payments Ghana had been burdened with currently, according to him.

“In 2015, interest payments amounted to more than GH¢9.6 billion. That figure was more than the total debt stock of GH¢9.5 billion in 2008 at the end of President Kufuor's term.

Comparative analysis
“To put the interest payments on the debt in context, we should note that the entire allocations in the 2016 budget to the Ministries of Roads and Highways, Trade and Industry, Food and Agriculture, Water Resources, Works and Housing, Youth and Sports and Ministry of Transport amounted to a total of GH¢2.1 billion.”

He said interest payments in 2016 (GH¢10.5 billion) would be five times what was allocated to the afore-stated six key ministries combined.

“As interest payments go up, the space for development shrinks, and this is

due to financial indiscipline.  At the end of 2008, Ghana's total interest payments amounted to GH¢680 million.

“The interest payment on the debt stock in 2015 was six times Ghana's oil revenue. The oil discovery has basically been compromised over the last seven years by the government's recklessness and incompetence.”

“With such large-scale borrowing, government is crowding out the private sector which is unable to borrow to grow their business.”

He stated that Risk free Treasury bill rates were around 23 percent (up from 10.6 percent in 2011) while bank lending rates were on the rise because of excessive government borrowing.

Also, lending rates of financial institutions were now as high as 40 percent.

Dr Bawumia said it has become virtually impossible for businesses to borrow in the financial sector to grow and produce more, adding that government poses the biggest threat to private businesses currently.