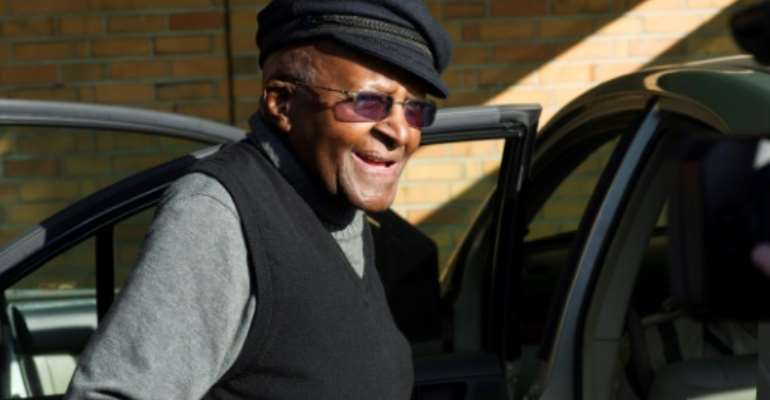 Desmond Tutu was admitted to a Cape Town hospital and last week underwent a "minor surgical procedure" to determine the cause of an infection. By Rodger Bosch (AFP/File)

Johannesburg (AFP) - Retired archbishop and anti-apartheid icon Desmond Tutu was Wednesday discharged from hospital in South Africa after three weeks of treatment for a "recurring infection", his family said.

Tutu, 84, had been admitted to a Cape Town hospital and last week underwent a "minor surgical procedure" to determine the cause of the infection.

"Archbishop Emeritus Desmond Tutu was this morning discharged," said a statement by his family.

His wife Leah Tutu said she was "overjoyed" to have him home, saying she would help nurture him back to full health.

The Nobel Peace laureate was last year hospitalised over a persistent infection which was a result of the prostate cancer treatment he has been receiving for nearly 20 years.

The much-loved former archbishop of Cape Town gained worldwide prominence for his strong opposition to white-minority rule in South Africa.