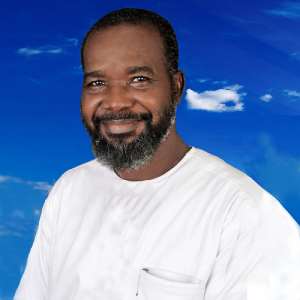 A couple of years ago, I published an article in this very medium titled, “Is Christianity Biblical?” (Parts 1 &2), which drew a lot of comments from readers to my email address. Up to today, I am still thankful to all the civilized and courteous people who asked me questions relating to that article and I hope the answers I gave have been a blessing to them.

But then, I know many more readers had questions to ask me, which they never did. It is for the benefit of such readers and also those who never had the chance to read that article that I write this current one. It is hoped that all readers will, ultimately, be properly informed about Christianity by these articles, and then, hopefully, be forearmed for the cataclysmic events billed to come upon the earth, shortly.

What I am going to say in this article, I might have said previously in newspapers, television programs, and elsewhere on cyber space. But I deem a repetition of these issues beneficial to the spiritual lives of cherished readers, and hence my writing of this article.

To begin with, let me say once again, and as forcefully as I possibly can, that Christianity is not even biblical! No one verse in the English Bible mentions the word “Christianity”!! Readers are advised to consult such books as—Strong's Exhaustive Concordance of the Bible and Thayer's Greek-English Lexicon of the New Testament—to be helped to agree with me.

What this means is that, Christianity is neither a topic that has been discussed in the English Bible, nor is it the religion of the English Bible. This is plain and simple, and I wonder if anyone can contest this or believe anything to the contrary!

As Bible-believers must know, all of Creation shall very soon pass away; but the Word of the Most High One shall remain and endure forever. So then, because everything about, in, and of Christianity is not part of the revealed Word of the Most High One, it will definitely pass away!! In the coming new Earth, worship in Shamayim will NOT be conducted in the manner of Christianity, neither will it have even one Christian there to partake in it.

Be not quick to argue, dear reader, that, Christianity will forever remain or be in the new Earth because someone called “Jesus Christ”, who many wrongly believe to be the Son of the Most High One, and one they suppose to be the savior of the world, is he that founded Christianity. Well, the belief in this “Jesus Christ” is, in itself, the problem that causes many to live in a false sense of being saved, since the name JESUS CHRIST is the greatest deception the devil has pulled over the eyes of mankind!

One may ask: “How could this be?” Fact is, long before the coming of the English Bible, the devil—Lucifer—had vowed to reverse every plan, work, and set times of the Most High One (cf. Dani’El 7:25). Later in the day and long before our times, genuine servants of the Most High One warned salvation seekers to be wary of this plan of Lucifer, in the Holy Ivrit (Hebrew) Scriptures—cf. Tasloniqim Beth (Second Thessalonians?) 2:3-12. But alas, the whole world now lies in Lucifer's wicked deceptions—cf. YahuKhanan Alef (First John??) 5:19; top of this pack of deceptions is Christianity!

You see, Lucifer, while yet a member of the host of holy malakim (angels?) in Shamayim and before iniquity could ever be found in him, was instructed in and professed the only true Ivrit name of HaBen HaElohiym (the Son of the Most High One), which is, Yahushua HaMashakhYahu, and was made to understand that by and around this name ONLY must all businesses in Shamayim and also between Shamayim and HaAretz (the Earth) be forever conducted!!

Later, when Lucifer was cast out of Shamayim onto HaAretz, he became aware that the only name by which anyone under Shamayim would ever be delivered from his (Lucifer's) control was Yahushua HaMashakhYahu.

Lucifer, therefore, schemed to keep mankind from ever knowing this Ivrit name! His trick in this was simple but very effective, showing his master craftsmanship—let everyone on earth believe Yahushua HaMashakhYahu in Ivrit is the same as JESUS CHRIST in English!

Lucifer, then, misled all to forget about the name Yahushua HaMashakhYahu, the only name within which there is the power to bring salvation to sinners—infused into it by the Most High One Himself—and caused all to believe in JESUS CHRIST instead; thus, deeming Christianity as begotten of and by him (this so-called JESUS CHRIST)! Now, “If there be CHRISTIANITY, we must have CHRISTIANS”, Lucifer quipped, and thus taught gullible mankind into believing that Christians are those people of HaAretz who are saved from his (Lucifer’s) influence and dominion!!

Lucifer thus developed a Goyim-based (Gentile-based) philosophy encapsulating “Jesus Christ”, “Christianity” and “Christian(s)”—all of which is dung coated with gold! It is baffling how Lucifer managed to keep mankind in this deception of his for so long!!

Everything from “Jesus Christ” to “Christianity”, and their products—the diverse Christians of the numerous denominations—are the handiwork of Lucifer. You see, if “Christianity” and its “Christian” following were of the Most High One, He would have taught them in His Holy Word—the Holy Ivrit Scriptures.

And then, bible translators, while translating the Holy Ivrit Scriptures as they even did without His mandate, would have found at least one Ivrit word suitable for them to possibly translate as “Christianity”. But alas, they found no such Ivrit word, and hence the loud absence of the word “Christianity” in all the many versions of their English Bibles!

You see, until the preaching of the salvation message of the Most High One that began from YahuSalem (Jerusalem??) reached the Goyim city of Antioch, where and when some people first called the true followers of the Savior as “Christians” (cf. Acts 11:26), maybe to ridicule and annoy them, nobody ever bore the tag “Christian”!

This means that, during all the days of the Savior on earth, and until those of his last shlikhim (apostles??), no “Christians” were “produced” among the children of Yisroel—the people to whom the salvation of the Most High One belongs according to YahuKhanan (John??) 4:22!! Therefore, no single Christian existed in the entire world during those days when the true message of salvation thrived in the world, as it started spreading from YahuSalem, through Yahudah (Judea?), Shomrom (Samaria?) to ketzeh HaAretz (ends of the Earth)!!

Sha’ul (Saul? and Paul??) of Tarsus, one of the most illustrious Ivriim (Hebrew men) of the Savior’s immediate post-ascension era, was not a Christian and neither did he ever preach Christianity. This may be shocking to many people!

According to Ma'asim (Acts?) 9:2, Sha’ul was once upon a time a persecutor of people who followed HaDerekh (The Way) without alluding HaDerekh to Christianity!! This same HaDerekh was later on preached by Sha’ul which he defined in Ma’asim (Acts?) 24:14 as being the faith of his fathers and the neviim (prophets?), who were all instructed in and lived by the Torah—a faith which was (and still is today) completely devoid of anything that is in or of whatever faith that came to be known as or called Christianity!

Just as every man-made product has an expiry date, so does Christianity as a religion of the Goyim people; and is, thus, hereby foretold to expire pretty soon!

I can bet you that when the gates of Shamayim open for the holy children of Yahuwah Elohiym to enter to spend Eternity, it shall be seen that only the people of HaDerekh shall be admitted by Yahushua HaMashakhYahu—who himself is HaDerekh (The Way), HaEmes (The Truth), and HaKhayyim (The Life)—to worship his Av (Father) in THE WAY and manner revealed by him to those who are found to be functioning in him as holy and living branches of his own body, HaGefen HaAmittit (the True Vine)!

I can confidently say that there shall be no Christian permitted to live in Eternity with Yahuwah Elohiym and HaBen (the Son)! My dear Christian, just beware of this and be forearmed!!

Even before the great day of Yahuwah Elohiym comes to blow away Christianity from existence, the latest version King James Version (KJV) Bible, the Restored Name King James Version Bible (RNKJV) (1999), has already blown Christianity away into oblivion and permanent forgetfulness by its deletion of the words Christ, Christian, and Christians from the English Bible!!

Like seriously? Yes indeed; seriously. You may have to Google this Bible to appreciate what radicalism it introduces into the belief systems of Christians by its restoration of the true and genuine names of the Most High One and HaBen, together with those of many other holy Ivriim who had roles to play in the execution of the plan of the Most High One for mankind’s salvation.

As a shofar (ram-horn trumpet) blower of Elohiym, I am, by this article, dutifully warning mankind according to His Word in YechezkEl (Ezekiel?) 33:6-7; and this, I do in love for my readers. Will this generation heed the Word of Elohiym? Dear reader, my prayer is that your spiritual eyes will become opened to the truth so you may be delivered from the deception of Christianity. Shalom aleikhem l’makhbir!

PS: Should readers of this and any of my articles have serious questions or suggestions, they may contact me via e-mail by clicking on “Contact” on the Home Page of my website, http://sbprabooks.com/BongleBapuohyele You may also want to purchase a copy of my book—Beware of This False Doctrine: Of Reciting the Sinners' Prayer for Salvation—via the same web address so, together, we walk the narrow way to the presence of Elohiym. Shalom aleikhem.