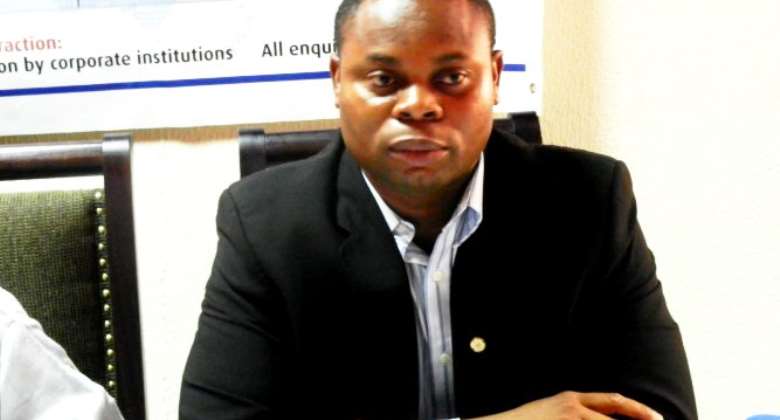 Folks, any keen observer of the ebb and flow of contemporary Ghanaian politics will not undermine the influence of Franklin Cudjoe and his IMANI Ghana team on the political rhetoric that has portrayed the Mahama-led administration as “incompetent” (according to the Gospel of the NPP’s Akufo-Addo). In fact, Cudjoe and Robert Bentil have been a long thorn in the flesh of the government as far as their incisive/biting comments denigrating its performance are concerned.

By persistently undercutting anything and everything done by the government, using their own set of formulae for assessing issues at different theoretical and practical levels, they have established themselves as avowed “undertakers” in bed with the government’s political opponents to bury it at Election 2016. Thus, the impression created by IMANI Ghana is that it is a bed-fellow of t6he NPP. Forget about the mushroom political parties, especially the Progressive People’s Party (PPP) and its Dr. Paa Kwesi Nduom and his self-righteousness that are mere irritants hoping to present themselves as bargaining chips if there is need for a run-off at the conclusion of Election 2016. There won’t be anything like that to give them any foothold.

Thus far, Cudjoe and his think-tank have done all in their power to make a case for a change in government, basing their stance on their own assessment of economic factors regarding the incumbent’s handling of affairs. The gloomy picture painted by them works well for their NPP allies. So has the rhetoric been till now that something otherwise has emerged.

We don’t want to bore anybody, but we want to raise some of those important issues to drive our argument that the IMANI Ghana group has had a rude awakening to revise its notes. After all, being birds of a feather, they have flocked with the NPP all these years till now that they have found their perch to re-see things from a wider angle. Blind and narrow politics doesn’t do it all. Cudjoe has come of age and is leading us somewhere to see what he has seen about the NPP and its machinations.

It particularly condemned the NPP’s version of promises (citing the “One District One Factory” or the “One Village One Dam” promise by Akufo-Addo as a mere phantom to be pooh-poohed because it is unachievable. It justified its condemnation with evidence from the Ghanaian condition and cautioned against such wild deception for political capital).

IMANI Ghana also took on the NDC’s promises and tore them apart, suggesting that most of them were more politically motivated than practically achievable or necessary, given the objective reality of the government’s performance in office so far and the challenges facing the economy that it hasn’t been able to tackle. In truth, then, IMANI Ghana sought to punch holes in the government’s wild political baiting of the electorate on the basis of promises that cannot be fulfilled. The point it has sought to make is that the government is not being honest here.

The first sign that by punching holes in such promises IMANI Ghana was setting itself up to go on a collision course with its supposed political ally (the NPP) didn’t take long to emerge. The NPP strongly condemned Cudjoe and his team, creating the impression that it was reckless and unthinking in its assessment of the promises. Whatever was at stake seemed not to have been appreciated as such, according to the NPP. On the other hand, the NDC humbly accepted the criticism in good faith and promised to streamline everything in its manifesto, which is to be launched in Sunyani on September 17.

We note at this point that in its vitriolic reaction, the NPP took on IMANI Ghana and created the impression that it was up to a bad game with it. Keen observers were put on edge to expect more, which didn’t take long to surface.

News reports told us what it was, which I reproduce here verbatim to set the tone for what follows: “Contributing to a Facebook post last week, Cudjoe outlandishly described members of the “NPP Loyal Ladies” group as “overused and smelly... Mr. Cudjoe had sought to call members of the group sex workers formed to provide amatory satisfaction to executive members of the NPP. He suggested the ladies were filled with stench due to an excessive degree of sexual encounters they had with core members of the opposition party.” (See http://www.ghanaweb.com/GhanaHomePage/NewsArchive/NPP-women-group-demand-apology-from-IMANI-boss-467066 ).

Oyiwa!! The stage immediately got set for what is now emerging as a dog fight among people not really sure of how to work together in their malicious campaign of political mischief to push the Lion of Gonja out of office. What motivated IMANI Ghana’s Cudjoe to hit so hard? And why did he apologize after doing so, even though his apology hasn’t gone down well with the group? A vicarious participant now regretting for being compromised or apprehensive of the consequences?

Where lies morality, then? Or the moral authority to condemn corruption in Ghana? Someone’s conscience being pricked? Uneasy lies the “head” (and this is a metonymy or something in the vein of synecdoche) that wears the “crown” (another word play here). Once in and out, something surfaces for regret. (Tell me about the act of coitus—either the fear of pregnancy and the challenges or that of a sexually transmitted disease to lose sleep over till death do the doer part!!).

Where does IMANI Ghana’s Cudjoe place himself to be able to loudly condemn the so-called “honourable” and beautiful “NPP Loyal Ladies”? What is beauty in a woman being mobilized for political campaign purposes if it cannot attract benefactors? My mouth no be gun here oooh….!!

More importantly, we note the import of the news report that in an interview with Ultimate News, the group branch in the Northern Region hit back strongly at the Cudjoe, describing him as “a disgrace” to the organization he heads. As the report put it, there was raw anger among members of the group. The regional spokesperson of the group, Rebecca Opoku Badu, said the group demanded an unqualified public apology on radio and TV from Cudjoe. He hasn’t done so to date. He is said to have apologized. Where and when, we don’t know.

Interestingly, all that happened at a rally in Tamale as part of Akufo-Addo and his running mate’s four -day campaign tour of the Northern Region. They saw and heard everything live and coloured but didn’t react by way of comments. Vicarious participants too? Some “free bonto” for the grabs? Eih, these people!!

The defence pout up by the group may not carry weight, after all. How could Cudjoe be talking about "smell" and "stench" if he hadn't directly come into contact with the sources of such "effluence"? (Excuse this strong word, though)? What does Cudjoe know (probably as a recipient of their services)? Meantime, those doing overtime with their natural assets are thumping their chests as rolling stones gathering no moss, even as prostate cancer threatens their lives. Who say man no dey? Man dey for you!!

Folks, there is more to look for. What next will IMANI Ghana’s Cudjoe tell us about the NPP so we know how to position ourselves for their vile politics of roguery, intimidation, and nation-wrecking? Ghana can be built without their kind of negative politics.

I can’t bear their wiliness, condemning strategic development efforts on the basis of infrastructure yet promising to provide Ghanaians with the very infrastructure featuring in their negative politics of vilification against their political opponents providing those facilities. They did it to Nkrumah, to Rawlings, to Atta Mills, and to John Mahama. Why should Ghanaians put them in office as such only for them to serve their own selfish purposes?

Meantime, they have no better means to grow the economy than what is already established by their political opponents that they want to exploit. All their promises have fallen flat upon scrutiny. That is what IMANI Ghana’s Franklin Cudjoe is pointing out, which they hate to the marrow, but which will doom them at Election 2016. Only those who have dined with the devil know how long his spoon is. And Cudjoe has dined with such political devils and is now warning us. We will not fail him.

Joseph Yamin to clear weeds in all abandoned Mahama projects...
58 minutes ago