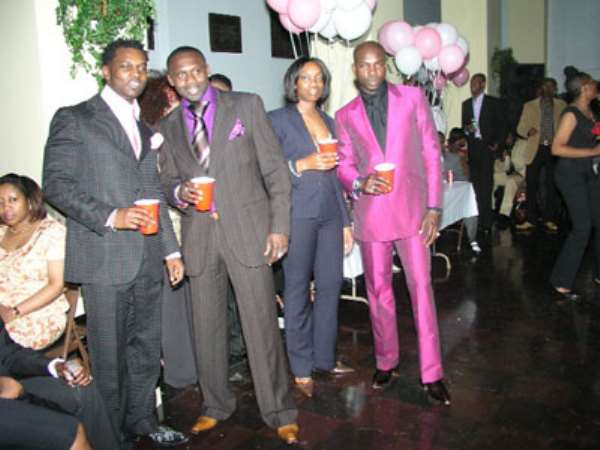 Kumasi, Jan. 22, GNA - Professor Emmanuel Acheampong, a Ghanaian professor at Harvard University in the United States of America, has challenged Ghanaians living abroad to lead the way by investing in the country. He said the only way the country could free itself from poverty and the present economic difficulties and divest itself from over-dependence on donor agencies and the international community for assistance was for Ghanaians themselves to commit resources into the development of the country. Professor Acheampong was interacting with media personnel in Kumasi when he led a 13-member group of investors from the US to the country to identify opportunities in education, telecommunication and technology for investment. He said since the nation abounded in rich natural and human resources, there was the need for Ghanaians in the Diaspora to identify opportunities and invest in them. The investors, who arrived in the country last week and spent three days on their exploratory work, have since left for similar tours of South Africa, Botswana and Zambia.
Professor Acheampong also called on the government to create a conducive environment to attract investors into the country, pointing out that most Ghanaians living abroad especially in the US were reluctant to invest in the country because of the lack of proper social amenities in most parts of the country.
He urged the government to step up efforts at ensuring the provision of good roads, drinking water, constant electricity and hygienic environment.
Professor Acheampong commended Ghanaians for the maturity they exhibited in the December 7, 2004 presidential and parliamentary elections.