Shabaab leader 'presumed killed' in US strikes in Somalia 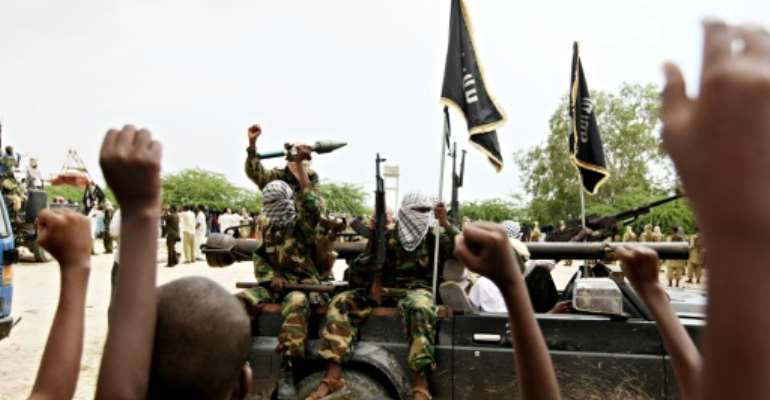 Fighters from Al-Shabab parade in the streets of Mogadishu in 2009. By Mohamed Dahir (AFP/File)

San Diego (AFP) - US air strikes targeted a Shabaab military leader in Somalia who is "presumed killed" in the attacks, Pentagon officials said on Wednesday.

The airstrike carried out on May 27 targeted a top Shabaab military commander Abdullahi Haji Da'ud, Pentagon spokesman Peter Cook said in a statement.

Another US official told reporters that the senior Shabaab militant is believed to have been killed in the attack.