Donald Trump Is A Wake Up Call For The Republican Party 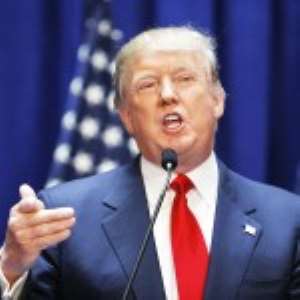 Republican Party leaders have lost touch with their base, with Independents, and with the general electorate’s craving for equitable prosperity. That's odd. The economy consistently polls at the top of voter concerns.

The single most important factor in the 2016 presidential election pithily was described by the New York Post’s John Crudele in a column headlined Americans haven’t gotten a raise in 16 years :

One last statistic, from Sentier Research. Median annual household income in the US reached $57,263 this past March, which was 4.5% higher than in March 2015.

But — and here’s where the anger comes in — this March’s figure is still slightly below the $57,342 median annual income in January 2000.

January 2000!
Americans haven’t gotten a raise in more than 16 years.

The incumbents have failed us. Comes now Donald Trump as a wake up call.

We enter an epic political era. It rather puts one in mind of the second verse of Genesis: And the earth was without form, and void; and darkness was upon the face of the deep.

Trump’s rhetorical focus on worker prosperity promises light. But … can he deliver? The Republican party now is waiting for Trump to prove himself an Agent of Light rather than just another political Lucifer. To what policies will Trump commit himself? On whose advice will he rely? Will he refine his disposition to display the kind of maturity required from the leader of the free world?

Much now depends on Donald Trump’s immediate next moves. While waiting for these moves let us spend a moment contemplating the darkness currently besetting the face of the political deep, both Democrat and Republican.

As for the Republicans: public intellectual Tevi Troy recently provided a profound and convincing autopsy in Politico: How GOP Intellectuals Feud With the Base Is Remaking U.S. Politics: Whathappens when the partnership that created the modern Republican Partyshatters .

What’s really going on is that the ideas that the conservative intellectual community has been peddling for decades have failed to appeal to an angry blue-collar voter base. What worked in Reagan’s era just doesn’t work anymore, and Trump is simply exploiting the divide.

I, to the best of my knowledge, am the only capo of the Vast Right Wing Conspiracy who also is a proud card-carrying member of the AFL-CIO. Heresy?

My primal political influences, Jack Kemp, co-founder and second president of the AFL Players Association , and Ronald Reagan, president of the AFL-CIO affiliated Screen Actors Guild , both were union bosses. Reagan, as president, spoke to the nation of the “basic right of free trade unions and to strike.”

Note also that the great John L. Lewis, leader of the United Mine Workers and prime founder of the CIO was a lifelong Republican. He was a supply-sider, willing to see the number of miners reduced by advanced mining technology so long as the remaining miners equitably participated in the associated productivity gains.

The founder of the Republican Party, one rail-splitting Abraham Lincoln was deeply empathetic toward and supportive of laborers. Today's GOP has lost touch both with its roots and its rank-and-file.

If Trump can reawaken the GOP that would be creative destruction at its best.

The American Dream has two components: prosperity and economic justice. Realizing the Dream demands that labor and capital both thrive. The parties are polarized.

Republicans champion prosperity (but a prosperity in practice largely inuring to the “rich." Democrats champion fairness, but at the cost of thwarting the prosperity to which we workers aspire.

The two values, economic prosperity and economic justice, are not antithetical. Trump, at least rhetorically, has fused the two. He is receiving an enthusiastic response and not just in the GOP.

Trump is formidable yet something of an enigma. He rhetorically hits the nail – equitable prosperity – on the head. Yet Trump’s proposed highest profile remedies -- high tariffs and mass deportations -- would take us out of the frying pan and into the fire.

Herbert Hoover proved how toxic tariffs can be. Tariffs contributed to, some say even precipitated, the Great Depression. His tariffs caused immense misery to millions of workers.

Hostility to undocumented workers is a proxy issue for stagnation. A policy to deport derives from the pressure from enough jobs to go around it causes an understandable grievance to allow illicit competitors for available jobs. To succeed in his aspirations Trump needs more than a “ a big beautiful door ” in his wall. He needs job creation.

Trump surely wishes, if elected , to become “the greatest jobs president that God ever created” rather than the next Depression-inducing Herbert Hoover. Is Donald Trump able to offer up the kind of mechanisms that propelled America to create nearly 40 million new jobs under Presidents Reagan and Clinton.

Trump shows some promise in his unequivocal praise of the gold standard as a crucial element in restoring equitable prosperity. Trump: “Bringing back the gold standard would be very hard to do, but boy, would it be wonderful. We’d have a standard on which to base our money.”

There is plenty of evidence that the gold standard would let the djinn of equitable prosperity out of the bottle. Restoring it would be far less difficult than Trump suggests.

Going into the general election, Trump need only double down on the gold standard and cutting marginal tax rates to unite the party and excite America.

Will Donald Trump credibly offer the voters a recipe to restore the daylight of the American Dream? Or will his recipe portend an even longer, darker, night?