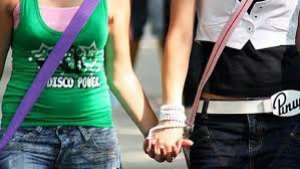 If you are one of those who think that muslims clerics are not fuelling terror and persecution in the name of Allah and Islam, then you need to take a look at this recent incident in Ghana. A muslim cleric, Mallam Abass Mahmud is literally calling for the elimination of gay people by inciting attacks and persecution of homosexuals in Zongo communities in Ghana. Mahmud has advanced preposterous claims in furtherance of his hateful campaign. Let us examine some of his claims.

First of all Mahmud says that Allah gets annoyed when ‘males engage in sexual encounter’. Really? He does not even qualify this statement to show that it was his personal opinion. The question is: How does he know when Allah is happy and angry if ever such feelings apply to Allah? Did Allah inform Mahmud that he or she frowned at homosexual encounters, particularly male homosexual relationships? Is this declaration a product of direct communication or revelation?

Mahmud further added that gay sex causes earthquakes. Earthquakes? I mean what is the relationship between homosexuality and the shaking of the surface of the earth or seismic waves? Is this claim in line with Islamic science? Is this statement another of Allah’s private revelations to Mahmud?

Many muslim clerics around the world are fuelling violence and hatred using unsubstantiated claims about Allah’s will, thoughts and dispositions. They claim to speak for Allah instead of allowing the so called almighty Allah, if it can, to speak for itself.

Muslim clerics literally ‘play Allah’ by telling us what he feels; what annoys their most merciful and most gracious deity. They authoritatively declare what makes him happy, what pleases or displeases him. Muslim clerics tell us who has insulted Allah and prophet Muhammad, and what has defamed Islam. By so doing, they have turned islam into a religion of terror, persecution and destruction.

It is not pertinent at this point to ask Allah to respond and confirm if what Mallam Mahmud said represents his true feelings about homosexuality. Certainly that is a futile venture because Allah is an imaginary and insentient being. However muslim clerics are not and we should take them to task.

I challenge other muslim clerics in Zongo communities in Ghana, other muslim clerics in other parts of Ghana and Africa to denounce this case of Islam based homophobic attacks. Islamic clerics should make it clear that what Mallam Mahmud has said is not in accordance with their own understanding of Islam, or the teaching of prophet Muhammad and the supposed injunctions of Allah, otherwise it would be interpreted that what these inciteful messages truly represent Islam at least in Zongo communities.

Mallam Abass is free to express what he thinks about homosexuality but when he makes such hateful statements to seem as if they constitute the legitimate teachings of Islam and the injunctions of Allah and prophet Muhammad, other islamic clerics must speak out if they object to such pronouncements.

Are there muslim clerics who are ready to take up this challenge and denounce the senseless attacks and persecution of gays and lesbians in Zongo communities in Ghana?

The author has 264 publications published on Modern Ghana.