My Journey Back To The Future Of African Farming 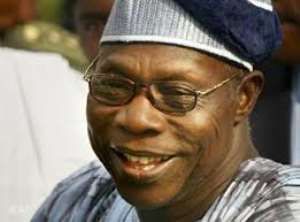 Every year, thousands of young Africans join an exodus from their families’ small, often struggling farms in the countryside. Their dream – sometimes fulfilled, often not – is to find a more rewarding and stimulating life in the continent´s rapidly growing cities. Few return, but even fewer ever completely sever their ties.

It’s a complicated connection and one I deeply understand. My own exodus to the city as a young man opened up a lifetime of opportunity that culminated with serving as president of Nigeria, Africa’s largest economy. But not only did I retain my ties to agriculture, I have now returned to my roots. I’m a farmer again—at Obasanjo Farms Limited—and I’ve never been happier.

Working the land once more has given me a better perspective on two of the biggest challenges facing Africa today: how do we provide employment opportunities to the millions of young Africans, who are the world’s largest population of people under 25 years of age so they can stay in the village and farm? And how do we put an end to the seemingly endless cycles of food crises that are, as I write, playing out again with dismaying familiarity in parts of eastern and southern Africa?

Capitalizing on a $1 Trillion Food Market
Fortunately, more and more Africans like myself are seeing these issues as intertwined. We see agribusiness as Africa’s biggest opportunity to not only end hunger and malnutrition, but also as Africa’s best hope for generating income and employment, particularly in rural regions. The World Bank estimates that by 2030, demand for food in our rapidly growing urban areas will create a market for food products worth US $1 trillion. This market needs to be owned and operated by African farmers, African agriculture businesses and African food companies.

But one thing is clear to me as I return to farming: to achieve its potential, African agriculture needs a fresh infusion of innovation and talent.

I have many fond memories of my childhood in a small farming settlement near Abeokuta, the capital of Nigeria´s Ogun State. By the age of five, I was accompanying my papa to the fields where we grew cassava, maize, plantain, oil palm and other crops. A proud Yoruba man, my father was considered the most successful farmer in our village. While living with few modern amenities, we grew plenty of food, and we enjoyed the cultural wealth of our Yoruba traditions and history.

Ultimately, this way of life was unable to withstand pressures that would soon intensify – population growth, political turmoil, land scarcity and soil degradation.

Embracing Agriculture as a Calling and Career

Today, African farmers need several things that my father lacked but which farmers elsewhere in the world take for granted. We need improved crop varieties developed to resist disease and tolerate drought. We need access to modern inputs, like fertilizers. We need markets where farmers can profit from their labor and thus justify investments in improved production. We need affordable credit that all small businesses require and extension services that help us keep abreast of sustainable farming practices.

But ultimately we need people. Specifically, we need Africa’s best and brightest to embrace agriculture as a calling and a career.

Recently, I agreed to chair the selection committee for the new Africa Food Prize, an award that aims to recognize outstanding individuals or institutions taking control of Africa’s agriculture agenda. It started out in 2005 as the Yara Prize. But moving it to Africa in 2016 and rechristening it the Africa Food Prize has given the award a distinctive African home, African identity and African ownership. It is also a substantial award: $100,000 for the winner.

The hope is that the Prize itself and its cadre of winners will signal to the world that agriculture is a priority for Africa that all should embrace. It can call attention to the individuals who are inspiring and driving innovations that can be replicated across the continent.

I sometimes portray my return to farming as coming full circle. But in reality, while I cherish my childhood memories, I don’t want to return to the past. I want to be part of the future, where farming in Africa is a lucrative, exciting entrepreneurial pursuit and young people aspire to be farmers because they see talented men and women building a rewarding career in farming and farm-related work.

I hope that the Africa Food Prize quickly becomes a symbol of all that agriculture in Africa can offer and that one day soon, we will see a shift, when young people in urban areas will look longingly to countryside and think: there lies the land of opportunity.

You can nominate someone for the Africa Food Prize here.