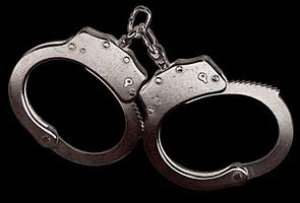 Accra, May 20, GNA - The Ghana Immigration Service (GIS) has arrested one Saviour Sodjagor in a recruitment scam.

The suspect was arrested at Weija, a suburb of Accra, when he attempted to defraud a lady of GH¢ 350.00 under the pretext of selling GIS recruitment forms.

A statement issued in Accra and signed by Mr Michael Amoako-Atta, the Deputy Head of Public Relations, GIS and copied to the Ghana News Agency, said in the suspect's written statement, he mentioned one Maxwell Ativor and Philip Prince Kpobi of being the brain behind the scam.

It said the suspect indicated that he was contracted by Maxwell to look for persons who were interested in joining the Service at a fee of GH¢300.00.

The statement said the suspect managed to convince one Mariam who paid GH¢350 and he sent it through MTN mobile money to Maxwell.

'The suspect claimed he contacted one Grace and managed to convinced her, however, luck eluded him when upon a tip off, he was apprehended by the officials from the Operations Unit of the Service, just as he took hold of the money,' it said.

The statement said the GIS had not yet started any recruitment exercise and the public would be duly informed when the time was due.