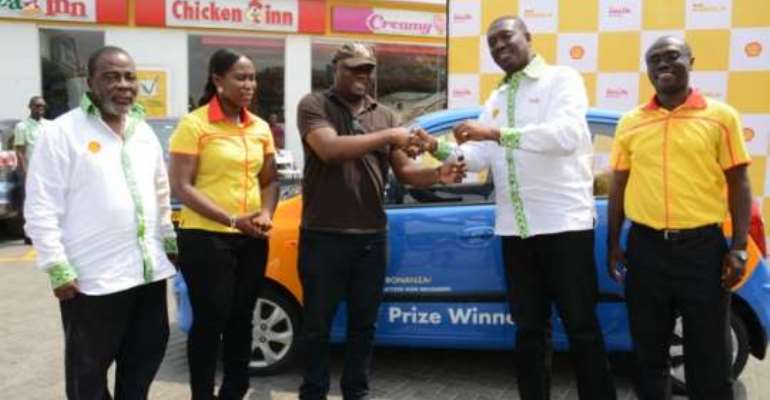 The prizes include two brand new Hyundai i10 taxis.

The winners of the last two taxis were George Attah Duah, a trotro driver from Kumasi and Sefadzi Dzikunu, a law student from Accra.

Sefadzi Dzikunu was at a loss for words, saying: 'I can't believe I actually won. I entered the competition because it interested me, but never did I believe that I would end up winning the taxi. I'm really grateful.'

In a speech read on his behalf, Mr Ebenezer Faulkner, Managing Director of Vivo Energy Ghana, thanked the winners and all participants for their involvement in the promotion, as well as their steadfast loyalty to Shell products.

The first taxi winner, Mr Francis Arkoh, who was present at the occasion said: 'I have already started preparing to drive my own taxi. Shell is just too much.'

The Shell Akyede Kese promotion has finally drawn to a close. To participate, motorists had to buy a minimum of GH¢ 60 worth of fuel from any Shell service station across the country to qualify for a scratch card, which contained a secret code. Customers were then required to text the secret code to1945, which gave them the chance to win more than 10,000 prizes, including the sleek new taxis.