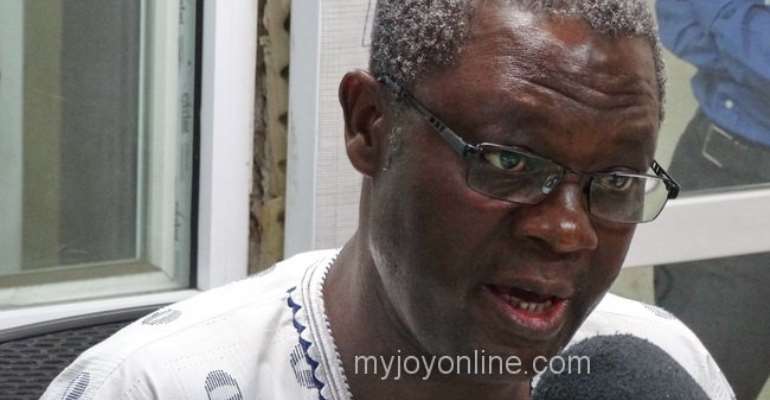 Chief executive of the Savannah Accelerated Development Authority, Charles Abugre is confident the broad consultation proceeding the adoption of a Master plan of the SADA area will make the plan impossible to abandon irrespective of any regime change.

The ambitious project will be led by Surbana International Pte Ltd., Singapore, acclaimed for its planning and design of Rwanda's Kigali, and Mr. Abugre is hopeful the plan will outlive any other regime due to the wide acceptance the project has so far received from various key stakeholders.

Speaking in an interview with the B&FT after the launch, Mr. Abugre said SADA's approach so far has involved all the political parties in a move to make the institution non-partisan as much as possible.

“Even as you are engaging the stakeholders, you still make sure that the idea/focus of the project speaks for itself. We are bringing the people along, making sure the people of the SADA zone are actively shaping what we are doing - which makes it difficult to throw the plan away even if there were to be a regime change.”

Commenting on steps being taken to strengthen the governance structure at SADA, Mr. Abugre explained that the institution was established as an independent an autonomous institution: “Meaning that we are to take the institution out of government's subvention. It has to run on its own resources with time. When it is truly autonomous and not depending on consolidated funds to run it, then CEOs can only be appointed through the institution's board.

“We will be taking a Legislative Instrument (LI) to parliament that will strengthen the institution and strengthen its autonomy. We have started consultation which will ensure the LI represents the broad consultation...we expect Parliament to pass this LI before it rises.”

SADA's acting Board Chairman, Adam Sulley speaking at the launch of the Master Planning Process, said the entire process is intended to add significant value to the lives of people in the SADA Zone especially.

According to him: “The unique nature of this planning process is to position the SADA Zone to attract investments and game-changer initiatives that will transform the landscape and economic attributes of the zone over the next 30 years”.

The immediate outputs will include a comprehensive Concept Plan that sets an inspiring vision, clusters the SADA Zone around specific growth poles, and proposes specific sectoral transformation plans; and the production of actual city models for Tamale and Buipe with an integrated property and land management system.

President of the National House of Chiefs Naa Prof. John Nabila, Wulugunaba, also speaking at the launch said he is confident that this exercise will go a long way to make the SADA Zone a buoyant economic region in Ghana and West Africa during years to come.

“This exercise should provide a blue-print of contemporary planning and spur investment in the zone,” he added.

SADA was established in 2010 as a government agency responsible for coordinating a comprehensive development agenda for the savannah ecological zones - comprising the three northernmost regions and stretches of Brong Ahafo and Volta Regions that are contiguous to the Northern Region of Ghana.

The mandate of the institution is to assist in development of agriculture and industry in the region to help lessen the disparity between it development and that found elsewhere in the country.