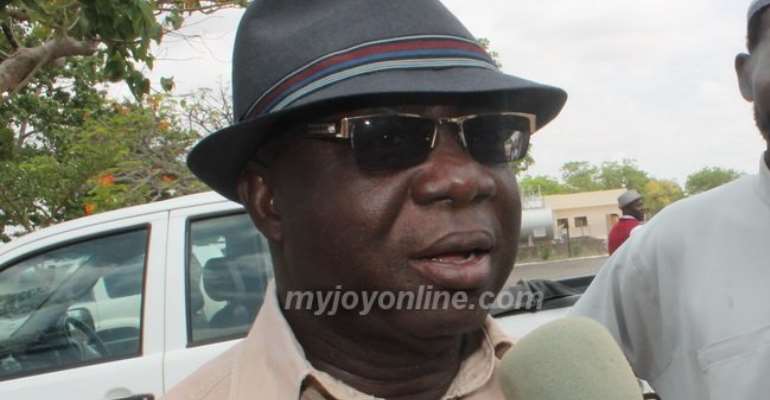 The New Patriotic Party is demanding immediate investigations into a multimillion dollar power agreement between the government of Ghana and AMERI Group.

The demand follows media reports that the nation was shortchanged in excess of 290 million dollars in reaching that deal. Worst still, a former key figure in the negotiation, Umar Farooq Zahoor allegedly is said to be on the wanted list of the Norwegian security.

The NPP in a statement also demanded to know the Ghanaians behind Ameri after claiming that a company owned by the president’s brother Ibrahim Mahama is close to the deal.

This among other reasons gave the party the cause to believe why “…Ameri came from nowhere to be handed this lucrative deal on a ‘golden’ platter.”

“On these and other burning questions requiring answers, we of the New Patriotic Party are convinced and feel obliged to demand, on behalf of the people of Ghana, an immediate and public inquiry into the Ameri Group deal. Nothing below this will satisfy Ghanaians as to the propriety of this deal.”

Below is NPP’s statement signed by Ag Chairman Freddy Blay

Following on from the damning revelations from the two Norwegian investigative journalists on President John Mahama's NDC government’s alleged fraudulent deal on 10 power turbines from Ameri Group of Dubai, and its rather weak, contradictory and porous response this morning, it is now evident that an urgent, immediate open public inquiry by Parliament, through a bipartisan committee, into details of the deal is urgently required.

In February this year, the NDC Government entered into a Built, Operate, Own and Transfer agreement with Ameri Energy of Dubai for the supply of 10 turbines with 230-250MW capacity of power. The total cost of the deal to Ghanaian taxpayers for the five-year period will be US$593 million, comprising of the $510 million direct cost plus a “variable charge” of $83 million ($16.6 million x 5 years). This is 16.3 per cent of the total cost of the project. Normally, a variable charge never exceeds 2 per cent of the total cost of any contract of this nature. So what explains this astronomical mark up?

These 10 GE turbines, according to industry experts, go for a total basic cost of some $220 million. This, naturally, has raised questions over the justification for the additional whopping $360 million.

The investigations, done by the two foreign journalists, first of all, confirm several suspicions raised by local observers, surrounding this deal, as well as raise questions that have not, and will not be answered by the President’s agents merely issuing statements and press releases. It calls for an open, bipartisan full-scale enquiry into it.

For clarity, let us summarise some of the issues:
1. Two of the companies connected to this transaction are also closely connected to President John Mahama. These are Engineers & Planners, owned by the President's brother, and entrepreneur, Ibrahim Mahama. In fact, President John Mahama was at one time a director of Engineers & Planners. The other firm, Amandi Construction, which has also generously benefitted from government contracts and its executives are very close to the President, is a sister company to STL, the controversial firm that is a contractor to both the Electoral Commission and the National Health Insurance Authority regarding the biometric register of both institutions. The involvement of these two firms in a deal that is reportedly inflated to the tune of some US$360 million is a serious cause for concern, adding to the worrying matter of how the cost of corruption is sinking our nation under this NDC Government.

2. The NDC Government has come out to deny the key financial details of the transaction, but evidence from the contract before Parliament, especially the key annexures (Annexes 'G' & 'C'), clearly contradicts the NDC Government's position. In fact the contract suggests that together with the specific, quoted costs, other contingent costs will lead to a total outlay far in excess of US$1 Billion. This is a worrying matter, given the precarious position of Ghana’s finances, including a near GHS100 billion public debt.

3. The structure of the deal is itself troubling. President John Mahama's government also has a working relationship with GE, the global American conglomerate from whom the plants were acquired. GE is also working in the energy sector to supply electric power. Why did the Ghana government choose to enter into an arrangement that would cost us, in specified terms, some 130% more (and potentially, if contingent liabilities fall due, cost five times more what it would have been if we purchased the plants outright)? Why go through an inexperienced middle company?

4. Why did the deal go through Ameri Group, which appears to have been created shortly before this deal? Who are the real people, Ghanaian contacts, behind this Ameri deal? This question is legitimate because Ameri came from nowhere to be handed this lucrative deal on a ‘golden’ platter.

5. Amund Bakke, the Editor of the Norwegian paper which broke the story, VG, contradicted the statement from the Minister of Energy this morning that the alleged Norwegian fugitive, Umar Farooq Zahoor, was not connected to Ameri and was merely a witness, who signed the agreement. Mr Bakke insists Mr Umar Zahoor was the CEO of Ameri at the time the deal was signed earlier this year and that the Minister is on tape, admitting to same when he was interviewed by the two Norwegian journalists last October. When was Mr Umar Farooq Zahoor removed from Ameri as CEO of Ameri Energy?

6. We also want the NDC Government to come clean on the involvement of US company, APR Energy on this project. Our information is that, APR Energy, which former US Secretary of State, Magdelene Albright and financier, George Soros, reportedly have controlling shares in, won the bid for the 10 GE turbines in Ghana. It appears, for some reason yet to be explained, that deal was frustrated and handed to Ameri Energy without any competitive tender.

7. In the President’s own State of the Nation Address this year, given on 26th February, 2015, he stated that, “Guarantees are currently being agreed for the following: Karpower ship (Turkey) 450MW, APR (UAE) 250MW, GE 300MW.” Whiles making this statement to the Ghanaian people before Parliament, the President was fully aware that the contract with Ameri Energy had been signed on 10th February, 2015, 16 days earlier. So why did he give the impression that some Dubai-based APR was the company contracted to provide the 10 turbines? Was Ameri Power or Ameri Energy created to deceive the procurement process that it was still APR (US) that Government was dealing with?

8. Why did Government take out the Florida-based APR Energy, with years of experience in the business, offering a far cheaper option, to bring in Ameri Energy, which had no experience in the field? Was it all to make hundreds of millions dollars of unconscionable windfall on the back of the needless Dumsor misery visited on suffering Ghanaians in the past four years?

9. This is because we have been made aware that Ameri has effectively sold the entire operational aspects of the contract to Metka, to be the operator of the five-year BOOT project between Ameri Energy and the Government of Ghana. Indeed, the terms of agreement paved way for exactly that to happen. The contract is worth $350 million to Metka, which will undertake the entire project, including the procurement of the 10 turbines and the management of the plant. Government should explain to us, does this mean that for being the needless agent, Ameri Energy simply walked away with at least $160 million or possibly $240 million, if you add the peculiar $16.6 million per annum “Variable Charge” slapped on top of the contract for five years.

10. Our final question for now, there is actually a company based in China and Pakistan called Ameri Energy Group ( www.amerienergygroup.com ) which has been in operations since 2005. It has no links with Ameri Energy, which is also linked to Ameri Group, both in Dubai. Could this be a case of passing off created by a person allegedly wanted for multi-million Euro fraud in Europe?

We have reason to believe that the public information available on this Ameri deal is significantly more in what it covers than it reveals, especially the key players behind the deal, the extremely high costs of acquisition, how much the government has paid in cash, guarantees and escrowed amounts and other issues.

This murky, and allegedly fraudulent deal has come at a time when Ghanaians have suffered four years of power outages that have collapsed businesses and added to the growing unemployment and desperation of Ghanaians. It has come at a time, today, Monday, 14th December, when Ghanaians are being demanded to pay a 60% price increase in the cost of electricity to their homes and businesses.

This “Ameri Christmas” gift is probably the straw which will break the back of the camel, regarding the incompetence and corruption of this NDC Government. We, the New Patriotic Party, are extremely concerned about the reckless and wicked manner that the affairs of our country are being conducted under President John Mahama and his NDC Government.

On these and other burning questions requiring answers, we of the New Patriotic Party are convinced and feel obliged to demand, on behalf of the people of Ghana, an immediate and public inquiry into the Ameri Group deal. Nothing below this will satisfy Ghanaians as to the propriety of this deal.