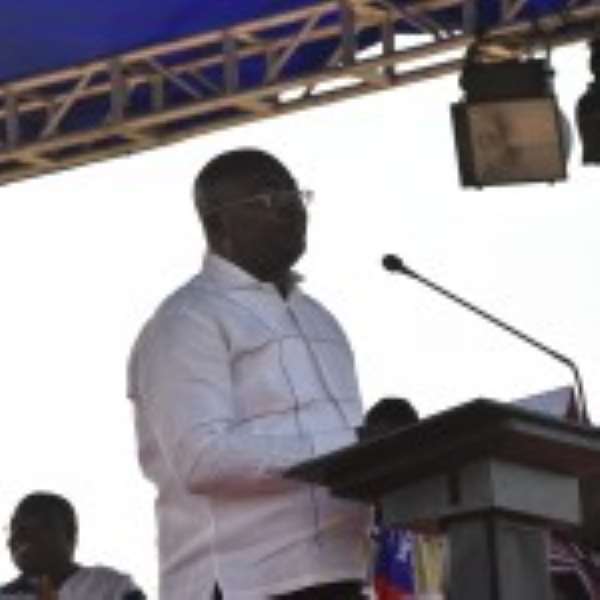 He has also descended heavily on President John Mahama's administration over the alleged bloating of the cost of rebranding 116 Metro Mass Transit (MMT) buses at a whopping GH¢3.6 million, saying the two controversial deals which have caused huge public outrage, are just a few out of a tall list of corrupt practices the NDC government has been perpetrating.

Speaking at the 15th Extraordinary Annual Delegates' Conference of the NPP in Sunyani on Saturday, Dr. Bawumia also cited the Karpower deal, the rehabilitation of the Kumasi airport runway as some of the recent examples of the many corrupt deals which have become the hallmark of the Mahama administration.

According to Dr. Bawumia, many projects under the NDC administration have seriously been infested with corruption.

He had earlier questioned among others, the Ameri Power deal at a lecture organized by the Prempeh College Old Students' Association in Kumasi.

“The issue of the Ameri Power deal is the latest episode of issues bordering on corruption and the failure to ensure value for money for the people of Ghana,” he maintained.

In this deal, the astute politician and economist said, “Ghana is basically purchasing 10 Gas Power Plants for $510 million, even though the same plants can be acquired for $220 million on the market.”

He continued that “The government in this deal contracted a middle man – Ameri – who also contracted another middleman – Metka – to purchase the plants from the original manufacturers – General Electric – though the government is clearly aware that General Electric are the manufacturers and Ghana could have purchased the plants directly from them.”

Dr. Bawumia wondered why the government failed to purchase the Power Plants from either General Electric or METKA, since it is clear even from the Ameri Agreement that these two companies could have offered Ghana, a far cheaper alternative.

“The government has claimed that the manufacturers of the plant – GE – would have provided the plant at a far more expensive price.

“However, information available indicates that GE submitted a proposal to VRA for a similar facility and this proposal was found satisfactory by VRA,” the NPP top notch noted.

He indicated, “Unfortunately, VRA's precarious financial position could not permit it to enter into a rental agreement with GE.

“In the Ameri deal, Ameri is buying the equipment from GE through Metka. With this long chain of supply, can Ameri quote a price lower than GE? How can a manufacturer's price be more than that of a retailer? Can the government furnish the public with copies of the GE proposal sent to VRA?”

Dr. Bawumia then touched on the role of Metka in the deal.

“Metka, which is virtually executing the entire scope of Ameri's responsibility under the Agreement (i.e. engineering, procurement, construction, building, operations and maintenance of the plant), is doing so at a total cost (with profit) of not more than $350 million (payable in 5 years).”

He added that “… Clearly, then the entire plant could have been purchased for at most $350 million and paid for over the 5-year period. So again, why did the government not even procure this plant from Metka, since they could offer the same package for $350 million? What value is Ameri bringing to the table to justify their $160 million entitlement? This contract also does not make sense.”

Dr. Bawumia finally touched on the Metro Mass buses rebranding scandal and expressed worry over why government had decided in the first place to spend taxpayers' money on rebranding the buses when it (government) could have rather made money for the country by allowing corporate entities to advertise on them.

Dr. Bawumia observed that the rebranding of the MMT buses – with pictures of President Mahama and former presidents – at a cost of GH¢3.6 million showed how misplaced government's priorities for the economy are.