A Letter To African Leaders 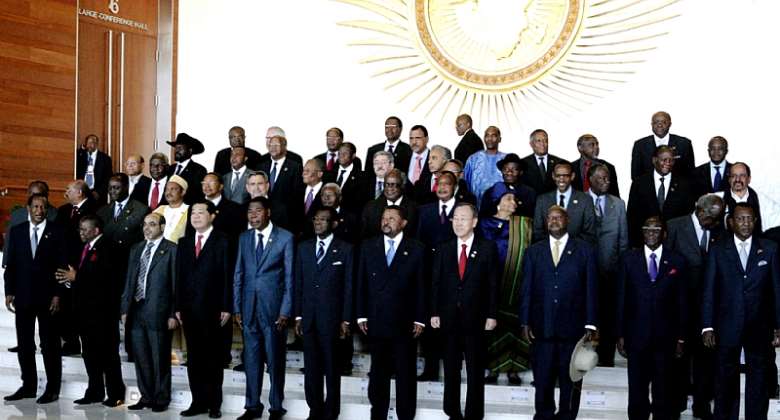 Your Excellencies, I am an African from the stony town of Nandom in the Upper West Region of Ghana and writing to you from the Green and forested State of New Hampshire in the United States of America. I am a true African. I owe my existence to the rich and diverse bio-physical environment of our continent. I owe my life to the rich cultural heritage, abundant natural and human resources of Africa. I have some questions for you which are deeply rooted in the African problem.

Dr. Kwame Nkrumah advised your predecessors many years ago, 1963 to be exact that, “the resources are there. It is for us to marshal them in the active service of our people. Unless we do this by our concerted efforts, within the framework of our combined planning, we shall not progress at the tempo demanded by today’s events and the mood of our people. The symptoms of our troubles will grow, and the troubles themselves become chronic. It will then be too late for pan-African unity to secure for us stability and tranquility in our labors for a continent of social justice and material wellbeing.”

He went on to say, “Our objective is African union now. There is no time to waste. We must unite now or perish. I am confident that by our concerted effort and determination, we shall lay here the foundations for a continental Union of African States.” As I write to you now, neo-colonialism which Kwame Nkrumah described as the worse form of colonialism, in the words of Prof. P.L.O Lumumba, “is alive and well in Africa”. We still depend on our colonial masters for survival in a continent full of material prosperity. The Francophone countries cannot do without France and so are the Anglophone countries who cannot do without Britain.

I am disappointed that you still go to these countries begging for money to run your daily affairs. I am just imagining how my own president, John Mahama would go begging David Cameron for one million pounds to help solve Ghana’s energy crisis. I am disappointed that despite all the resources our continent has, it had to take the benevolence of the Chinese to build the headquarters of African Union which you are proud of. You should be ashamed of yourselves. The likes of Kwame Nkrumah, Jomo Kenyatta, and Patrice Lumumba would be sad to learn that you cannot manage your own affairs after several decades of attaining independence.

We are reminded on a daily basis that, “Africa is rising” Rising to where and from where? Many economies are in shambles across the continent. Ghana’s currency is moving up and down like “see-saw.” We don’t know when it will ever be stable and that is the story across Africa. Who control our resources? Who owns the telecommunication networks, the gold mining industries, the oil companies? Tragically and unfortunately, they belong to foreign super-powers. Even we cannot feed ourselves. Our agriculture sector is dying and we import almost every agricultural commodity to feed our people. Meanwhile, I see surplus food being wasted here in America. I observed same in the U.K and Germany. The irony is that some of our brothers and sisters in Somalia and South Sudan are dying of hunger. Experts say the Congo Basin alone can produce food to feed half of the population of the world yet many people in Congo are dying of hunger. Your Excellences, are you happy about that?

Do you know most of you are allegedly corrupt? Even if you are not corrupt, you are supervising various allegations of corruption. From Cape Town to Cairo, from Nairobi through Lagos, Accra and to Dakar, there are many cases of corruptions. Some of your minsters who were as poor as a church mouse few years ago are suddenly rich and buying mansions, both home and abroad. I read in the news of a former minister of Nigeria who wants to return $250million dollars to the government in return of immunity from further investigation and possible prosecution. Could this be true? Similar allegations of corruptions are right in my backyard too, where some businessmen are alleged to have connived with some government officials to loot and share monies belonging to the state (some notable examples are; SADA, GYEEDA, SUBA).

All these monies could help build roads, hospitals, schools, irrigation dams among many others. These monies could also pay salaries of workers in Ghana including Medical Doctors who are threatening to resign from the Ghana Health Service and some staff of National Disaster Management Organization (NADMO) who say they have not been paid for the past 26 months. Corruption is really a big problem on our continent which you need to tackle. It will be tough but it can be done using what Dr. Martin Luther King Jnr. calls “radical revolution of values” or what Prof. Kwesi Wiredu calls “a conceptual moral revolution”. You need to punish the corrupt too.

I submit to you that, our continent is “overflowing with the milk of prosperity and the honey of opportunity”. It is for you as our leaders to create the enabling environment devoid of corruption, discrimination, nepotism, tribalism and every other kind of –tion and –ism. In many parts of our continent, one cannot serve in government if he/she does not belong to your ethnic group which should not be happening in the 21st century. As Prof. P.L.O Lumumba tells us, for some of you, “the blood of ethnicity is thicker than the blood of Christ”.

Another important thing I would like to add for your attention is the energy situation on our continent. Time without number, many experts have advised you to invest in renewable energy such as solar, geothermal, hydroelectric power, wind energy among others but this seems to always fall on deaf ears. Take a look at UK, a very cold country yet, they use solar energy. Meanwhile, 77% of Africa lies within the tropics with abundant sunshine and yet, we experience ‘dumsor’ (energy crisis) from Ghana to South Africa to Kenya. The situation seems to be worse in Nigeria. In this day and age, instead of developing alternative sources of energy, we are still praying to God to fill our dams with rain so we can power our homes and industries. No wonder J.S Mbiti describes Africans as “notoriously religious”. For Geoffrey Parrinder, the African is “incurably religious”. Please do your part and leave the rest to God.

Before I forget let me hasten to talk briefly about your stay in office. Are some of you practicing democracy or “democrazy”? You have stayed for far long too long in office. Do you want to die in office? I know you have fought hard for your countries. I am also aware of the sacrifices you made to see to it that your countries attain political independence. I thank you for that. It is now time to groom the youth to take over from you, in order to continue with the good work you have accomplished over the years. A cursory look at the continent reveals how long some of you have stayed in office.

He added, “I actually think I’m a pretty good president. I think if I ran, I could win. But I can’t. So there’s a lot that I’d like to do to keep America moving, but the law is the law, and no one person is above the law, not even the president.” Were you ashamed? I guess not.

Your Excellencies, I am hoping that you will use your power and leadership skills to address the problems that confront Africa in the next few months. I know you have competent ministers around you to be able to do the job within the “shortest possible time”. If you are not sure of what to do, do not hesitate to let me know. I have very useful radical suggestions to offer and I will gladly do so in my next letter. By the way, if any minister is not performing to your satisfaction, fire him/her. Do not move him/her to a different ministry or to the office of the president.

It is like transferring the village teacher who has been impregnating his pupils claiming that, those innocent girls are his “bush allowance” and when caught, instead of sacking or prosecuting him, he is transferred to another village to continue enjoying his “bush allowance”. I hope this letter gets to you well. I have asked the Postmaster to make copies for all 54 of you including Uncle Mugabe who is now the A.U Chairman.