Corporate Social Responsibility And The Value Of Stakeholder Engagement 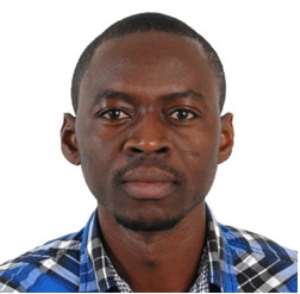 Corporate Social Responsibility (CSR) is when an organization or a company lives a good neighbourly life with the community in which it operates in. This is done by incorporating the 'triple bottom line' in its operations (that is, economic sustainability, social sustainability and environmental sustainability). According to the World Business Council for Sustainable Development, Corporate Social Responsibility is “the continuing commitment by business to behave ethically and contribute to economic development while improving the quality of life of the workforce and their families as well as of the local community and society at large.”

One reason why it is important not to leave out stakeholders is the fact that stakeholder dialogue enhances corporate standing of a company and many companies can attest to this. If a company respects the views of its stakeholders, it helps to enforce trust and mutual understanding and hence, a ''social contract'' to operate in a community is given to the company.

Not only that but also, stakeholder dialogue helps a company identify its internal and external problems. Examples include the use of child labour, environmental pollution, company-community relationship inter alia. Readers may recall how NIKE products were boycotted some years ago because its official supplier of raw materials in Pakistan used child labour in its production. This instance was a clear case of a company ignoring the interests of its stakeholders but was ONLY interested in making profits for its shareholders. In the end, this led to a decline in the profit margin of NIKE. CSR and profits therefore go hand in hand and businesses should not underestimate the importance of CSR.

Furthermore, a mob group within a community can sometimes rise up against a company operating in a community that is not environmentally friendly but only interested in making profits for their shareholders.

A Professor of CSR Practice at McGill University, Wayne Dunn whom I had the privilege to interact on many occasions, advise that as much as possible staff of companies working with stakeholders should be passionate and not fanatical about their work. According to him, ''most of us working in CSR and stakeholder engagement are passionate about our work but so too are many who work in other areas of your organization. Passion is a gift. Cherish it. Fanaticism is a curse. Avoid it because it is destructive''

Generally, consumers want to associate with a brand that respects their stakeholders and not one that is only interested in making profit. A research conducted by Cone Inc. In 2009 indicates that, ''79% of consumers would switch to a brand associated with the good cause. A new concept of co-donation has been triggered by the companies in which they are giving schemes that will involve consumers by letting them co-donate or co-decide, as with Pepsi Refresh'' (Kaur and Agrawal 2011). Businesses should know that without their stakeholders, they cannot operate. The two cannot be separated from each other because they are interwoven.

African governments need to put in legislations to check on the many oil and gas companies as well as mining companies who pollute our environments, destroy our water bodies through oil spillage, take away our lands, evade taxes and behave irresponsibly. The UK Government under Tony Blair realizing the importance of CSR created a Ministry of Corporate Social Responsibility with its first minister as Kim Howells to ensure that businesses operate responsibly and incorporate the concerns of their stakeholders into their operations. Can African governments learn from the UK example?