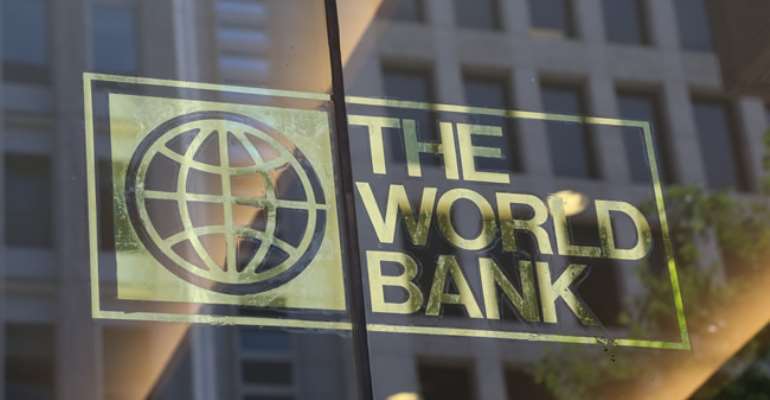 Developing countries face a series of tough challenges in 2015, including the looming prospect of higher borrowing costs as they adapt to a new era of low prices for oil and other key commodities, resulting in a fourth consecutive year of disappointing economic growth this year, says the World Bank Group s latest Global Economic Prospects (GEP) report, released on Thursday.

Developing countries were an engine of global growth following the financial crisis, but now they face a more difficult economic environment, said World Bank Group President Jim Yong Kim. We ll do all we can to help low- and middle-income countries become more resilient so that they can manage this transition as securely as possible. We believe that countries that invest in people s education and health, improve the business environment, and create jobs through upgrades in infrastructure will emerge much stronger in the years ahead. These kinds of investments will help hundreds of millions of people lift themselves out of poverty.

With an expected liftoff in U.S. interest rates, borrowing will become more expensive for emerging and developing economies over the coming months. This process is expected to unfold relatively smoothly since the U.S. economic recovery is continuing and interest rates remain low in other major global economies.

However, there are considerable risks around this expectation, the report argues. Just as the initial announcement of U.S. policy normalization caused turmoil in financial markets in 2013 now referred to as the taper tantrum the U.S. Federal Reserve s first interest rate increase, or liftoff, since the global financial crisis could ignite market volatility and reduce capital flows to emerging markets by up to 1.8 percentage points of GDP, the report says.

Slowly but surely the ground beneath the global economy is shifting. China has avoided the potholes skillfully for now and is easing to a growth rate of 7.1 percent; Brazil, with its corruption scandal making news, has been less lucky, dipping into negative growth. With an expected growth of 7.5 percent this year, India is, for the first time, leading the World Bank s growth chart of major economies. The main shadow over this moving landscape is of the eventual U.S. liftoff, said Kaushik Basu, World Bank Chief Economist and Senior Vice President. This could dampen capital flows and raise borrowing costs. This GEP provides a comprehensive analysis of what the liftoff may mean for the developing world.

This would especially hurt emerging markets with greater vulnerabilities and weakening growth prospects. For commodity-exporting emerging markets that are already struggling to adjust to persistently low commodity prices, or for countries experiencing policy uncertainty, a slowdown in capital flows would add to their policy challenges.

Unless emerging markets have taken the prudent policy steps to be fiscally and externally resilient, they may face significant challenges dealing with the turbulence and other fallout that could be associated with a Fed tightening, said Ayhan Kose, the World Bank s Director of Development Prospects.

Lower prices for oil and other strategic commodities have intensified the slowdown in developing countries, many of which depend heavily on commodity exports. While commodity importers are benefiting from lower inflation, fiscal spending pressures, and import costs, low oil prices have so far been slow to spur more economic activity because many countries face persistent shortages of electricity, transport, irrigation, and other key infrastructure services; political uncertainty; and severe flooding and drought caused by adverse climate.

Growth in Brazil, held back by weak confidence and higher inflation, is expected to contract by 1.3 percent in 2015, a 2.3 percentage point swing from January, while Russia s economy, hit by oil price declines and sanctions, is forecast to contract by 2.7 percent. Mexico s GDP is projected to advance by a more moderate 2.6 percent, as a soft patch in U.S. activity and falling oil prices weigh on growth. In China, the carefully managed slowdown continues, with growth likely to moderate to a still robust 7.1 percent this year. In India, which is an oil-importer, reforms have buoyed confidence and falling oil prices have reduced vulnerabilities, paving the way for the economy to grow by a robust 7.5 percent rate in 2015.

A special analysis in the report finds that low-income countries, many of which depend on commodity exports and investment, are vulnerable in the current environment. During the commodity price boom of the mid-2000s, their economies strengthened considerably with new discoveries of key metals and minerals, resource investment, and expanding commodity exports. The prospect, therefore, of persistently low commodity prices may persuade policy makers to steer their resources away from metals and minerals and into other national economic priorities that will drive growth instead. This puts a premium on policies to build buffers that can ease the transition and reforms that support growth in the non-resource sector.

After four years of disappointing performance, growth in developing countries is still struggling to gain momentum, said Franziska Ohnsorge, Lead Author of the report. Despite auspicious financing conditions, a protracted slowdown has been underway in many developing countries, driven by shortages in agriculture, power, transport, infrastructure, and other vital economic services. This makes the case for structural reforms all the more urgent.

Risks to the outlook for emerging and developing economies continue to weigh on growth. As some risks, such as the possibility of persistent stagnation in the Euro Area and Japan, have receded, new ones have emerged. Coinciding with the expected rise in U.S. interest rates, positive credit ratings for emerging markets are fading, especially in oil exporting countries, risks of financial market volatility are increasing, and capital flows are declining. An excessive appreciation of the U.S. dollar could curtail the recovery in the world s largest economy, with adverse side-effects for U.S. trading partners around the world.

The full report and accompanying datasets are available at www.worldbank.org/globaloutlook

Regional Highlights:
In the East Asia and Pacific region, growth is expected to ease to 6.7 percent in 2015 and remain stable over the next two years. This reflects a continued slowdown in China that is offset by a modest pickup in the rest of the region. A net oil importer, the region is expected to benefit from lower fuel prices, although commodity exporters Indonesia and Malaysia face pressures from lower global prices of oil, gas, coal, palm oil, and rubber.

Growth in China is on course to ease to 7.1 percent this year. Regional growth (excluding China) is projected to be 4.9 percent this year, rising to 5.4 percent by 2016 due to strengthening external demand -- notwithstanding slower growth in China, less policy uncertainty in Thailand, and easing domestic pressures elsewhere.

Growth in Europe and Central Asia is expected to weaken further to 1.8 percent in 2015 as the oil price collapse, geopolitical tensions, and related spillovers, including from Russia, are only partly offset by a moderate recovery in the Euro Area.

In Russia, a 2.7 percent contraction this year is expected to be followed by a moderate recovery in 2016 supported by policies that are shifting the economy to a lower oil price environment. In Turkey, growth is projected at 3 percent in 2015 with private spending to recover after the June elections. Assuming a slight rise in oil prices in 2016-17, no further deterioration in the geopolitical situation, and continued macroeconomic stabilization policies in major economies, regional growth is expected to strengthen to 3.5 percent in 2016-17.

In Latin America and the Caribbean, growth will ease to 0.4 percent in 2015, as South America struggles with domestic economic challenges, including widespread droughts, weak investor confidence, and low commodity prices.

In Brazil, a slump in investment and business confidence, partly due to the Petrobras investigations, will push the economy into a contraction this year of 1.3 percent. In Mexico, sentiment has remained fragile and activity is picking up, but at a slower pace than expected, as a result of lower oil prices, a weak first quarter in the United States, and modest wage growth. For 2016-17, growth in the region is expected to pick up to 2.4 percent, on average, as South America emerges from recession and robust growth in the United States lifts activity in North and Central America and the Caribbean.

In the Middle East and North Africa, growth is expected to remain flat at 2.2 percent in 2015. The plunge in oil prices is a particular challenge for oil-exporting countries, most of which also have severe security challenges (Iraq, Libya, and Yemen) or limited economic cushioning (Iran, Iraq). For oil-importing countries, the potential positive effects of lower oil prices are partially offset by spillover effects from more fragile countries in the region, including through lower remittances and security risks. Long-standing structural constraints present a chronic obstacle to faster growth in the region. The expected regional growth rebound to 3.7 percent in 2016-17 is predicated on improving external demand, strengthening confidence that boosts investments in some oil-importing countries (Egypt, Jordan).

Growth in South Asia is expected to continue firming to 7.1 percent this year, led by a recovery in India and supported by a gradual strengthening of demand in high-income countries. The decline in global oil prices has been a major benefit for the region, driving improvements in fiscal and current accounts, enabling subsidy reforms in some countries, and the easing of monetary policy.

In India, new reforms are improving business and investor confidence and attracting new capital inflows, and should help raise growth to 7.5 percent this year. In Pakistan, remittances are expected to remain solid and manufacturing and service sectors should continue to recover. However, growth is expected to remain moderate, reflecting ongoing energy constraints.

In Sub-Saharan Africa, low oil prices have considerably reduced growth in commodity-exporting countries (Angola, Nigeria), and have also slowed activity in non-oil sectors. Although South Africa is expected to be one of the main beneficiaries of low oil prices, growth is being held back by energy shortages, weak investor confidence amid policy uncertainty, and by the anticipated gradual tightening of monetary and fiscal policy. Growth in the region is forecast to slow to 4.2 percent, slower than previously expected. This mainly reflects a reassessment of prospects in Nigeria and Angola following the sharp drop in oil prices, and in South Africa, because of ongoing difficulties in electricity supply. For 2016-17, growth is expected to be only marginally higher as these challenges partially offset stronger trading partner growth and the continued expansion in the region s low-income countries.