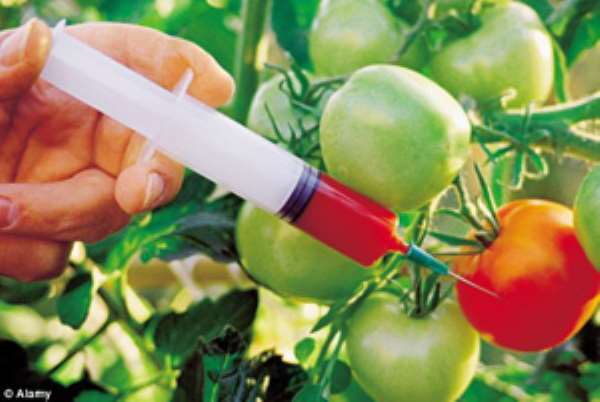 ​ Wednesday 3 June---Politicians and executives from some of the world’s biggest agribusiness companies are today meeting in Cape Town, South Africa for the leadership council of the controversial New Alliance for Food Security and Nutrition.

On the same day, a coalition of a hundred farmers organisations, social movements, unions and civil society groups around the world have released a statement calling on the G7 and African governments to stop supporting the New Alliance.

The policies of the New Alliance have been criticised as they “facilitate the grabbing of land and other natural resources, further marginalize small-scale producers, and undermine the right to adequate food and nutrition.”

Launched by the G8 in 2012, the New Alliance provides aid money from the G8 countries and helps big business invest in different countries in the African agricultural sector. But in return, African countries are required to change their land, seed and trade rules in favour of big agribusiness companies. In the last year, controversies associated with the New Alliance have included:

In Ghana a proposed bill – dubbed the ‘Monsanto Law’ - would bolster the power of multinational seed companies whilst restricting the rights of small farmers to keep and swap seeds. This bill, which is being brought in as part of the Ghanaian government’s commitment to the New Alliance, will see the control of seeds being transferred away from small farmers and into the hands of large seed companies.

Farmers in Nigeria’s Taraba State are being forced off lands that they have farmed for generations to make way for US company Dominion Farms to establish a 30,000 ha rice plantation. The project is backed by the Nigerian government and the New Alliance.

In Tanzania about 1,300 people are at risk of losing their land or homes to make way for a sugarcane plantation, which is a New Alliance project. An area of land the size of Washington D.C. will be used by a plantation to produce sugar for biofuels.

“The New Alliance is not addressing hunger or food security, but it is providing huge opportunities for big agribusiness companies to restructure food production across Africa to their own advantage. Countries in Africa need to develop their own agricultural policies that are effective in meeting the needs of small scale farmers and food sovereignty, rather than being cajoled into having big industrialized agriculture imposed on them through coercive aid mechanisms like the New Alliance. “

Three years after it has launched, the New Alliance has not been able to provide evidence of its impact. The August 2014 Progress report states that $1.1 billion out of $8bn committed in aid money had been delivered, and 3 million smallholders had been “reached”. However, of the overall figure of “small holders reached” only 21% are women (p.29). The New Alliance has at no time publicly defined what ‘reached’ means. The Progress Report attempts at no point to indicate or estimate its overall impact on food security and poverty – and the New Alliance has not done so since.

In May 2015 an independent audit of the UK’s aid spending singled out the New Alliance for particular criticism, saying that it was ““little more than a means of promotion for the companies involved and a chance to increase their influence in policy debates”, while in 2013, over 100 African civil society organisations branded the New Alliance a ‘new wave of colonialism’.

Indonesia: KRuHA (People's Coalition for the Right to Water)

Switzerland: Bread for all, the Development Service of the Protestant Churches in Switzerland