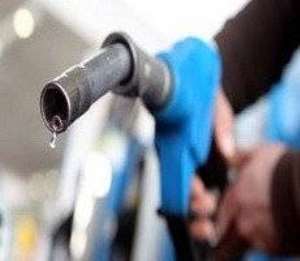 Nana Addo Dankwa Akufo-Addo has described the decision by the John Mahama-led National Democratic Congress government to increase the prices of petroleum products, in the midst of the ongoing, crippling energy crisis, as marks of an insensitive government.

According to him, at a time when Ghanaians are reeling from the effects of 3 years of ‘dumsor’ and resorting to the use of generators to produce power, a responsible government would rather ensure that the fuel which aids citizens and businesses to generate power would not receive an upward adjustment in its price.

However, as has been the mark of the flailing 6-year NDC administration, this latest development, according to the NPP’s 2016 presidential candidate, “means there is no end to the difficulties for the ordinary Ghanaian.”

Nana Akufo-Addo made this known on Saturday, May 16, 2015, when he addressed a packed meeting of Ghanaians, NPP members and sympathisers in Köln, Germany, on the first day of his 16-day tour of some European countries.

Ghanaians, Akufo-Addo said, have had the opportunity to witness at first hand the governance and leadership styles of the NPP and NDC, and its resultant impact on their standard of living.

“When President Kufuor left office, people were speaking of our country as Africa’s success story, possessing a stable democracy and an economy on the rise. Within six years of his leaving office, Ghana has retrogressed. Ghanaians are suffering and experiencing difficulties never witnessed in our history,” Nana Addo said.

He stated that no single government in Ghana’s history has had the resources and monies that the Mahama administration has been blessed with.

Between 2001 and 2008, the total tax revenue collected by the NPP amounted to GH¢15.2 billion. In contrast, the NDC government, under John Mahama, has collected a total of GH¢62 billion in the last six years (2009-2014). Exports of gold and cocoa between 2001 and 2008 earned Ghana $16.4 billion. However under six years of NDC, these exports have earned the country $39.5 billion, in addition to the $3 billion in oil revenues and the GH¢78.7 billion worth of new loans contracted by the NDC government. Kufuor’s government received no oil revenues.

“But today, Ghana is broke and back to the IMF looking for a bailout of $1 billion. Ghanaians want change, they want to go back to the Kufuor era of progress and development. Despite all the difficulties they are facing, they have hope in the NPP,” Nana Addo said.

In recent times, however, this hope in the NPP, Nana Addo said, may somewhat have been questioned because of the internal wranglings in the NPP, which have become a source of worry to Ghanaians.

“However, I want to assure all of you, and Ghanaians back home, that all these internal wranglings will soon come to an end. We will elect our parliamentary candidates on June 13, and thereafter we will announce our campaign team. We will then have one objective after that, which is to win the election of 2016,” he said, to spontaneous applause and cheers from the gathering.

Nana Akufo-Addo urged Ghanaians to continue to have faith in the NPP, adding that Ghana’s predicament can be turned around, citing the case of Cote d’Ivoire – a country that was ravaged by civil war and yet has managed to turn its fortunes around.

“Because they got a strong and competent leader, they have turned everything around, and today Cote d’Ivoire is rediscovering itself. It is again the engine of growth of Francophone West Africa, because they have found a competent, strong leader,” he said.

He continued, “If a man, Alassane Ouatarra, who is three whole years older than me, has been able to change the destiny of Cote d’Ivoire, all I am asking God and Ghanaians is to give me that same opportunity to bring back our country onto the path of progress and prosperity.”

Nana Akufo-Addo asked for the full support of the membership of the NPP towards ensuring victory in the election of 2016, and by that “build the free, democratic and prosperous Ghana that our founding fathers dreamed about. That dream is very much alive in me. I have the hope and confidence that we can be the beacon and the Black Star of Africa.”

The NPP Presidential Candidate will move to Berlin on Monday, where he will participate in a series of events organised in his honour by the Konrad Adenauer Stiftung, the development foundation associated with the German governing CDU party, a sister party of the NPP.