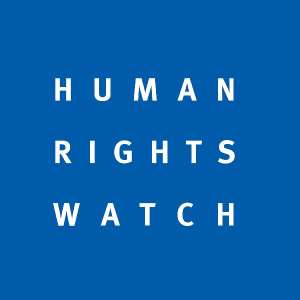 On February 7, 2015, regional governments, backed by the African Union (AU), created an 8,750-member Multinational Joint Task Force (MNJTF), consisting of security forces from Nigeria, Chad, Cameroon, Niger, and Benin to respond to Boko Haram. The Nigerian armed group's attacks on civilians in the past year alone have resulted in thousands of deaths in Nigeria, and its lethal attacks in neighboring Cameroon and Niger are escalating.

“The regional force needs concrete measures to make sure civilians in the region are protected, along with the hundreds of abductees and child soldiers,” said Daniel Bekele, Africa director at Human Rights Watch. “Respect for human rights, including the rights of prisoners, must not be lost in the urgency of the growing regional threat posed by Boko Haram.”

It is crucial for the new multinational force to fully abide by international human rights and humanitarian law, Human Rights Watch said. This is essential not only to meet the obligations of AU member countries, but also because abuses committed in the name of fighting Boko Haram are only likely to increase the group's appeal among residents within and beyond Nigeria who have already borne the brunt of abuse by all parties.

Regional governments are finalizing the operational mandate for the mission against Boko Haram. They are expected to seek a United Nations Security Council mandate, which could also include logistical support from other countries. In the meantime, thousands of soldiers, as well as jets and helicopter gunships from Cameroon, Chad, Niger, and Nigeria are already fighting both in their own countries and on other fronts.

Serious past abuses by some security forces participating in the multinational force raise concerns about the need for all armed forces to minimize harm to civilians and ensure the humane treatment of all prisoners, in accordance with international humanitarian and human rights law, Human Rights Watch said. These concerns are heightened by the presence in Boko Haram of child soldiers and many abducted men and boys who have been pressed into a combat role.

The Nigerian security forces are of particular concern. In the course of responding to Boko Haram since 2009, they have used excessive force, torched homes and villages, and tortured and detained thousands of suspects in inhumane conditions. Many of the people they have detained died in custody or were killed.

Chadian troops in the Central African Republic have also been involved in abuses that are yet to be investigated. They include an indiscriminate attack on a market in Bangui in March 2014 that killed about 30 people and wounded several hundred others, according to the UN.

“We know that hundreds of men, women, and children have been abducted by Boko Haram and are in communities under the group's control,” Bekele said. “The regional powers carrying out military actions need to take all feasible steps to protect these and other civilians.”

Since 2009, and increasingly since mid-2013, Boko Haram has carried out several hundred attacks against civilians and civilian structures in schools, marketplaces, and places of worship. An estimated 3,750 civilians were killed by Boko Haram attacks in 2014, in what likely amounts to crimes against humanity. The group has also abducted hundreds of women and girls and forcefully conscripted young men and boys. Nearly one million people have been displaced by the fighting within Nigeria and across its borders.

Boko Haram has also attacked villages in Cameroon, and kidnapped businessmen, religious representatives, and tourists, holding them for ransom. During an attack on February 4, 2015, in the town of Fokotol, its deadliest on Cameroonian soil, Boko Haram allegedly killed scores of people, burned churches and mosques, and used civilians as shields. On February 8, the group allegedly abducted numerous civilians from a bus taking people to a local market. Several were reportedly later killed.

Boko Haram has also carried out four attacks since February 6 on towns in southeastern Niger. In Diffa, the insurgents stormed a prison and allegedly set off a car bomb near a government office.

Under international law, civilians may never be the deliberate target of attack unless and only for such time as they take a direct part in hostilities; and warring parties are required to take all feasible precautions to minimize harm to civilians and civilian objects. Attacks that fail to discriminate between combatants and civilians, or that would cause disproportionate harm to civilians, are prohibited. Abuses of civilians and captured combatants such as murder, torture, and other ill-treatment may amount to war crimes.

As regional governments and the African Union finalize operational plans for the Multinational Joint Task Force, they should:

• Include lawyers with experience of applying the laws of war in non-international armed conflicts, war crimes, and command responsibility;

• Include military police – or those exercising the provost marshal function – mandated to respond to disciplinary lapses by soldiers;

• Include in the mandate of the international force the need to develop and publish rules of engagement that prioritize minimizing harm to civilians and civilian objects during military operations;

• Include a strong and well-staffed AU human rights monitoring team to work alongside the regional military force to monitor adherence to international humanitarian and human rights law by all parties, and report publicly and regularly to the AU Peace and Security Council or the African Commission on Human and Peoples' Rights on its findings and recommendations;

• Ensure that all credible allegations of violations of international human rights and humanitarian law by any party are promptly, thoroughly, and impartially investigated, and that those responsible for crimes are appropriately prosecuted. The investigators, prosecutors and judges should be outside the military chain of command;

• Establish a strategy to improve the treatment of combatants, many of whom have been abducted and pressed into service by Boko Haram, after they defect or surrender, including establishing reception points for these combatants;

• Ensure that any children captured or escaped from Boko Haram custody are promptly transferred to the care of UNICEF, or appropriate Nigerian or nongovernmental organizations, and reunited with their families as soon as possible, taking the best interests of the child into account; and

“Residents of northeastern Nigeria have been in a precarious position, caught between Boko Haram and Nigeria's security forces,” Bekele said. “Any action taken on their behalf should strive to protect them from further harm.”