Since All Around Us Will Come To Past!!! Therefore Set Christ As The Goal And Prize 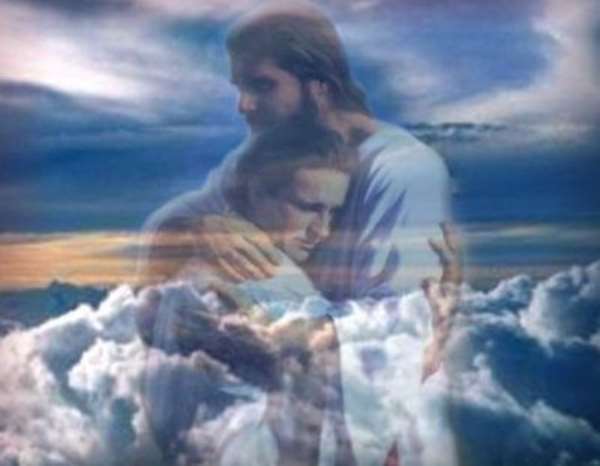 Eph 3:8 To me, less than the least of all saints, was this grace given to announce to the Gentiles the unsearchable riches of Christ as the gospel

Gaining Christ and having the spirit to become one with God is a Heavenly objective.God desires our corrupted bodies but selfish and over reliance on the self to die with the past. That's when we're born again in the Truine God into Whom we are baptized. So that all things of the Christian becomes new in Christ. From hence our thoughts,actions in fact everything becomes God centred.

Even though Paul had experienced and gained Christ tremendously, he did not consider that he had experienced Him in full or gained Him to the uttermost. For this reason he was still advancing toward the goal--the gaining of Christ to the fullest extent. Look at how pompous we become when we realise God uses a little.

In verse 13 Paul speaks of forgetting the things behind. But rather we tend to want fellow Christians to almost worship us,rather than the one Whom anointed us. In order to gain Christ to the fullest extent, Paul not only forsook his experience in Judaism, but also refused to dwell on his past experiences of Christ and be limited by them. Or Paul neither called himself a champion. To dwell on our past experiences, no matter how real they may have been, frustrates our further pursuing after Christ.

Again in verse 13 Paul tells us that he was stretching forward to the things which are before. He knew that Christ is unsearchably rich, that there is a vast territory of His riches to be possessed. A vast field for that matter to cover. He was stretching forward to gain these riches and to advance further into this territory. Paul was pursuing toward the goal for the prize. Christ is both the goal and the prize. The goal is the fullest enjoyment and gain of Christ, and the prize is the uttermost enjoyment of Christ in the millennial kingdom as a reward to the victorious runners of the New Testament race.

In order to reach the goal for the prize, Paul was exercised to forget the things which are behind and to stretch forward to the things which are before. This is the way to gain Christ by pursuing Him.Even though Paul was a matured saint and a very experienced apostle, he tells us that he had not already obtained and had not yet been perfected. Waw !!! many of us who are even no where near Pauls achievement want us to know them by "titles".

He did not regard himself as one who had obtained the full enjoyment of Christ or the full maturity in life. He, of course, had obtained the common salvation by the common faith (1 Tim. 1:14-16), but he was still pursuing Christ in order to gain Him. Whatever our level of knowing Christ is now is not enough. Don't please give yourself a "title"or call yourself a champion far from it. But in humility pursue Christ.

Like Paul, we have been regenerated, but we are not yet perfected, or matured, in life. At the time of our conversion, we were gained by Christ so that we may gain Him. Now as those who have not yet obtained and who have not yet been perfected, we are pursuing and must continue our quest for Christ.

May God bless you all who will even glance through the contribution with the heavenly blessing and wisdom of God. The wisdom of God happens to be Christ Himself. Don't forget to check out on this column God permitting on the Lords day. ﻿

The author has 214 publications published on Modern Ghana.