New Drug Regimen: A Miracle Treatment For TB Is A Near Possibility 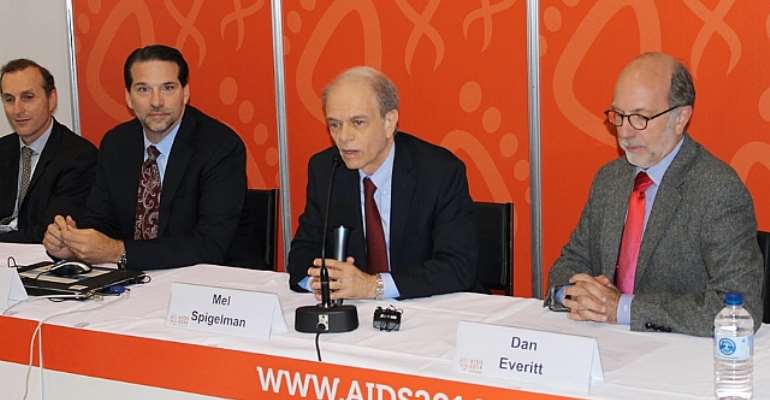 Two years after launching a first of its kind Combination Drug Study for TB treatment in 2010, the Global Alliance for TB Drug Development (TB Alliance) raised hopes of a novel drug regimen to treat both forms of TBdrug sensitive (DS) and multi drug resistant (MDR) TB, at the XX International AIDS Conference (AIDS 2014) in Melbourne, offering a new paradigm in TB treatment to treat patients with drugs to which they are sensitive, rather than based on what they are resistant to.

Announcing the results of the PaMZ Phase 2b trial results, Dr Dan Everitt, Senior Medical Officer of TB Alliance, informed that the new combination drug regimen PaMZ is designed to treat both DS-TB and some forms of MDR-TB (which are not resistant to Moxifloxacin and Pyrazinamide) in a much shorter time.

PaMZ consists of two new drug candidates, PA-824 (Pa) and moxifloxacin (M) and pyrazinamide (Z) which is part of the current first-line treatment.

In an interview given to Citizen News Service (CNS), Dr Everitt said that, 'We are extremely encouraged by the results of this trial. They were consistent with our predictions from earlier research and add strong evidence to support our belief that we are well on the way to substantially improved treatment for TB and many MDR-TB patients.'

The new regimen raises new hopes of having a much shorter, simpler, cheaper and effective treatment for DS-TB and MDR-TB. In case of MDR-TB, it not only promises to reduce treatment time to 6 months from the current 24 months, but also reduces 97% of the pill burden (from the existing over 14000 pills to 360 pills) and eliminates totally the need of injections. At the same time it also avoids interactions with antiretroviral drugs, improving treatment for the millions of HIV-TB co-infected patients.

Dr Everitt elaborated that this open-label randomized clinical trial to study the bactericidal activity of 8-weeks treatment with PaMZ in DS-TB and MDR-TB, was performed at 7 sites (5 in South Africa and 2 in Tanzania) on 181 DS-TB and 26 MDR-TB subjects, of whom 35% were female, and 20% were HIV-infected. However only 9 MDR-TB subjects could be included in the statistical analysis of the 8 weeks data, as others were late exclusions, as they were found resistant to pyrazinamide, and therefore ineligible for the trial.

The PaMZ regimen showed active bactericidal activity against both DS-TB and MDR-TB that extended from 2 weeks through 2 months and which was significantly greater than that of the existing standard HRZE (Isoniazid, Rifampicin, Pyrazinamide, and Ethambutol) therapy in patients with DS-TB. All 3 experimental treatment arms had greater average reductions in CFU (colony forming units) counts than HRZE over 8 weeks.

Thus PaMZ killed more bacteria than standard therapy and did so at a faster rate for both DS-TB and MDR-TB. It also showed compatibility with commons anti retro viral drugs (ARVs) as there appeared to be no interference or side effects between the PaMZ regimen and the common ARVs being taken by the TB-HIV co-infected patients. A formal statistical evaluation found no effect of HIV status on the outcome of the study. Also side effect profiles were encouraging and appeared consistent between both TB and MDR-TB patients.

TB Alliance, with the help of its global partners, now plans to advance PaMZ to a first ever global phase 3 clinical study named STAND (Shortening Treatments by Advancing Novel Drugs) by the end of 2014, testing a drug regimen for use against both DS-TB and MDR-TB, provided adequate funding is secured. STAND aims to enroll more than 1500 patients in more than 50 sites in 15 countries (spanning South Africa, Kenya, Tanzania, Uganda, Zambia, Malaysia, Thailand, China, Philippines, Peru, Brazil, Georgia, Ukraine, Russia, and Haiti), which will include a significantly larger number of MDR-TB patients.

If PaMZ performs successfully in the STAND trial, it will proceed to global registration and be made available to the people who need it.

STAND not only represents the hope of new TB cures, but also the promise of an innovative scientific approach to developing new products. If the STAND trial is successful, it will mark the first time a new TB drug regimen is developed and registered using a new model pioneered by TB Alliance that allows multiple new drugs to be developed at once -making a combination of drugs, and not a single drug, the basis for innovation.

Globally, every year 1.3 million people die from TB, while nearly 9 million more contract it. Also the disease is becoming increasingly resistant to the available drugs. Today, 650,000 patients around the world suffer from MDR-TB, and this number is expected to continue to rise. Most MDR-TB patients are unable to access adequate treatment due to the complexity and high cost of treatment. New regimens that are shorter, less costly, better tolerated, oral and compatible with anti-retroviral therapy are urgently needed to treat TB, especially MDR-TB.

Dr Mel Spigelman, President and CEO, TB Alliance told CNS that, 'PaMZ continues to show game-changing potential for TB, and especially MDR-TB patients, as well as those co-infected with TB and HIV. We are working as quickly and diligently as possible to begin the next and final stage of PaMZ's development, and continuing to seek financial support for STAND'.

Shobha Shukla, Citizen News Service (CNS)
(The author is the Managing Editor of Citizen News Service - CNS. She is reporting from the XX International AIDS Conference (AIDS 2014) with support from the World Health Organization (WHO) Global Tuberculosis Programme. She is a J2J Fellow of National Press Foundation (NPF) USA and received her editing training in Singapore. She has earlier worked with State Planning Institute, UP and taught physics at India's prestigious Loreto Convent. She also co-authored and edited publications on gender justice, childhood TB, childhood pneumonia, Hepatitis C Virus and HIV, and MDR-TB. Email: [email protected], website: www.citizen-news.org)