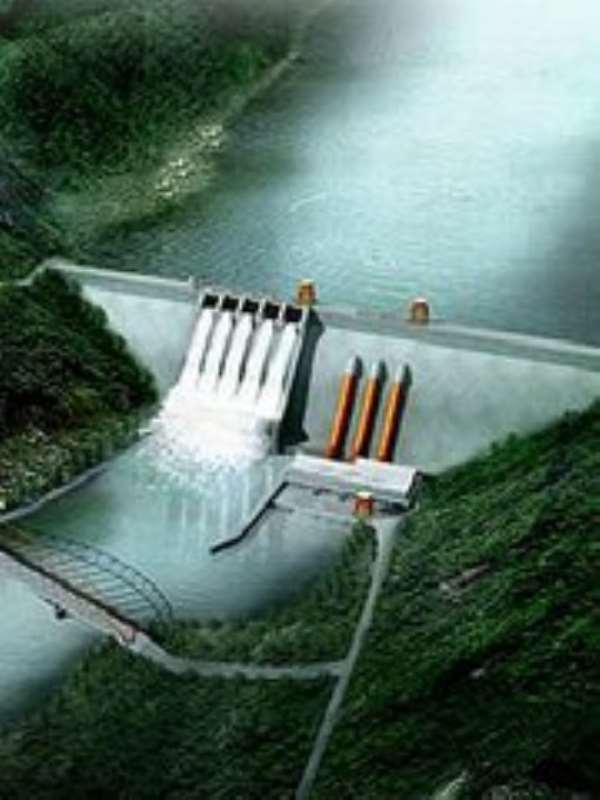 Bui (B/A), April 22, GNA - The inhabitants of Dokokyina who live close to the Bui Dam were given a two-week ultimatum to vacate the village because of the danger they pose to the Dam but they have defied the order and are continuing with their illegal mining and fishing activities

A visit by the GNA showed that there are no indications the residents including nationals from Cote dIvoire, Mali, Niger, Burkina Faso and China are moving out of the area though the Brong-Ahafo Regional Security Council warned them of forceful eviction if they failed to move by April 14.

According to the Bui Power Authority (BPA), the 0 million Dam that produces 400 megawatts of power faced danger because of the illegal mining activities on at its fringes.

It could be polluted and silted which could lead to its destruction because the illegal miners are using heavy duty and earth-moving machines in their operations.

Inhabitants of six villages in the catchment area of the Dam were relocated by the BPA in 2011 to pave way for the construction of the Dam but six households at Dokokyina refused to relocate.

When the GNA got to the area on Monday, the population at Dokokyina has increased from 15 occupants of the six households to an estimated population of more than 6,000 people.

While some of the residents were preparing for their normal illegal mining activities, others were also seen getting ready to go for fishing in the Dams prohibited reserviour.

Though attempts to speak to some of the illegal miners were not successful, many of them were seen wielding offensive instruments and other sophisticated firearms.

According to some of local people in the area, gold dealers and small scale miners often come to the community to buy the raw gold from the miners.

A resident told the GNA that selling of raw gold was not a problem and dealers bought sand they suspect to contain gold.

Mr Wumbilla Salifu, the External and Community Relations Manager of the BPA, told the GNA that the presence of the illegal miners was a great worry to the BPA.

Mr Salifu said the illegal miners are gradually removing the vegetative cover and there was the possibility that soil would be washed into the reserviour and eventually silt it.

He appealed to National Security to move in immediately and evict the illegal miners including residents of the village before they succeed to kill the Dam.

Mr Salifu said REGSEC had been in the area twice but there were no clear signs that the people were ready to move and added their operations have reached dangerous dimension need prompt intervention of by National Security.

A senior citizen who wants to remain anonymous told the GNA Sometimes it is strange how things happen in this country. This is a huge national asset that is facing danger. We know what to do but we are doing nothing. We are allowing a few people irresponsible people to hold the nation to ransom. God save us.