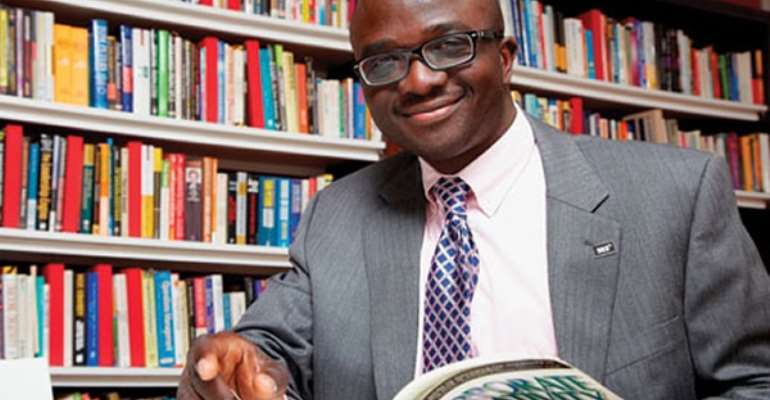 When the collapse of the financial markets in 2008 nearly razed the global economy, it did not spare the African continent – but it did “level the playing field”. Africa, until then considered an extremely high-risk investment environment, suddenly looked quite attractive.

Democracy is progressing on the continent and it is accompanied by more purchasing power and wealth. Africa is emerging from its niche and it has caught the attention of investors, international as well as domestic, who until recently had preferred the foreign markets to their own African base. This may be Africa's “golden moment”, as Obiageli Ezekwesili, former World Bank Vice President for the Africa Region, calls it: thanks to increased demands from businesses, governments, and consumers, the information and communications technology sector is booming; less than two years after the global financial downturn, IT investments in Africa reached a volume of US$60 billion.

Africa may be unique, but two principles still apply: for one, just as the laws of physics are universal, any system has to reach equilibrium, and we will see similar results from similar inputs in Africa, as we will in the rest of the world. And second: all human beings are essentially alike. Africa may still be poor, but people demand solutions for their needs and they need it at the best possible price. Take Ethiopia, for example: it is Africa's second-most populous country and over 70% of Ethiopia's 84 million inhabitants are under 35 years old. These are young people who not only want to be entertained by television, but also desire access to the internet and, most importantly, to social media networks. Cable and fibre optics may be able to bring broadband connections to the large population centres, but more than half of all Africans live in non-urban areas. Around 300 million people live at least 50km from the nearest broadband cable or fibre optics connection and around another 400 million have no access to the internet whatsoever.

This demand is unmistakable: 10 years ago, Nigeria had less than one million landlines for telephones; today, this country of 150 million people has over 100 million mobile phone users. New 3G and Edge networks will boost this demand even more. By 20th June 2015, all TV systems in Africa must migrate to a digital platform, making television the fastest-growing segment in telecommunications.

Digital services will be more affordable for small channels and satellite technology is the best and fastest way to provide them. SES already has 10 satellites that serve the African region; ASTRA 2G, to be launched in 2014, will further improve broadcast and broadband services, particularly in the West African regions.

The needs of all human beings may be similar, but they must be met in different ways. Connecting more than one billion people in Africa requires more than providing satellite downlinks and uplinks. To respond to the economic and technical constraints that prevail in Africa's non-urban regions, SES has partnered with Samsung to develop a robust and affordable television set with an integrated satellite tuner. This Samsung/SES TV set is now being deployed in Ghana, Nigeria, Cameroon, Ivory Coast, and the Democratic Republic of the Congo. But to ensure true quality of service, SES needs to do even more: in Ghana, for example, the SES partner MultiTV was able to expand its customer base by 500% over the last two years, reaching more than one million subscribers in a country of 20 million. However, a survey showed that most satellite antennae use low-quality hardware and more than 70% of these antennae are mispointed. To address this problem, SES has become the first satellite provider on the continent to offer comprehensive installer training.

Demand for communications technology, and particularly for satellite technology, is growing. Over the past five years,the penetration rate for satellite services has increased by 16%. In non-urban Africa in particular, the market will look very different from urban or even Western markets. While households in the United States may consist of two or three people and own multiple TV sets, two families with over 20 people may all share one household in non-urban Africa. Entire villages may share one “entertainment centre”, where they can watch TV or connect to the internet. Broadband services will connect schools, medical centres or local governments. To understand the sensitivities of these markets, we need people on the ground. SES in Africa has its headquarters in Johannesburg, but we have also opened an offce in the Ghanaian capital of Accra to service West Africa and in the first half of 2013, we will open our East African offce in Addis Ababa, Ethiopia. We believe that the sky over Africa is not the limit, but the roadway to success.