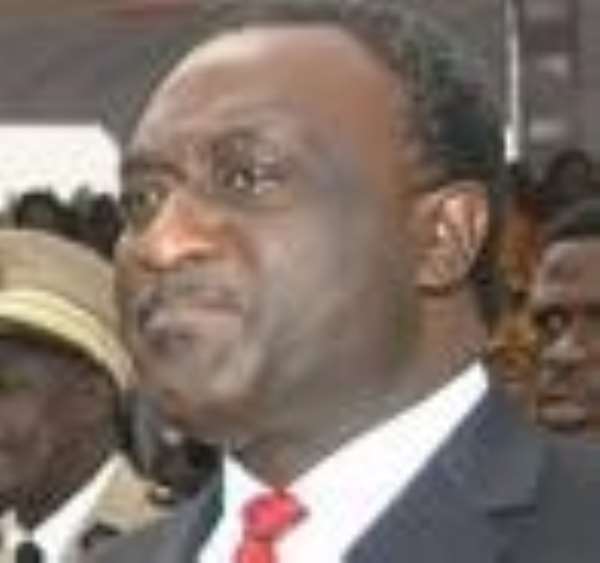 I am not a member of the NPP but I follow Ghanaian politics with an objective mind and keen interest. Simply because I strongly believe that an NPP administration has the competence, programmes and policies to give each and every Ghanaian a fair opportunity. That is why the current reorganization of the Party at the national level is of utmost interest. It is important to note that the general elections in 2016 will be crucial to the survival of the Party. Therefore, the Party ought to position itself to win the 2016 elections, and that positioning starts with the restructuring.

I am following the general secretary race closely and do not have a preferred candidate. Although I must admit that Sir John, who is the incumbent general secretary, still has a huge fan base and it will be very difficult to reduce that. His supporters say he is generous and is consistent when dealing with the NDC.

Another interesting candidature is that of Kwabena Agyepong. He has been on the scene for quite some time and seems to be a strong contender for the position of general secretary. If social media is anything to go by, particularly Facebook, one would say his handlers are doing a good job with his campaign. He however has fewer followers than Yaw Buaben Asamoah on Facebook, which should give him cause to worry.

There are a few things about Kwabena's campaign bid that I have noticed that I find are worthy of comment. Before I proceed, I wish to state that this is my opinion and I am entitled to it just as you may be entitled to yours. It may be correct or wrong but these are my observations. As a floating voter with no political party affiliation, I am entitled to assess and question a particular party and the way it is organized. So here we go.

What I have heard from my friends in NPP is that Kwabena will not be willing to make those sacrifices. I questioned the basis for their belief. One friend cited an example. He said that he was personally at Dzorwulu together with other supporters of the NPP when they heard that the election results were being manipulated from an office there. He explained that Yaw Buaben and Sammi Awuku came around immediately and led them to that office. After the event, they reported to Kwabena at the Kanda office and his response was that what Yaw Buaben and Sammi Awuku did at Dzorwulu was a senseless act and that he (Kwabena) will never do such a thing. They strongly believe that when push comes to shove in 2016, Kwabena will not join them on the ground to prevent an injustice.

Another set of friends from the NPP believe that electing Kwabena as general secretary will deepen the perceived factionalism in the Party. Kwabena's handlers have portrayed him as a candidate who has worked with all perceived factions of the Party and will be a unifier. This has been without success. Kwabena is widely known as an “Alan Kyeremanten boy”. In that he was a member of the Young Executive Forum founded by Alan in the 90s and worked as Alan's campaign manager in the NPP presidential primaries in 2010.

The public's perception is that if Kwabena is to win the general secretary race, he will do Alan's bidding against Akufo-Addo in the presidential primaries. It is believed that one faction will control the secretariat of the Party if Kwabena wins, and if truly the Party wants to eschew the perceived factionalism then it must avoid Kwabena.

Also, it is obvious that the Party will retain Akufo-Addo as its candidate for 2016. And thus, if the perceived factionalism still exists, it may be translated into undermining Akufo-Addo's third presidential bid, if he does not win the general election; especially against the backdrop of Kwabena's demonstrated unwillingness to join the people on the ground to demand justice.

Others say that Kwabena's ultimate goal is not 2016 but rather 2020. Some say he is preparing the Party for Alan's bid in 2020 whilst others are of the view that his preparation of the Party is for himself. It is believed that his campaign around the country is to familiarize himself with delegates for that purpose. He may be interested in building the structures of the Party as he has stated but not necessarily to win power in 2016. Indeed if the Party structures are set up properly and made to work, he will be in a position to make the argument that he did that and for that reason he should be given the chance to lead the Party in 2020.

Also, Kwabena still has presidential ambitions following his loss in 2007 and it is suspected that when push comes to shove in 2016, he will compromise to position himself accordingly. Many still hold the view that Kwabena, who resigned as the spokesperson for President Kufuor to contest as one of the 17 candidates in 2007, contributed to the current divisions in the Party and therefore it does not lie in his mouth to describe himself as a unifier.

Anyways, I will continue to follow the campaign for general secretary closely. I hope Kwabena's handlers will address these issues affecting their candidate rather than sweeping them under the carpet.